Bigg Boss 13: Akanksha Puri lashes out at boyfriend Paras Chhabra's 'forced tattoo claim', says she is 'upset and hurt' by his remarks

Bigg Boss 13 contestant Paras Chhabra has been in a relationship with girlfriend Akanksha Puri for almost three years, but his stint on the reality show seems to be affecting their bond now. In one of the previous episodes, Paras had said that he was in a forced relationship with Akanksha because each time he tried to break up, she would end up crying. He also said that the tattoo on his wrist (her name) was forced by her. Paras had also alleged that when they had briefly split for a few months around one-and-a-half years ago, and he had moved on, she had dated Sidharth Shukla.

A leading daily reached out to Akanksha for her reaction to this. An upset Akanksha said, “The tattoo on his hand was a surprise gift from him. I was in the middle of a shoot when he sent a picture of the tattoo on my phone. And because he had tattooed my signature, I got a tattoo of his name. I never thought that he would cook up this story inside the house.”

The actress said that she is shocked by his behaviour because everything was fine between them before he entered the house. “This is not a forced relationship. I am financially and emotionally strong, and I don’t need a man in my life. If he tells me that our relationship is over, I will be more than happy to let him go. When he went inside the house, we did have a conversation that he would do anything to play the game, but I never thought he would malign our relationship. I had always told him to keep me out of this. Had I wanted to make things dirty for him, I would have accepted the Bigg Boss offer that had come to me some time ago. I never did that because I am happy acting in my TV show.”

Akanksha also said, "I have always supported him in whatever he did inside the Bigg Boss house, but I am really very upset and hurt this time." 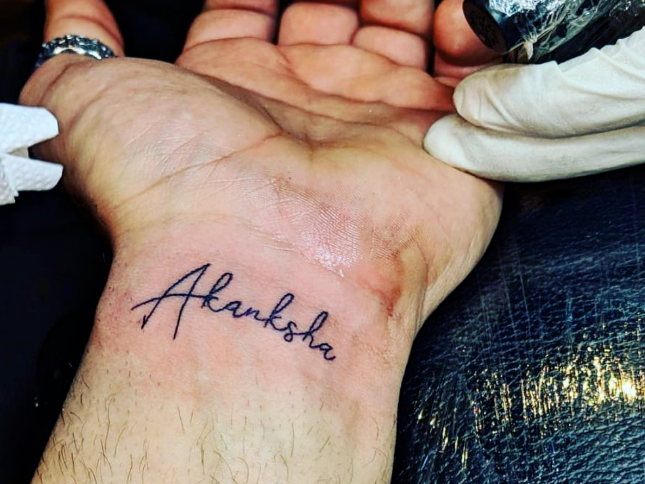 Akanksha added, “If this is a forced relationship, why has he given me his house keys, car keys and bank account details? He doesn’t have a manager and I am the one, who is coordinating his clothes and every other requirement inside the house.”

She is also upset that Paras has linked her with Sidharth. She said, “Sidharth and I have been friends and would meet occasionally. When I started seeing Paras, he had issues with that, so I stopped meeting him. When we broke up almost one-and-a-half-years ago, it was Paras, who had a brief relationship with an actress on the rebound, and only when he pleaded and his family got involved, did I agree to reconcile. Now, he is saying that I cheated on him. Sidharth is a nice guy, but Paras has spoilt my friendship with him.” 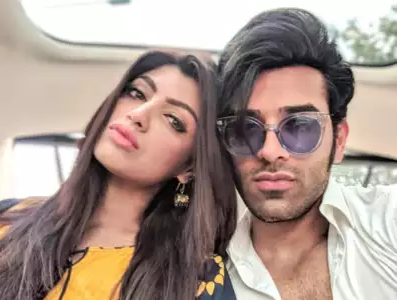 Ask Akanksha if Paras is a difficult boyfriend and she replies, “He gets hyper a lot and then he has no control over his language. After some time, he cools down and then apologises. In fact, he was the one who wanted me to make our relationship public after he felt that I was unnecessarily keeping it private. He may be hungry for work, but he has made our relationship a joke on national television and I can’t accept it. I am just waiting for him to come out of the house and confront him so that we can set things straight.”