In last night’s episode of Bigg Boss 13, house captain Sidharth Shukla ruffled everyone’s feathers the wrong way. The added privilege that he got from Bigg Boss to nominate inmates did not go down too well with anyone. On the other hand, many of them accused him of mismanagement of rations. Asim, Himanshi, Rashami, Arhaan, Shefali Jariwala, Vishal, Madhurima and Vikas refused to get out of bed even after receiving several warnings from Bigg Boss in their bid to rebel against Sidharth.

They gave the reason that they were sleep-deprived and blamed Sidharth for it. They said that since tea is not made available along with a few other items they are tired. After hearing their reasons, Bigg Boss gave them a special chance to reclaim their ration. 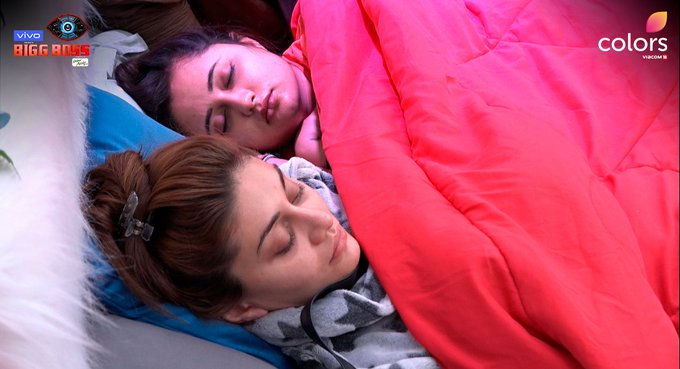 They asked the contestants to gather in the living room area and asked them to nominate two contestants whom they feel were responsible for the inefficiency. The inmates who received the maximum votes will be out from contesting this week’s captaincy. The housemates could not come up with a unanimous decision and started fighting again. However, Sidharth’s, Rashami’s and Vishal’s name kept surfacing. 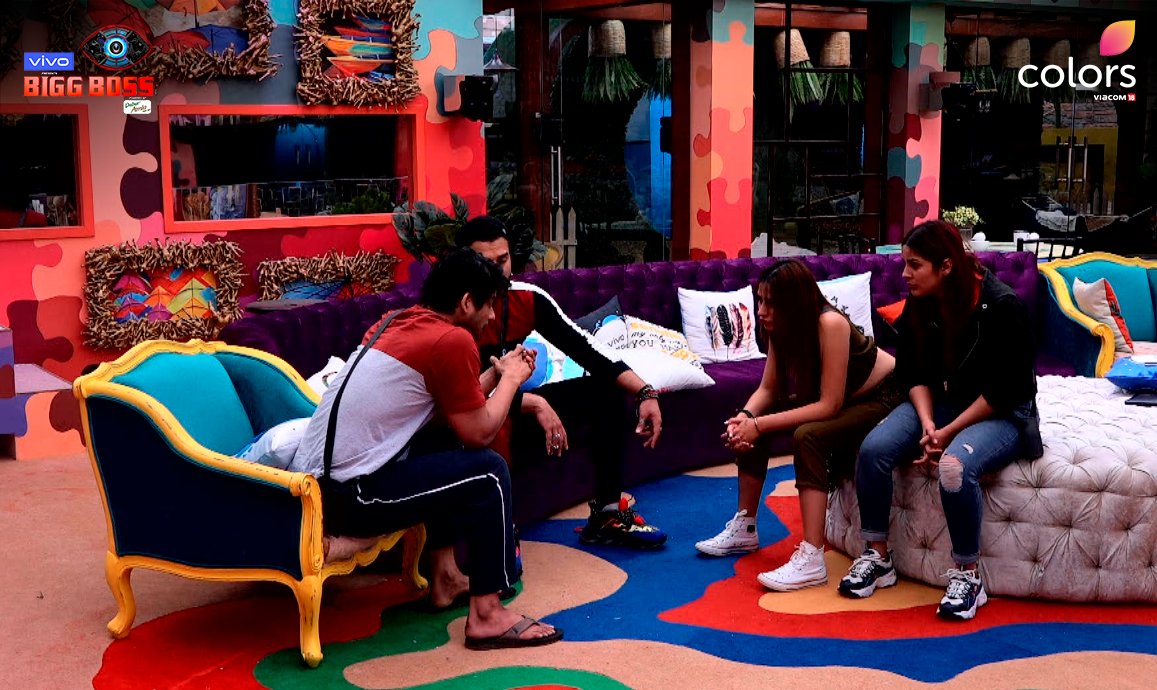 After all the fighting, Bigg Boss gives the ration back to the contestants. Later, Bigg Boss announces the ‘BB Junction’ task that would determine this week’s captaincy. A train was installed in the garden area with baggage lockers as a part of the task. Paras reads out the instructions of the task. The housemates have to snatch each others’ items post which they have to get inside the train. The last to enter or come out of the train will be out of captaincy candidature. Paras was kept out of the task due to his hand injury and Sidharth was asked to play on his behalf. 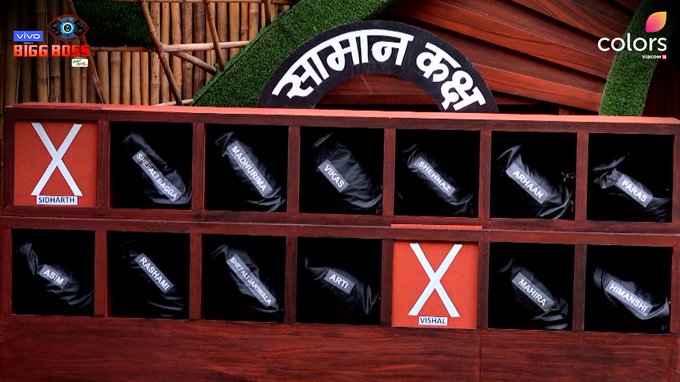 Each contestant was given a bag with their name placed in the baggage locker. On every buzzer, the contestants had to pick up a bag belonging to another contestant whom they want to save or disqualify. After that they had to wait at the station for the train to honk, post which they could board the train. The contestants had the liberty to not board the train but this would get them disqualified. Asim and Vishal were disqualified from the task. Paras was the moderator of the BB Junction task.

An ugly spat ensues between Sidharth and Asim. Sidharth pushes Asim that gets the latter to complain on camera. Sidharth is seen taunting Asim but Rashami and Arhaan defend him. The housemates try to get inside the train. After this, Paras declares that Arhaan is the last to enter but Bigg Boss reminds them that only one person should remain on the station platform but instead three of them are standing there. 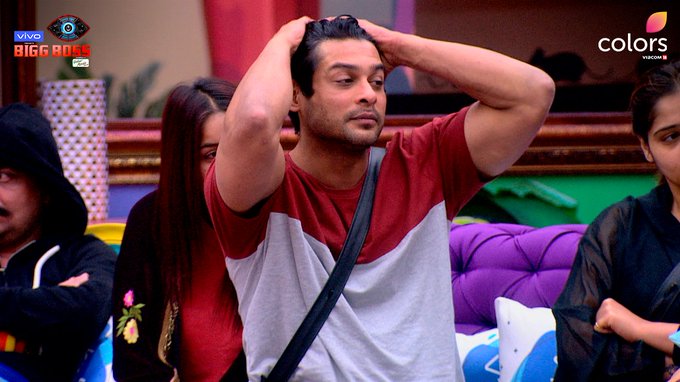 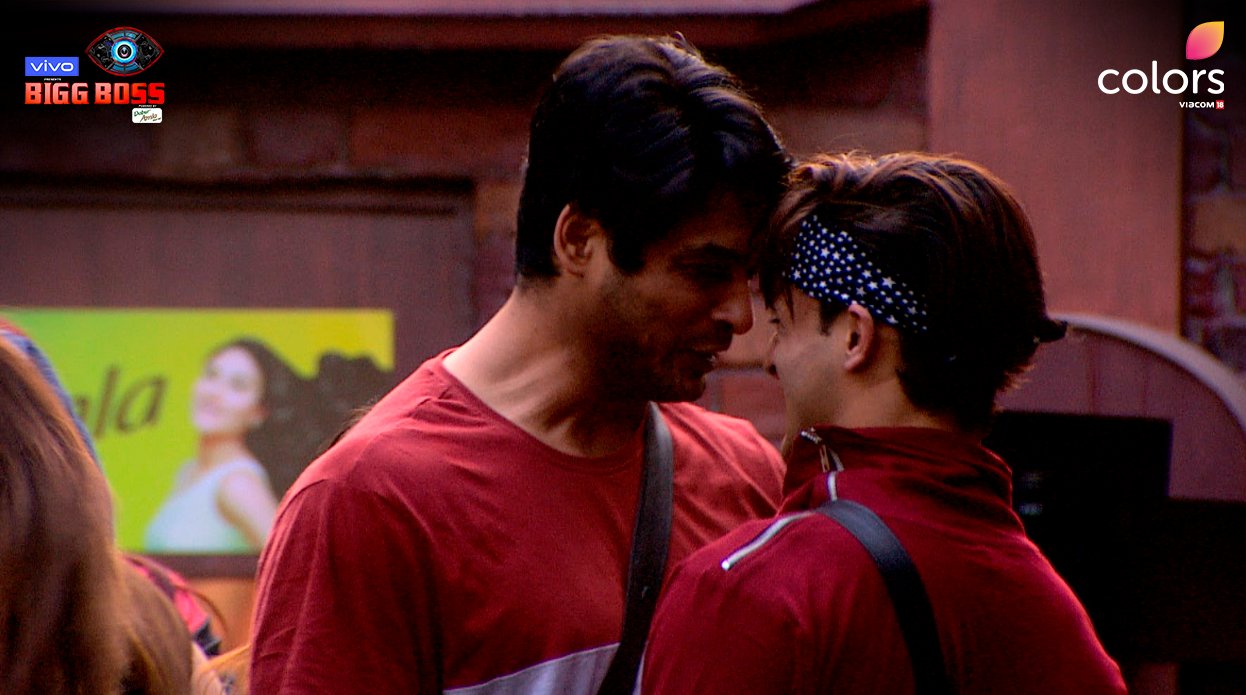 Bigg Boss reprimands Asim, Shehnaaz and Sidharth and tells them that they will be out of the task if they fail to enter the train and not follow the rules. Shehnaaz gets inside the train leaving Paras and Asim who are considered out of the task. Sidharth and Asim’s fight continues and the two of them resort to calling each other choicest names.