Cannes Diaries: Priyanka Chopra Jonas' classic white Honayda couture for her day 2 appearance at the soiree is an ode to the late Princess Diana!

After making a roaring debut at the most prestigious Cannes Film Festival, seems like there is no stopping for Priyanka Chopra Jonas. Staying true to her idea of recreating some of the best Cannes looks from some of the most iconic figures, this Quantico star has blessed us with another vintage look.

Deriving a stellar look from BFF Meghan Markle’s mother-in-law, late Princess Diana, she oozed sex appeal in her all-white avatar for the premiere of 5B Film at Cannes 2019. 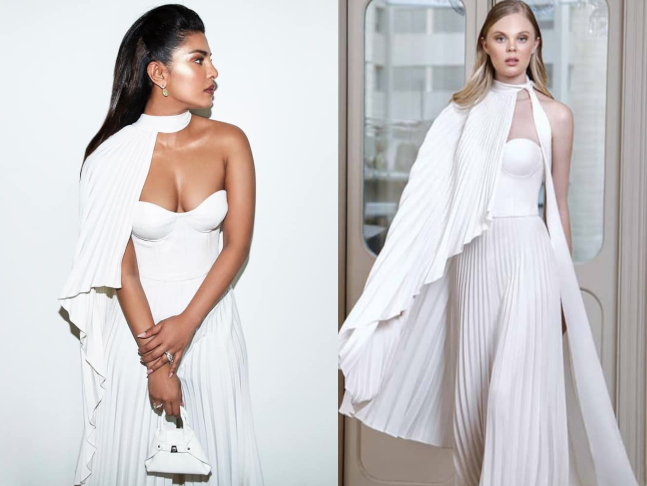 Styled by Mimi Cuttrell, PeeCee looked sharp, fierce and ultra-glamorous in Honayda couture. Her pristine white pleated jumpsuit with a corset top was paired with an off shoulder pleated cape. A mini Akris bag and dainty diamond danglers completed her overall attire. 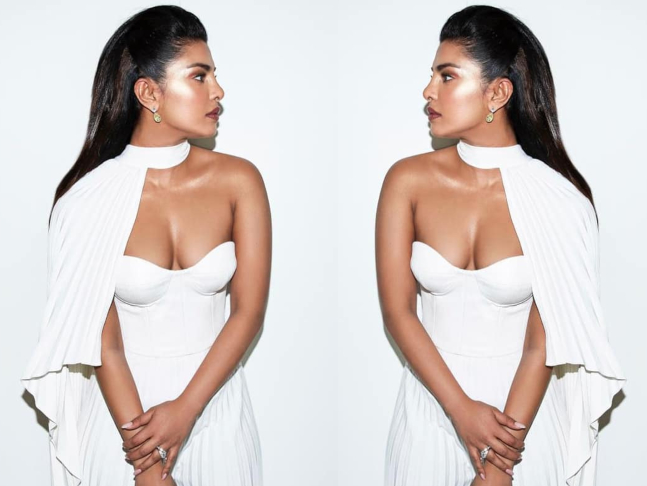 High on glam PeeCee opted for a loud shimmery makeup with bold bronze lips. With a neat pulled back hairdo, Mrs Jonas was all set to rule our hearts!

Is there anything that you cannot pull off, Priyanka?