Advertisement
HomeWEBCASTWebcast ReviewsThe Fame Game Review: Madhuri Dixit and the mysterious and dark side of stardom

The Fame Game Review: Madhuri Dixit and the mysterious and dark side of stardom

The following review is based on the first 4 episodes of the 8-episode series!

Not many filmmakers have explored the dark side of Bollywood in their films and shows. Taking up the challenge are directors Bejoy Nambiar, Karishma Kohli and creator-writer Sri Rao in their latest Netflix show The Fame Game. Starring Madhuri Dixit, Sanjay Kapoor, Manav Kaul, Muskkaan Jaferi, Lakshvir Saran and Gagan Arora, the show is produced by Karan Johar’s Dharmatic Entertainment. The Fame Game takes us into the life of Bollywood icon Anamika Anand, who is one of the most famous women in the world. When this loving wife and mom suddenly vanishes without a trace, the question ‘Where is Anamika?’ quickly turns into ‘Who is Anamika?’ as the perfectly crafted facade of her life is stripped away, uncovering hidden truths and painful lies in the life of a global superstar.

The show starts off quite ‘perfectly’ as we perceive every Bollywood star’s life to be. Anamika Anand (Madhuri Dixit Nene) returns home from an awards function with her husband Nikhil Anand (Sanjay Kapoor) and checks on her kids Amara (Muskkaan Jaferi) and Avi (Lakshvir Saran). However, the next morning Anamika goes missing leaving her family members and millions of fans tense. A manhunt ensues, which brings out the skeletons in not just Anamika’s closet, but also her husband’s. A troubled marriage, an illicit affair and professional rivalries come to the fore as it is revealed what Anamika was going through. The police start suspecting Nikhil but then swiftly move to Anamika’s ex-boyfriend Manish Khanna (Manav Kaul), with whom she was reuniting on-screen after 20 long years. 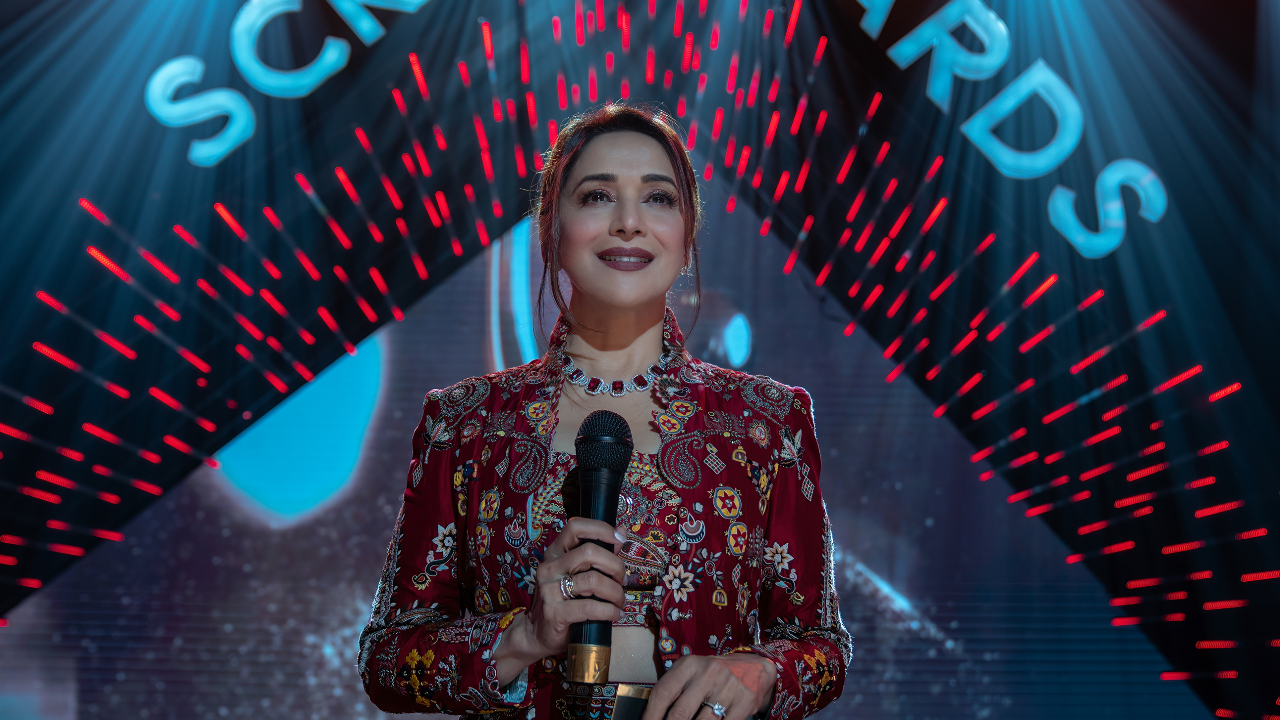 As investigations proceed, the lesser-known and the dark aspects of Anamika’s life surface. The entire story is running in flashbacks. While pretending to lead a perfect life with her family, Anamika often questions her real identity as she is someone who plays “a new role on-screen every day”. The first four episodes are suspenseful, mysterious and offer the right amount of chills and thrills. The Fame Game is engaging and keeps the audience hooked. It also leaves the viewer with way too many questions and very few answers in hand. The ending of the fourth episode is shocking and leaves us wanting for more. The only thing that might get confusing is the to and fro between the past and present and several timelines running at the same time.

Performance-wise, the makers could not have gotten anyone better onboard to play Anamika Anand. Madhuri Dixit walks, talks and looks a class apart! As Anamika, Madhuri plays her part with much conviction and blends the perfect amount of glam with thrill. It’s also quite ironic to see Madhuri, the most non-controversial superstar of the ‘80s and ‘90s, getting into the skin of Anamika, whose life is nothing but a living controversy filled with dark secrets. Hats off to Madhuri for her flawless and effortless chemistry with Manav, who plays the role of superstar Manish Khanna brilliantly. 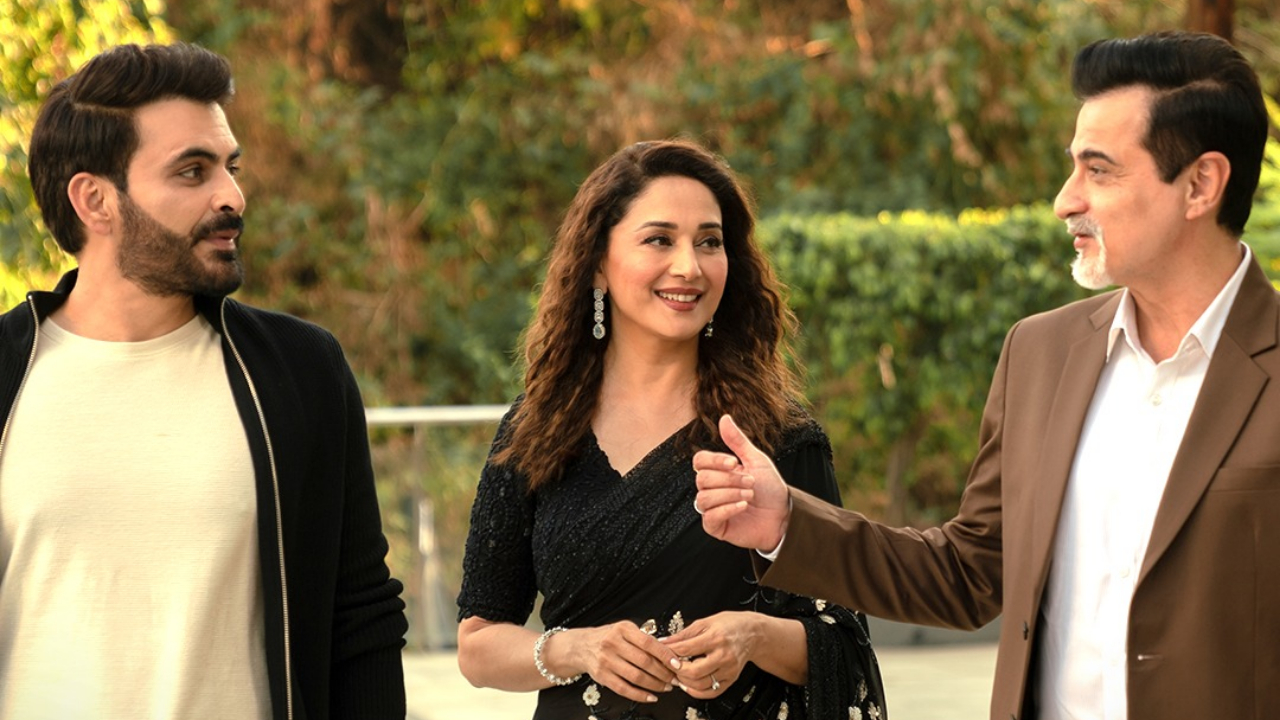 Sanjay as Nikhil is evil and he looks his part quite convincingly. Be it his dialogue delivery or body language, Sanjay aces his role. Sanjay and Madhuri’s on-screen kids Muskkaan and Lakshvir add the right amount of suspense to the story, they have their individual storylines running in parallel. Kudos to Gagan Arora for making the plot even more gripping by playing Madhuri’s die-hard fan.

Writer and creator Sri Rao manages to keep the storyline gripping and engaging at all times. He makes sure to take us through the highs and lows that accompany stardom and its effect on families – the secrets they hide and the games they play. Directors Bejoy Nambiar and Karishma Kohli do justice to his vision and make the show entertaining as well. Manoj Kumar Khatoi’s cinematography deserves appreciation. Monisha R Baldawa’s editing, however, could be more streamlined. Music by Andrew Orkin and Harini Raghavan matches the suspenseful and glamourous tone of the show. 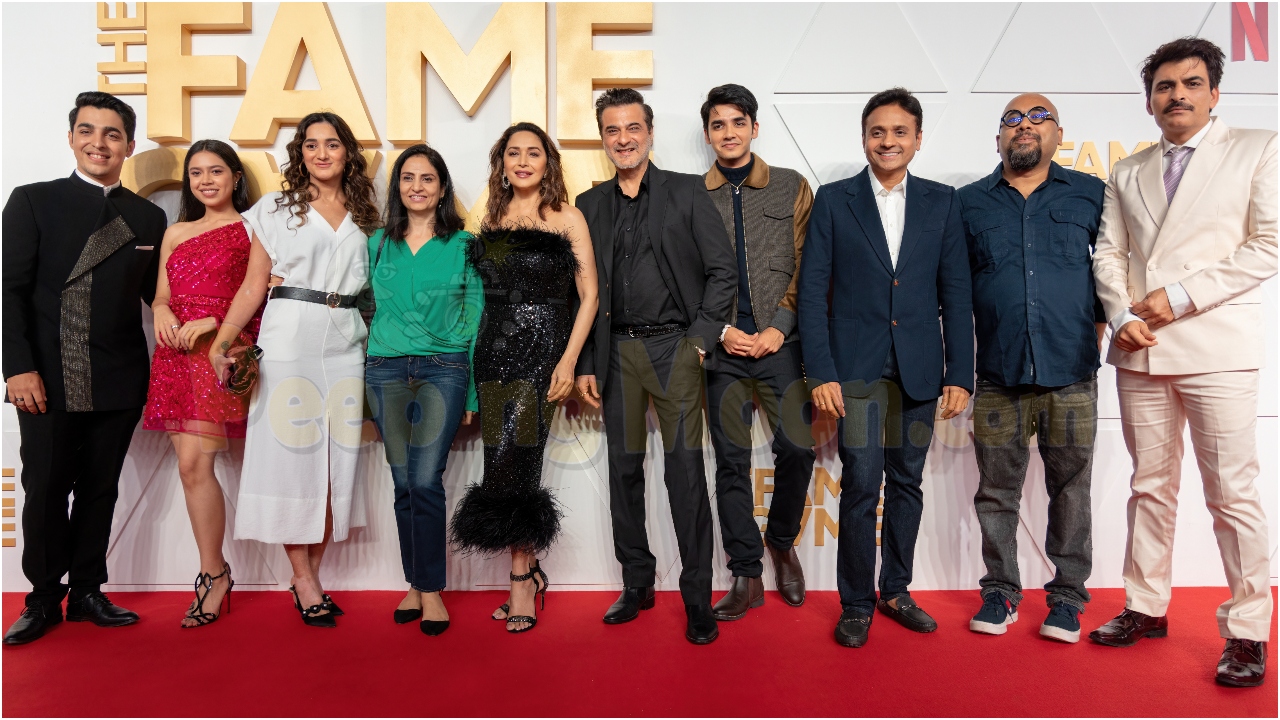 Watch The Fame Game to explore the ‘not so fancy’ side of Bollywood and of course, for Madhuri Dixit!