Navarasa, created by Mani Ratnam and Jayendra Panchapakesan is an anthology film with nine stories that depict nine rasas or emotions. The film was a highly-anticipated one as it boasted a stellar star cast of southern film industry actors and equally reputable directors helming the nine shorts. However, Navarasa is a mishmash mélange of emotions with some stories that are good and some mundane. Navarasa is the film industry’s effort to contribute to the welfare of its members which is highly commendable. 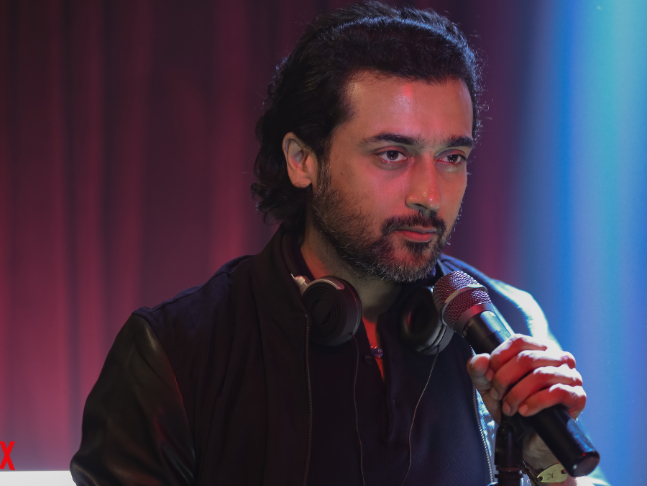 Directed by Gautham Vasudev Menon, Guitar Kambi Mele Nindru stars Suriya and Prayaga Martin. The film boasts of good music and is romantically rich but the film fails to ignite real passion in the audience as well as the characters. The romantic conversations go on and on and ends up repetitive like the earlier films of Gautham. It is slow and tedious and might appeal to teenagers but for adults it will definitely not cut the deal. Based on Thi Janakiraman's short story Paayasam, director Vasanth has done justice to his short and beautifully adapted the literary work to screen with the legendary actor Delhi Ganesh. Rohini, in a brief role supports admirably. The film depicts the ancient Brahmanical culture and the ego tussle and jealousy that is prevalent in the family is showcased realistically by Vasanth. Summer of 92 is directed by Priyadarshan and is based on a true story. Starring Yogi Babu, Ramya Nambeesan and Nedmudi Venu the film is lets them down due to a weak script. However, the climax brings will definitely bring a smile on your face with its heartwarming scene concerning a dog. 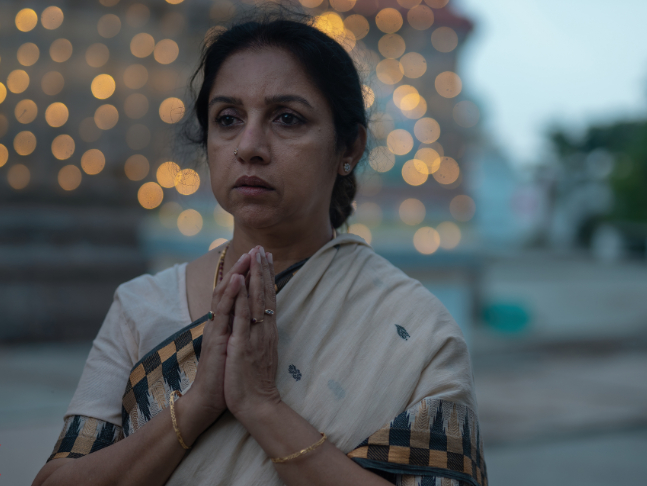 Directed by Bejoy Nambiar, Edhiri stars Vijay Sethupathi, Ashok Selvan, Prakash Raj and Revathy in the lead. Written by Mani Ratnam the film starts off on a promising note but ends in a lackluster ending that do not do justice to the stellar cast. Vijay Sethupathi and Revathy are good but the whys, hows and why nots of the film resonate a little too much for it to create any impact on the minds of the audience. 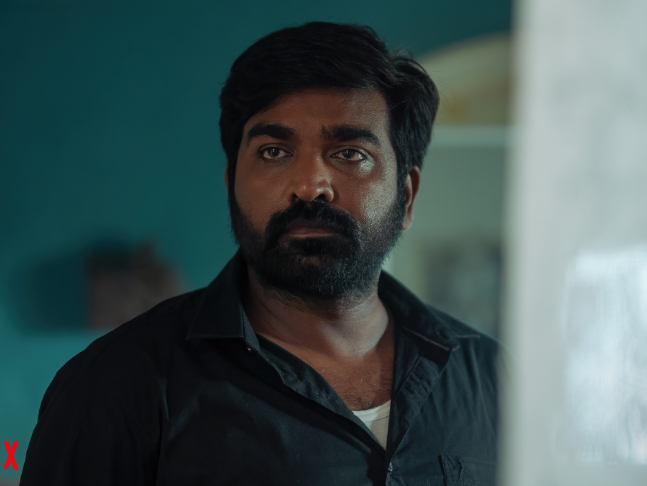 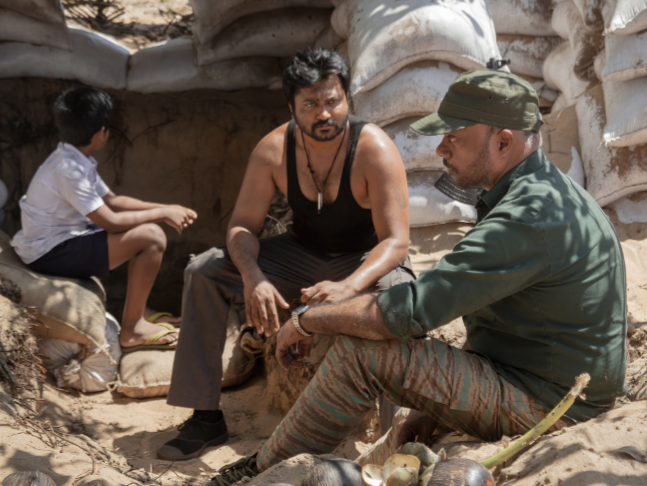 Directed by Karthik Subbaraj, Peace stars Bobby Simha, Gautham Vasudev Menon, Master Tarun, and Sananth in the lead and revolves around the Eelam war. However, irrespective of solid performance by Bobby Simha and an interesting premise the film fails to capture the pain, anguish and subsequent momentary peace in its narrative. 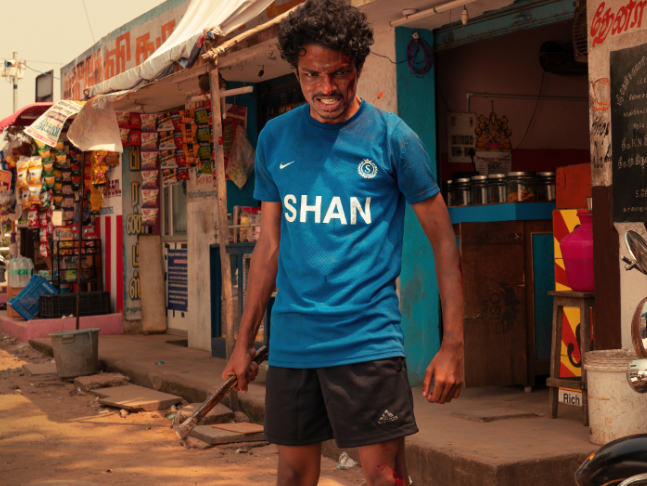 Directed by Arvind Swami, Roudhram is easily one of the best shorts of Navarasa. Swami makes an impctful directorial debut with Roudhram that stars Pasanga Sreeram, Geetha Kailasam, and Rythvika. The film is further bolstered by the cinematography of Santosh Sivan, AR Rahman’s music and the hard-hitting story of Selva and crisp writing of Madhan Karky. 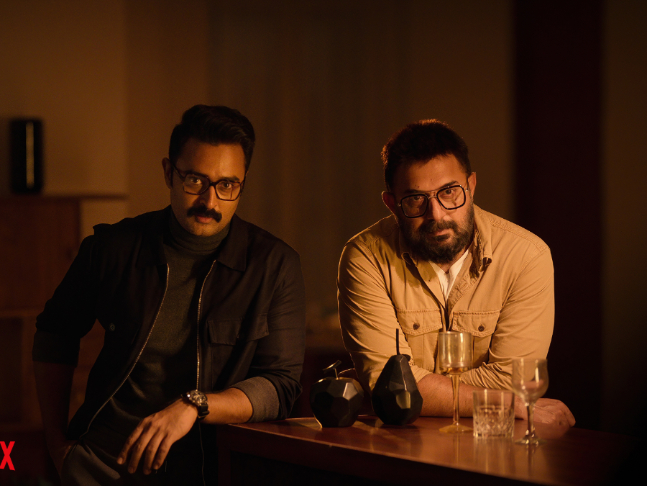 Directed by Karthick Naren, Project Agni stars Arvind Swami and Prasanna in the lead. The short film is good and needs your utmost attention as it is in the sci-fi genre and seems to be inspired by other iconic Hollywood flicks. The short is extremely good and has the potential to develop into a full-fledged feature film. Inmai stars Siddharth and Parvathy Thriuvorthu and is directed by R Rathindran Prasad. The film has an interesting premise as the story revolves around the djinn and brings to fore lust, fear and guilt. In comparison to the older star cast it is young Ammu Abhirami who steals the show in this film. 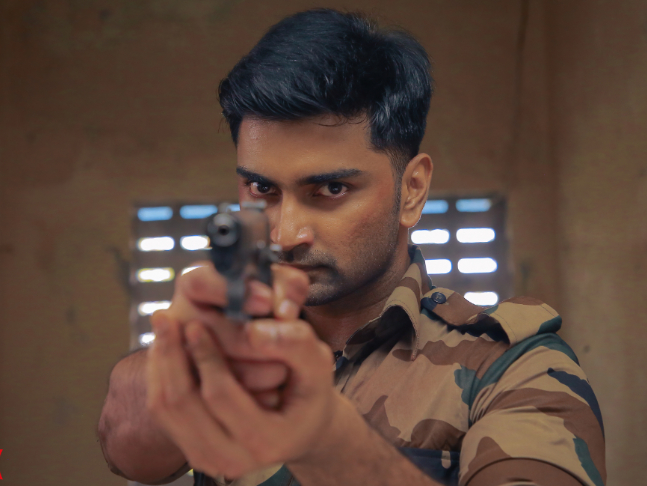 Thuninitha Pin is directed by Sarjun KM and stars Atharvaa, Anjali and Kishore in the lead. Written by Mani Ratnam, the film fails to live up to the hype that a Ratnam film has. The short is let down by a weak script that lacks punch with below-par execution and a not-so-thrilling plot.

Navarasa is uneven and patchy with few good shorts, few passable and few utterly unpalatable. It is not worth binge watching and should be seen spaced out, otherwise it becomes too exhausting.