When a project brings two talented actors together along with the proverbial adrenaline rush of a sport you automatically get your hopes high. However, Eros Now’s series 7 Kadam can only boast of coming together of Amit Sadh and Ronit Roy and a somewhat interesting title. The series was shot six years ago and the advent of OTT got the makers an opportunity to release it digitally, albeit everything comes across as stale.

7 Kadam starts off with a football game between Asansol 11 and Kolkata Bagan, where Ravi (Amit Sadh) needs to score a penalty shootout. However, this penalty will not only decide his team’s win but also his father’s (Ronit Roy), the coach of the opposition team’s fate and future of their family. 7 Kadam begins on the flashback mode and is the story of a father-son bond, who share a passion for football but are divided by different ideologies due to the generation gap. 7 Kadam or seven steps is the distance between the ball and the striker during the penalty shootout. 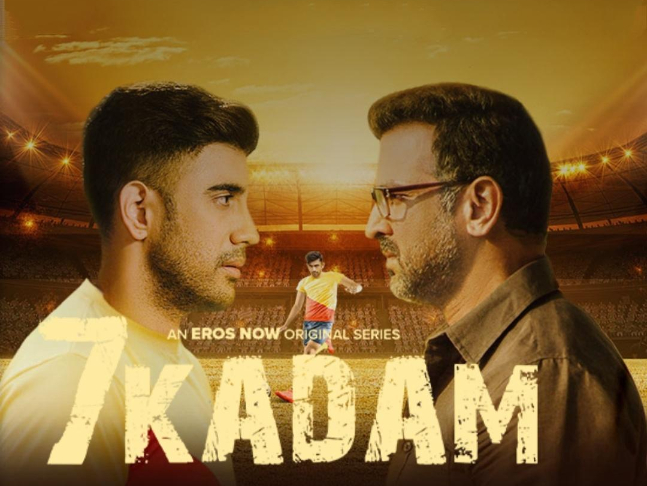 Ronit plays Aurbindo Pal, a former star football player whose dreams of becoming the national champion remained fulfilled after sustaining a leg injury. He now wants his son to realize his broken dream and trains him to be an ace footballer. However, Ravi (Amit Sadh) has his own viewpoint as he has seen his father struggle to make ends meet and decides to go against him so that his family doesn’t suffer anymore. In between, the father-son strife is the mother played by Rohini Banerjee who detests the game and tries to maintain peace and balance between the fiery duo.

Since the series is set in Kolkata, the makers seem to think to bring in a liberal dose of Bengali. However, the weird mix of Hindi and Bengali (Hin-gali) will make you cringe with horrible accents, unnatural and hard-to-believe dialect. Nobody in Kolkata or in Asansol speak the way the cast of 7 Kadam does giving the series a cringe-worthy effect. 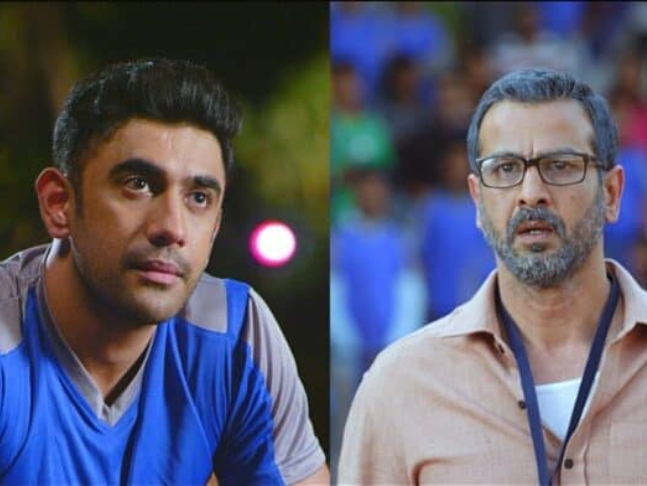 Except for Ronit’s and Amit’s performance there is no saving grace for 7 Kadam. The makers would have done better to focus more on these two rather than bringing in superfluous characters who only hinder the narrative. Deeksha Seth who plays Ravi’s girlfriend Kiran is especially jarring with her fake accent and over-the-top acting. Her insistence on following or let’s say stalking Ravi makes you wonder whether that was not the reason for him to accept her as his love interest.

Mohit Jha’s direction lacks the bite and the inspiration needed for a sports film. His scenes fall flat and the characters don’t appeal. The lackadaisical approach of the direction, screenplay and narrative makes this sports drama lose steam right from the word go.

7 Kadam brings in the familiar tropes of Kolkata- the jhalmuri vendors, trams, Howrah bridge, yellow taxis, Durga Puja and all but does nothing to add to the allure of the city. The series is a humdrum affair and can be easily missed this weekend.