Inspired by true events, 1962: The War In The Hills is a fictional tale about one of the fiercest battles ever fought where the main enemy was not the one who invaded the border but the harsh climatic conditions. Director Mahesh Manjrekar’s series starring Abhay Deol, Mahie Gill, Meiyang Chang, Sumeet Vyas, Akash Thosar, Rohan Gandotra, Annup Sonii, Bijou Thaangjam, Karim Hajee, Rochelle Rao, Pooja Sawant, Vineet Sharma, Hemal Ingle and others recounts the events of Indo-China War of 1962. 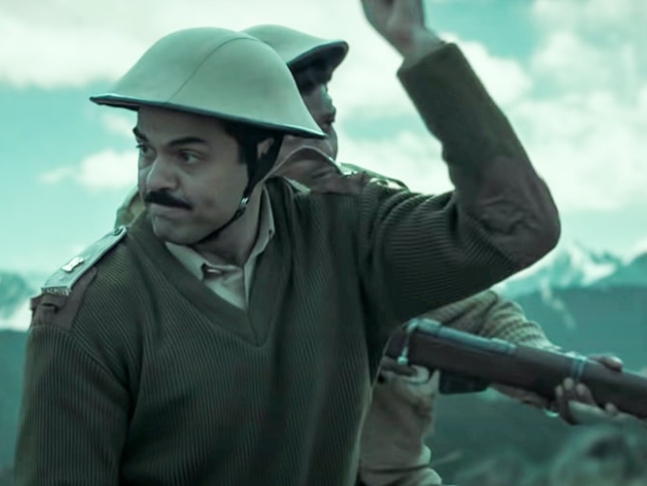 The series shows the interwoven lives of soldiers of ‘C Company’ hailing from the village of Rewari, who under their enigmatic and pragmatic leader Major Suraj Singh (Abhay Deol) must win over their personal battles, heartbreak, longing and celebration to band together and hold up a strategic pass that stopped the infiltrating army from taking over the prime airstrip of Chuhul in the Leh district of Ladakh. They come together in the harshest battlefield fighting ‘to the last man, last round’ at Rezang La to ward off the enemy in the war that caught the country off guard. The series showcases how 125 Indian soldiers fought more than 3000 Chinese soldiers at Galwan Valley and Rezang La in 1962; a war that was famous for being fought only on land without any help from the air force or the navy on both sides.

1962: The War In The Hills takes time to build up the premise but once it does, the narrative moves swiftly to the war at hand. Abhay as Major Suraj Singh leads his men from the front. He is calm, composed and controlled. Showcasing a cool exterior, the man is tenacious and shrewd and knows how the enemy will attack. Abhay excels in the role of the man of action, who is revered by his men and thought highly of by his superiors. 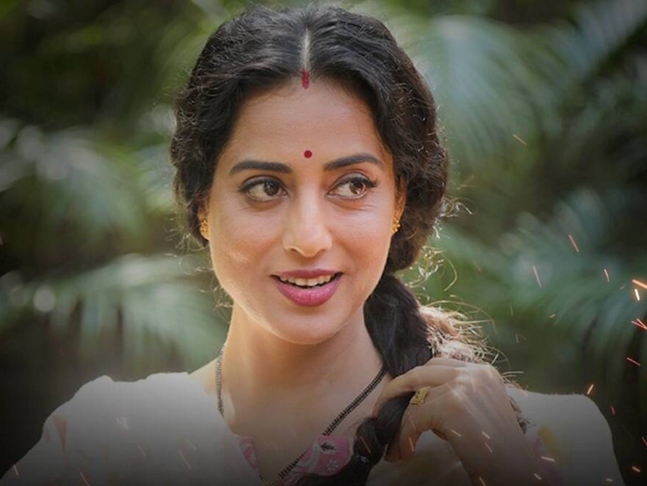 Sumeet Vyas plays Ram Kumar, a widower with a young son whose bane is his anger. The actor displays impeccable acting and your heart goes out to him as he repents over his guilt and actions taken under anger and impulsiveness. On the other hand, Akash Thosar of Sairat fame plays Kishen, a young soldier who embarks on a relationship just when he is called to the front. Rohan Gandotra, Annup Sonii, Vineet Sharma and Karim Hajee also impress with their performance in the show.

Meiyang Chang as General Lin showcases an enemy who is tenacious, cunning, intelligent, yet a man of honour. Leading the antagonist army he still cuts an impressive figure and it is hard to hate him, also for the fact that he is presented as the most stylish of all men with a different music and camera angle that accentuates his commanding presence. Chang does a commendable job and is brilliant in his role as the man who waged war on behalf of China. 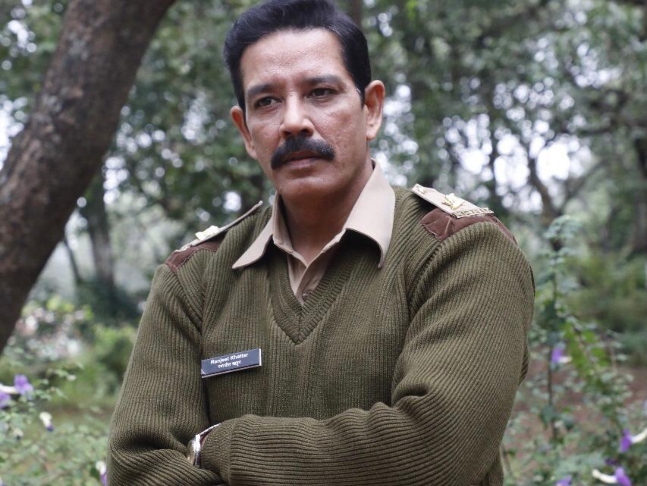 The ladies of 1962: The War In The Hills are not mere objects or tokens even though the series is predominantly about the battle. Led by Mahie Gill, they all show authority over the scene. Mahie plays Abhay’s wife Shagun who has her own personal demon of ill health to fight. Hemal Ingle, Rochelle Rao, Pooja Sawant bring forth the love and tensions brimming in the soldiers’ personal lives. Rochelle excels in the role of a Ladakhi girl and Hemal is bang on as the bubbly, yet resolute girl. Pooja provides the semblance and gravity of what war’s aftermath can do to the soldiers’ family while Pallavi Kulkarni is the perfect wife and daughter-in-law.

Director Mahesh Manjrekar’s series takes time to build up its premise and lacks pace in the first few episodes. However, the veteran filmmaker takes reins when the show goes into full war mode. The series should be applauded for bringing to life a part of history that has long been forgotten. The series is also impactful as it has released in the present scenario when the tensions are once again mounting at the border with the Galwan Valley skirmish and Doklam stand-off. However, Manjrekar's direction lacks the credibility of his acclaimed films which earned him applause. The show is tedious and harps more on the lives of the men at home than at the warfront. 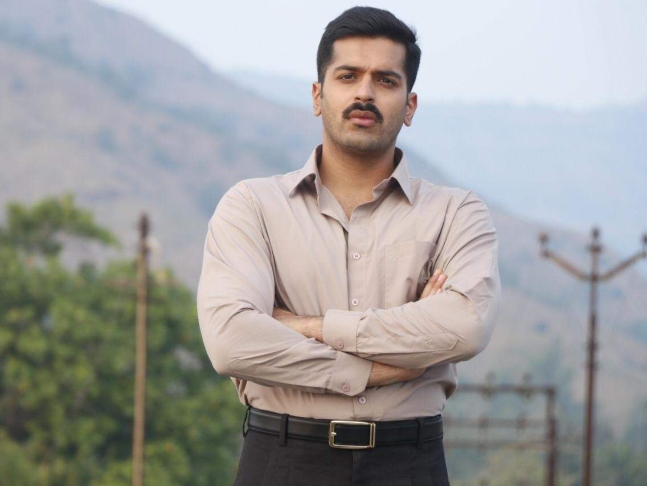 Writer Charudutt Acharya gives a pretty well-rounded arc to all his characters. However, the first few episodes are a bit lackluster and tepid. Still, he deserves credit in bringing a happy ending to a war epic which leaves the audience feeling victorious, even when the ultimate war is lost. The story and screenplay also highlights the inept leadership and the unsympathetic attitudes of bureaucrats, politicians and armed officials, although they are all ridden with clichés.

Karan B Rawat’s lens captures the beauty and barrenness of Ladakh and India’s border territories beautifully. His cinematography brings to life the harsh and cruel climatic conditions of our country’s northernmost borders which our soldiers battle everyday to survive. Hitesh Modak’s music is befitting to a company going to war with limited provisions but with fervor and fighting spirit in their hearts. The songs are melodious and soulful. World renowned action choreographer Don Lee’s action sequences give a unique way of combat to each soldier. The stunt scenes are the heart and soul of the series and even though it is a war epic, the blood and blasts are not gory. The hand-to-hand combat scenes are especially exciting. 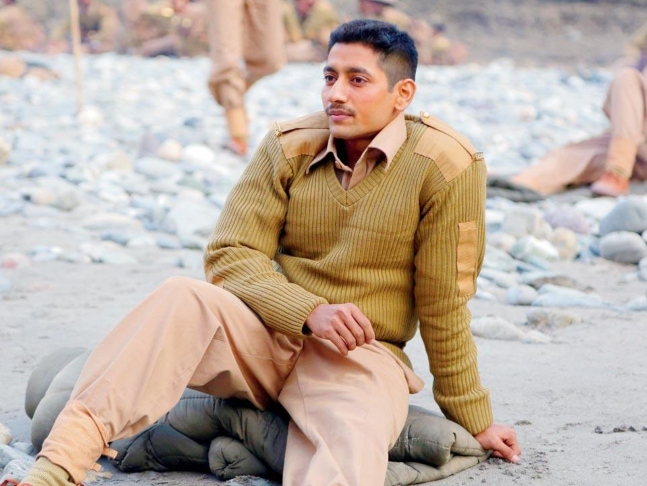 Despite the slow start, 1962: The War In The Hills makes for a compelling watch. It’s not a documentary but does give a fair idea of what happened during the Sino-India War and brings to life a part of history that has been long forgotten. It might compel the audience to revisit a war that happened 58 years ago and learn more about what people went through, both at the border and at home when India neither had the ammunitions, provisions or war strategies.

PeepingMoon.com gives 1962: The War In The Hills 3 Moons.