Advertisement
HomeWEBCASTWebcast ReviewsFabulous Lives Of Bollywood Wives Review: Wish there were scandals and gossip in the open lives of these Bollywood wives!

We, as girls, have vivid memories of the moments spent with our BFFs. From dressing up for cocktail parties to slipping into comfortable pajamas for movie marathons and gossip sessions. Adding a touch of glamour and drama to these times, Dharma Productions got Bollywood wives and buddies Neelam Kothari Soni, Maheep Kapoor, Bhavana Pandey and Seema Khan for this series titled Fabulous Lives Of Bollywood Wives.

As the title suggests, the lives of these four Bollywood wives and close friends is fabulous, fun and lavish. Maheep, a jewelry designer, is married to actor Sanjay Kapoor and mother to Shanaya and Jahaan. She belongs to Bollywood’s second biggest Kapoor dynasty where every other kid is a part of the industry. According to her friends, Maheep is someone who doesn’t hold back her feelings. 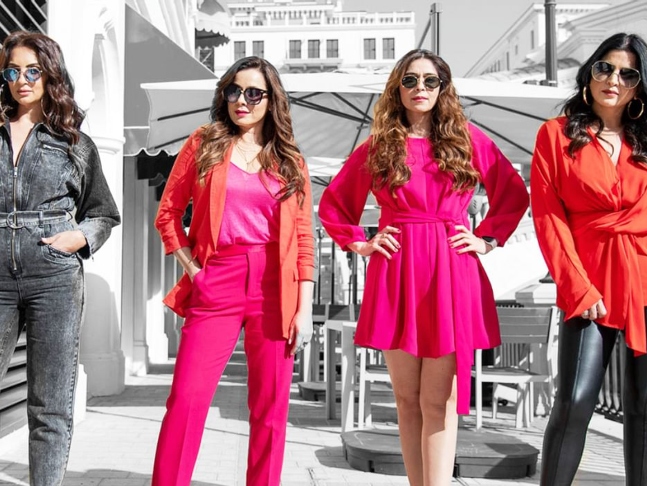 Bhavana is actor Chunky Panday’s wife and mother to actress Ananya and Rysa. She is a former flight attendant, model, VJ and now, the founder of the clothing label LoveGen. Her niece is Sohail Khan’s wife Seema, a fashion designer. But Seema doesn’t call Chunky and Bhavana “Uncle” and “Aunt”. She  is ‘mufat’ while Bhavana is ‘spiritual’.

The fourth member of the group is Neelam Kothari Soni. Having started her career as an actress at a young age, Neelam sees the world differently. After 20 years, she wants to make a comeback. Her husband, the actor Samir Soni, encourages her, but Neelam is skeptical because of the nature of roles offered to her.

These four friends have known each other for more than two decades and their bond is unconditional. From gossiping to witnessing highs and lows, they have seen the good and worst together. 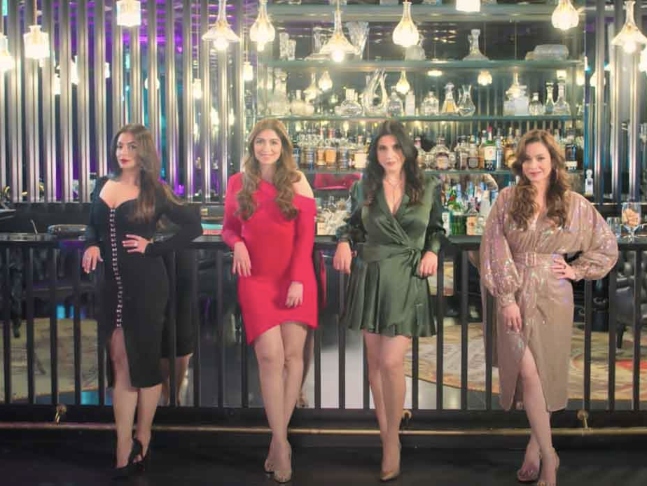 The series begins with Maheep, Sanjay and their daughter Shanaya going to Paris to attend the Le Bal des Débutantes where Shanaya makes her glam debut leaving her parents gushing and proud. Maheep, an obsessed mother, tells her husband that she wants her children to discuss crushes, heartbreaks and disappointments with her. But Sanjay is still a simple Chembur guy. He wants his daughter to not live in fairytale moments.

Chunky, in a conversation with his wife, feels it’s cool to sport a beard that makes him look like ‘Tony Stark’. But Bhavana objects saying this is unlucky for their daughter Ananya’s upcoming film. Chunky gives of his best here. Seema, who is a perfectionist, proudly confesses to DM Kim Kardashian often, while Neelam is a figure of poise and elegance.

This is just the introduction. Fabulous Lives Of Bollywood Wives takes an ugly turn after Bhavana and Seema end up fighting, but alas, none of this connects with the viewers. Though the nature of the show demands that you don’t take anyone seriously, it could have a little more glory than all gloss. After a point, the first world problems of Bhavana, Maheep, Seema and Neelam fail to excite due to the absence of scandal, sassy dialogues and revelations.

While fashion-wise, the show is inspiration for a new closet, the college day fights over trivial things on the web are like a spirited Whatsapp group chat between the girl gang, which would have been gossip and spice if skeletons instead had tumbled out of these closets.

Fabulous Lives Of Bollywood Wives sees Bhavana, Maheep, Seema and Neelam playing themselves while celebrities like Arjun Kapoor, Karan Johar, Ekta Kapoor, Malaika Arora, Shah Rukh Khan, Ananya Panday, Gauri Khan and Janhvi Kapoor make cameo appearances. The newly-released Netflix series can become a guilty pleasure for many. It’s a rosy look at the gloss, glamour and fun of these fabulous wives but could do with emotional depth because they are adults into their 40s and 50s fighting over minor issues. 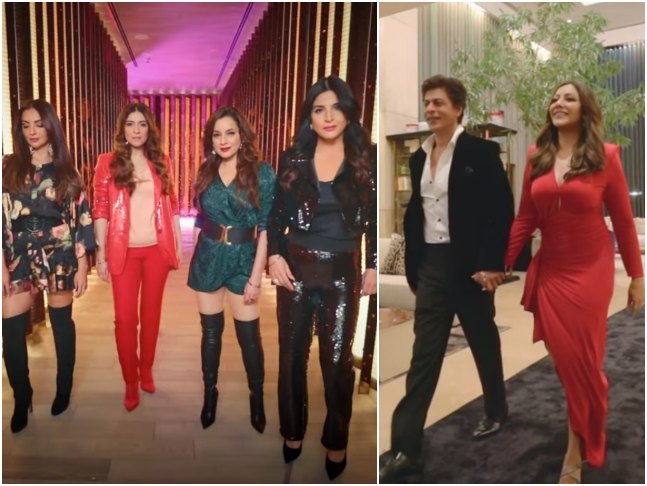