Actor Jitendra Kumar and understated ease can be used as the perfect synonym for each other. In Netflix's new offing Chaman Bahaar, he is Billu, son of a government employee in Raipur. The hinterland boy refuses to obey his father's diktat to take up a 'sarkari job' in the forest department. Billu wants to carve his niche in the world and ends up opening a paan (beetle leaf) shop on a busy highway. Moving at an unhurried pace to narrate a story of old-world simplicity, Billu wants to be known by everyone in the town which moves at a snail's speed. His life shifts next gear when a teenage girl Rinku (Ritika Badiani) moves to his small town. Suddenly, all men are swooning over the minor school-girl, setting a not-so-comfortable premise for the story. 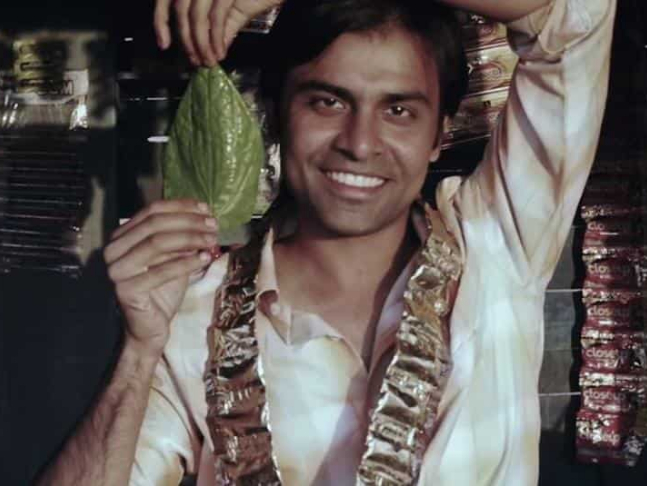 RECOMMENDED READ: 'Aarya' Review: Sushmita Sen hits the ball out of the park with her 'sherni' act as a strong matriarch in a taut crime-thriller

Rinku who belongs to a wealthy family has moved into the house opposite Billu's shop. He is swept off his feet by the teenage girl who steps off the car along with her parents, kid brother and a Pomeranian dog. Chaman Bahaar also makes a stark commentary on the Billus of the society with a dash of humour - love is a luxurious emotion. And the roadside panwadis, small-town boys can't afford the price. But hey, Billu is not the sole aashiq, and suddenly our hero's thela-like shop is lined with young male customers. Every man starts spending more than the required time at Billu's shop, to check out the girl and follow her home as she rides a scooty. Business flourishes, but Billu is not happy. He feels prying eyes on 'his' love interest. Ek tarfa pyaar...

Things take a U-turn when two of Billu's friend, which involves two rival political leaders, is also eyeing Rinku! They are rich casanova businessman Ashu Bhaiya (Ashwani Kumar) and the local youth leader Shiladitya Tiwari (Alam Khan). Amidst all this, there are also two cunning foxes Somu (Bhuvan Arora) and Chhotu (Dherendra Kumar Tiwari). Billu decides to take the matter in his hands and eliminate the competition. Mind you, Billu hasn't met Rinku till yet! What works for Chaman Bahaar are the questions it raises on male entitlement - there are consequences to one's action, unlike a Kabir Singh-esque character. Rinku's character is like a piece of sweet - inviting all the flies aka majnus in the area. How men idolize the near-perfect woman - Rinku is an epitome of beauty and class - a narrative that the world around us can't let go of. And poor Billu is the misfit. He doesn't deserve her. Debutant writer-director Apurva Dhar Badgaiyann smartly weaves the message of our society that objectifies women. How men need to understand the difference between love, lust, and infatuation. Laced with humour, the Netflix film dwells on cast and class divide in a small town like Raipur, where the police restore to brutality to act against local Romeos. The netas are self-proclaimed authoritarian figures, but, at a slow, languid pace. 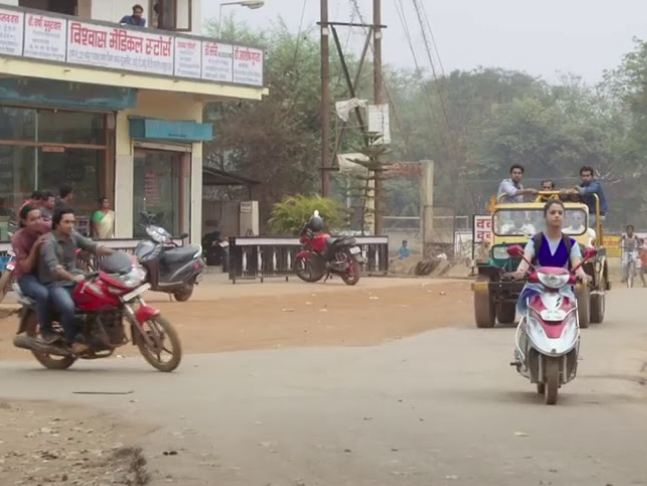 The film belongs to Jitendra Kumar. He is extraordinarily ordinary. From TVF days to Shubh Mangal Zyada Saavdhan and Panchayat, Jeetu as a shy Billu, with fewer dialogues, raises the stakes with his fine performance. Ritika Badiani barely has any lines to say, but she fits her part seamlessly. It's a linear character, written from the perspective of how men see women, but she gets her due later in the film (no spoilers). Bhuvan Arora, Dherendra Kumar Tiwari and Alam Khan are like the flavorsome paans, delectable and delightful.

Music by Mangesh Dhakde and Anshuman Mukherjee shine with special mention to Sonu Nigam's Do Ka Chaar number. He spins magic with his poetic words and melody. Cinematographer Arkodeb Mukherjee resonates with the tonality and palate of a small town. Editor Ujjwal Chandra cuts fine with a 1 hour 51-minute long narrative. 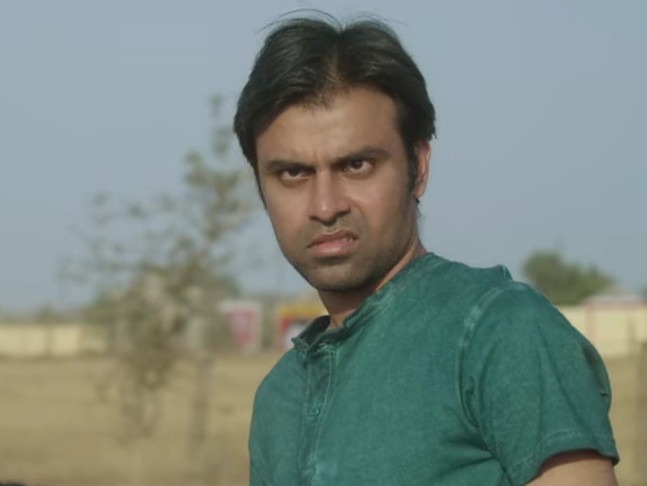 In a nutshell, Chaman Bahaar is equal parts funny and entertaining. It dabbles with politics to an extent but makes efforts to deal with the concept of 'female empowerment'. The intention to shed light on how it is like to be a woman in India is sincere, but it's not an entirely novel narrative either.

55 Km/Sec Review: Mrinal Dutt and Richa Chadha find the meaning to life in Arati Kadav's sci-fi based on an apocalyptic world