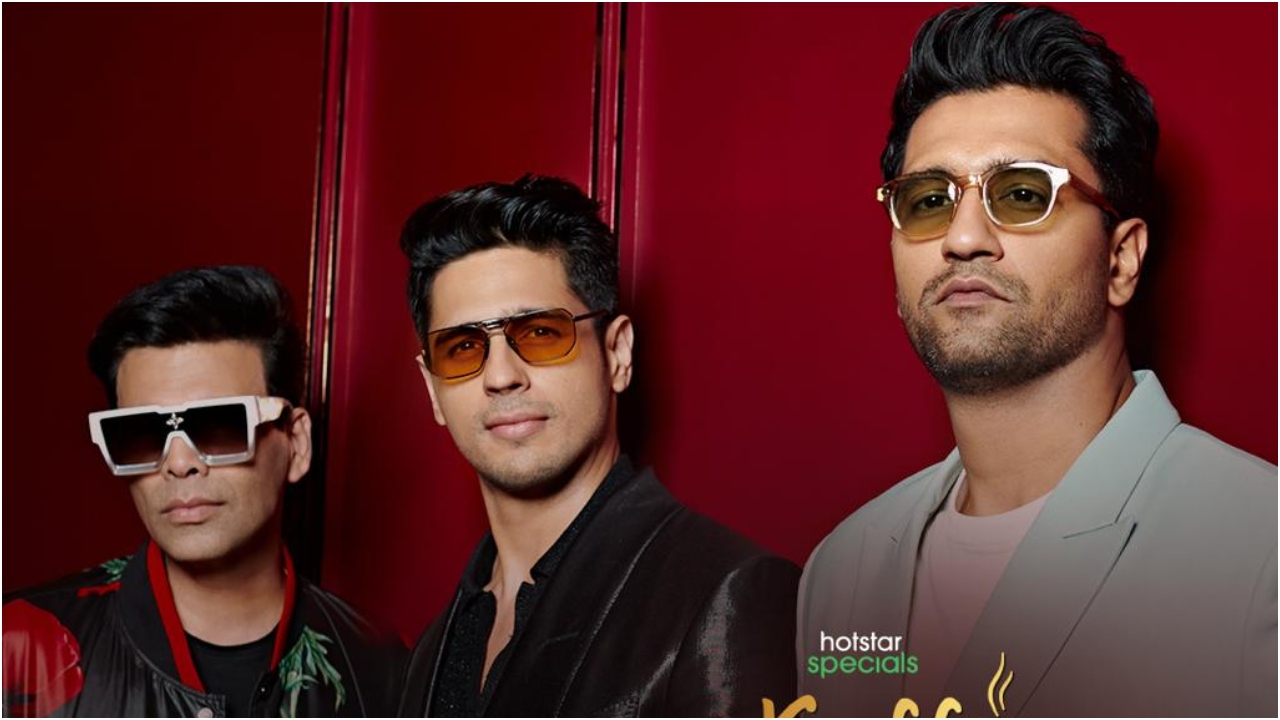 Koffee With Karan Season 7 on Disney+ Hotstar has seen numerous celeb weddings behind-the-scenes be shared on the couch. In its seventh episode, the conversations around marriages get taken even further as the newly minted groom Vicky Kaushal and accomplished actor and heartthrob Sidharth Malhotra take the couch. The dynamic duo enchant with their charisma, love lives and manifestations that leave you a little drunk on the Sid-Vicky cocktail!

In a rerun of the “beta shaadi kab karoge?” trauma of eligible bachelors, Vicky Kaushal and Karan Johar gang up on Sidharth Malhotra to make this episode rife with wedding rumours. Faced against the proven power of manifestations coming true on the couch, the star was hard pressed to share a wedding confirmation with his girlfriend, Kiara Advani. But a strong-willed Sidharth Malhotra had other plans. “I manifest a brighter and happy future,” he said, leaving us to imagine and also hope that it is with his beautiful and talented beau Kiara Advani.

Recommended Read: What is true is true, they are okay with putting it out: Karan Johar on revealing Sara Ali Khan and Kartik Aaryan’s relationship on Koffee With Karan 7