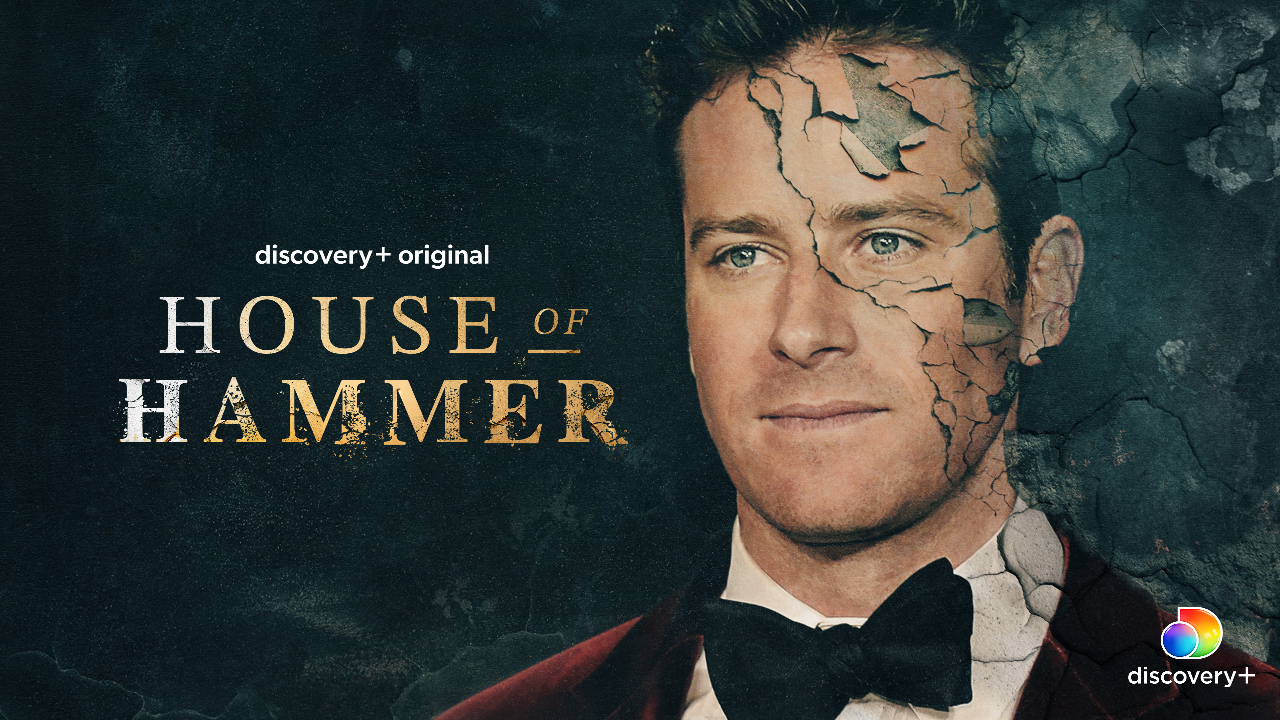 House of Hammer, the highly anticipated Discovery+ docuseries chronicling the deeply troubling accusations leveled against critically acclaimed actor Armie Hammer and the dark, twisted legacy of the Hammer dynasty, will be available to stream on Saturday, September 3. Featuring exclusive access and shocking revelations, the documentary takes viewers inside the Hammer family’s dark power plays over the course of three revealing hours.

“The accusations of rape and abuse brought against Armie Hammer in the last few years are just the tip of the iceberg when it comes to the Hammer family. With House of Hammer, we witness truly disturbing details and sinister secrets that money and power couldn’t hide forever," said Jason Sarlanis, President of Crime and Investigative Content, Linear and Streaming. “This documentary provides an important platform for the incredibly courageous women who came forward to share their stories, and we hope their courage inspires others to continue meaningful conversations around abuse in our society."

Hammer’s meteoric rise to fame came crashing down as victims came forward with disturbing stories of bondage, cannibalism fantasies, branding and that was just the beginning. The rape and abuse allegations brought against Armie Hammer in 2021 shocked Hollywood insiders and fans across the globe. This docuseries begins in 2020 at the peak of Hammer’s rise to fame. Featuring exclusive revelations from Armie’s aunt, Casey Hammer, and multiple survivors of Armie’s alleged abuse, the docuseries brings to light the dark secrets - ranging from accusations of violence and abuse to political manipulation and financial fraud - hidden within one of America’s most prominent families.

Each episode will shine a light on a depraved pattern of abuse that extends far beyond the accusations brought against the disgraced actor. Coupled with a trove of incredible archival footage, House of Hammer weaves together a chilling story of the dysfunction and wickedness that grow behind decades of power and money.

House of Hammer is directed by Elli Hakami and Julian P. Hobbs for discovery+. Casey Hammer serves as a consultant.