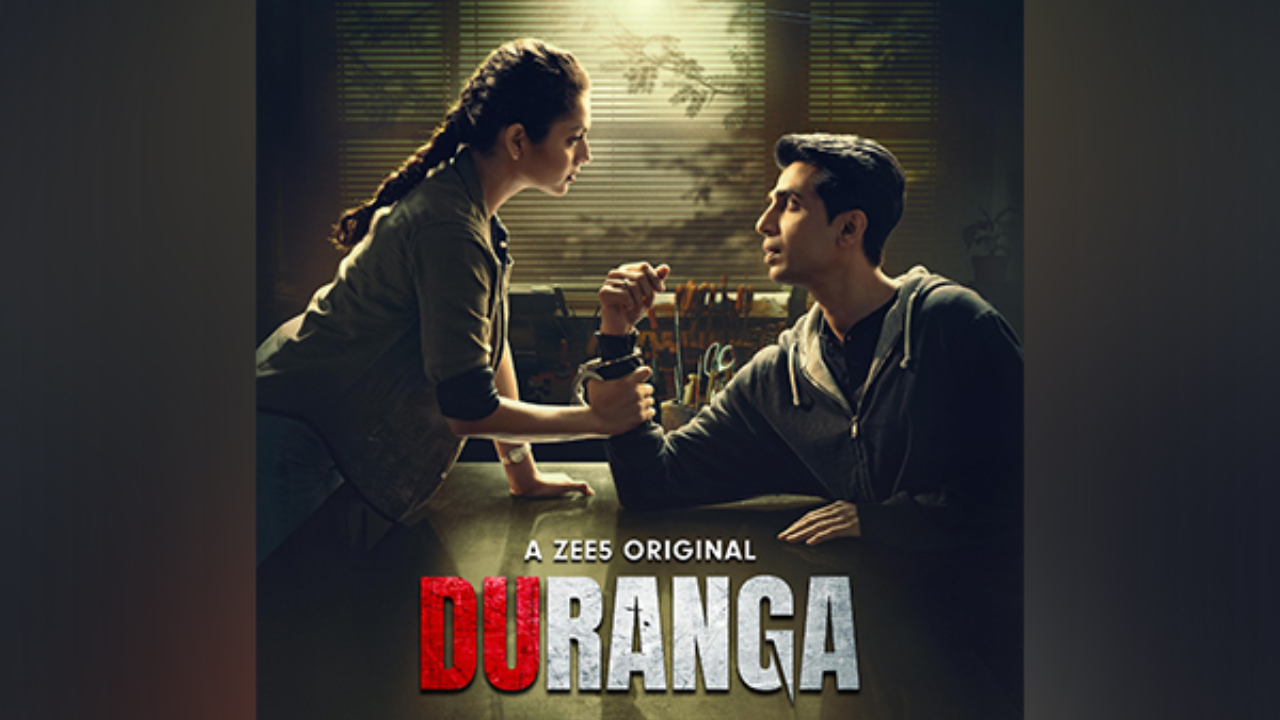 The trailer of Zee5’s upcoming murder thriller Duranga was dropped online. The series is a remake of the Korean drama Flower of Evil and stars Drashti Dhami and Gulshan Devaiah in the lead roles. The trailer promises the series to be a gripping tale of cat-and-mouse between the cops and a serial killer let loose in the city.

The trailer introduces us to Inspector Ira, played by Drashti and her husband Sammit Patel (Gulshan). The two lead a perfect life with their young daughter. Ira is a cop while Sammit is a house-husband but their idyllic existence takes a beating when Ira discovers that her husband is a serial killer. Ira begins to investigate a series of gory copycat murders by the suspected accomplice of a psychopath killer named Abhishek Bala Banne, 17 years after his last killing. Has Abhishek returned with his menace or is it someone else taking on his modus operandi, that is the big question in front of Ira.

RECOMMENDED READ: ‘Lone Wolf is ready,’ says Dhanush as he confirms his return to The Gray Man sequel

The logline of the series reads, “A perfect husband and a perfect father, or is he a perfect liar? Witness the duality that rocks Sammit and Ira’s perfect life that is marked by a dark past and a string of murders.”

Duranga is directed by Pradeep Sarkar and Aijaz Khan and is produced by Goldie Behl. It will start streaming on Zee5 from August 19.