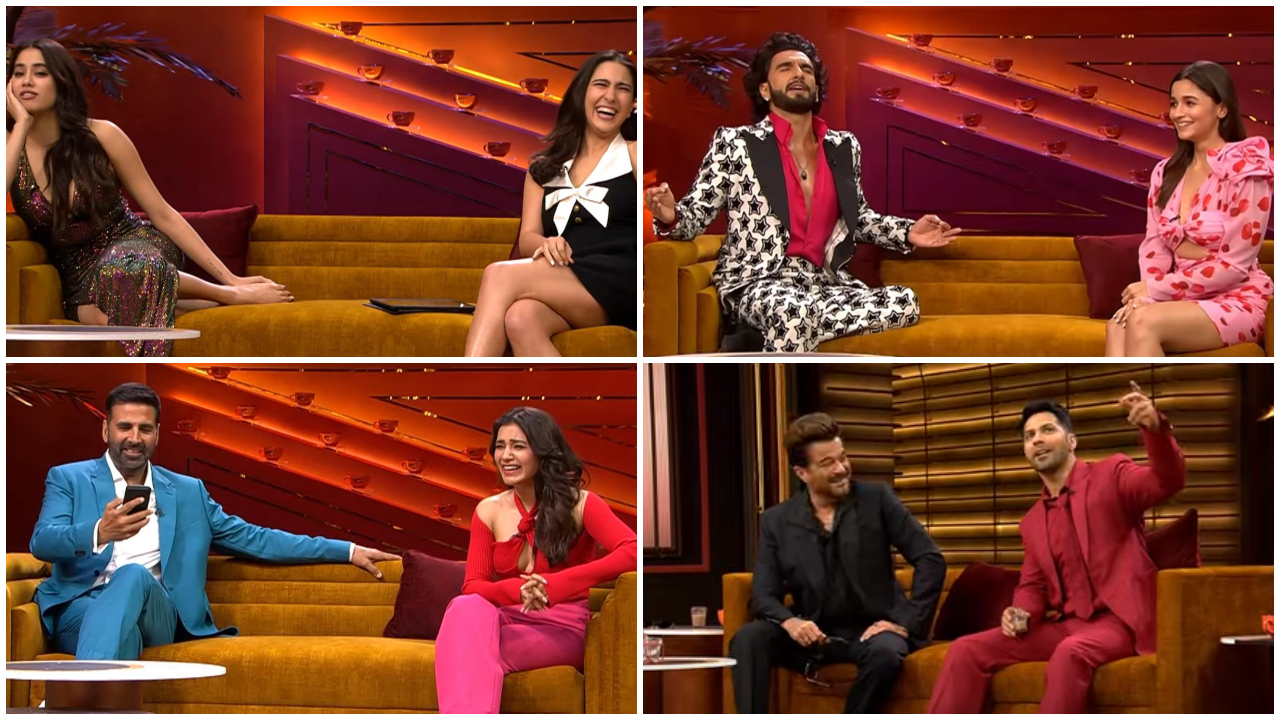 Karan Johar’s Koffee With Karan 7 is all set to regale its audience from July 7 on Disney+Hotstar. A juicy and interesting promo was released today that has increased the excitement for the show. The trailer shows some interesting combinations of guests gracing the couch and spilling anecdotes and gossip over steaming cups of coffee.

The trailer launched today showcases some of the talented actors who will be gracing the couch - Akshay Kumar, Anil Kapoor, Ranveer Singh, Alia Bhatt, Varun Dhawan, Janhvi Kapoor, Sara Ali Khan, Vijay Devarkonda, Samantha Ruth Prabhu, Shahid Kapoor, Kiara Advani to name a few, and the excitement keeps building as the season progresses further. Here are 8 statements made by our celebs that has made us sit up and take notice and brought a zest to our lazy afternoon!

KJo asks Sara about her ex-flame

KJo: One reason why your ex is your ex?

Sara: Because he is everyone’s Ex!

Samantha: You are the reason for unhappy marriages, you've portrayed life to be K3G, in reality it's KGF!

Ananya: That my father paid to get me into the industry, everyone knows that my dad hates to pay for anything!

Tiger- All the time!

Karan: You have a sex playlist?

Ranveer: I have a different sex playlists!

Karan asks Akshay Kumar about what he hates about celeb habits

KJo: One thing in Bollywood is obsessed with & you don't approve of?

Karan, Varun and Anil talk about sex positions and get some cheeky answers.

Varun: What do you like missionary, gay or helicopter?

Karan asks Janhvi whether she wants a rich husband. This is what ensued between Janhvi and Sara.

KJo: You want a rich husband?

Janhvi: Honestly this makes me laugh