Shah Rukh's son Aryan also took to his Instagra stories to wish his younger sister Suhana luck for her debut. This is his first post after the drug controversy of last year. 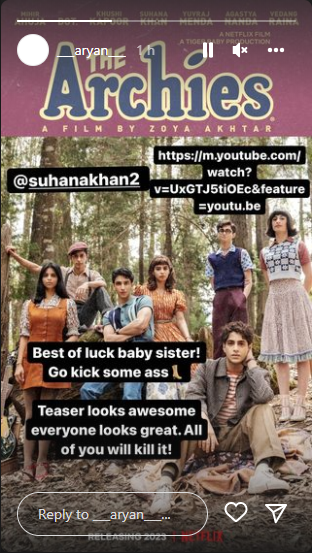