Ever since the makers have dropped the trailer of Suraj Aur Saanjh, netizens have poured in immense love and appreciation which also resulted in a Twitter trend within few hours of its release. Joining the bandwagon is actor Anil Kapoor who took to his social media to congratulate the entire team of Suraj Aur Saanjh.

Anil Kapoor who is known for his impeccable choices of content, lent his support to Suraj Aur Saanjh by putting up a series of stories. There were a lot of other celebs and influencers seen praising the trailer and audiences are now anticipating the release of rom-com of the year. 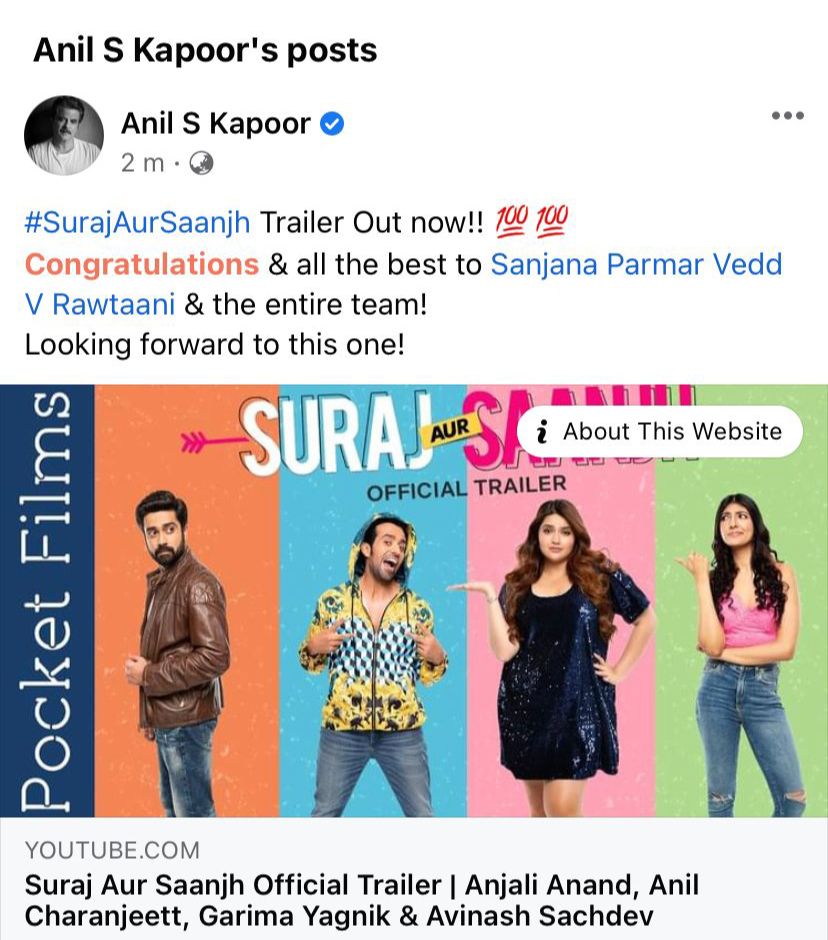 Featuring Anjali Anand, Anil Charanjeett, Avinash Sachdev and Garima Yagnik, Suraj Aur Saanjh is a unique web series where two opposite personalities get stuck under one roof and what follows next is a series of fun, unexpected turns, and a love-hate relationship. 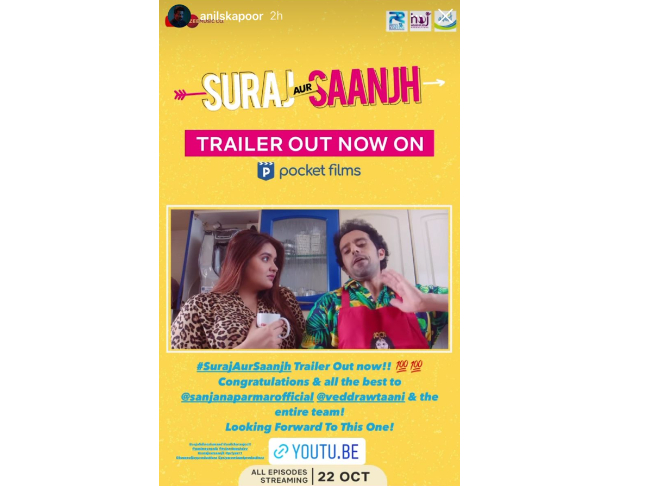 ‘Atrangi Re title was with Salman Khan, he was very generous to give that to us,’ says director Aanand L Rai about Akshay Kumar, Sara Ali Khan and Dhanush’s film

Money Heist: Berlin gets a spin-off series to release in 2023; original show to have a Korean remake