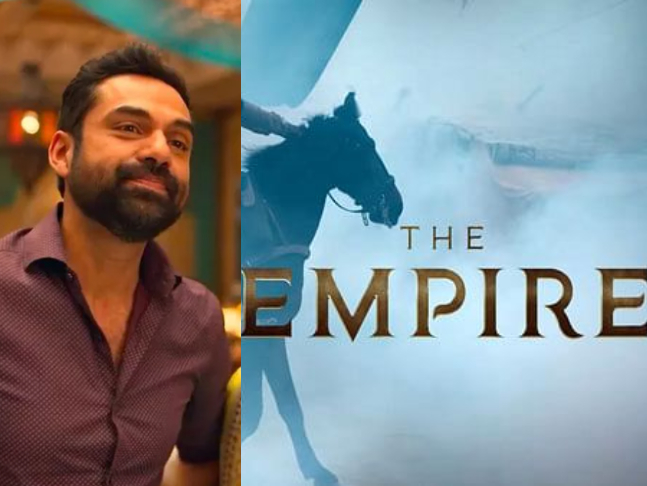 Two new brand teaser have been released to regale the audience and keep them hooked to online platforms. The trailer of Abhay Deol starrer Spin was released by Disney today whereas Disney+ Hotstar and Nikkhil Advani’s Emmay Entertainment join forces to create a magnum opus, The Empire - an epic saga on an unprecedented scale. Read on for more details.

Abhay Deol returns to screens as a dad in Disney’s film ‘Spin’, trailer out

Abhay Deol unveiled the trailer of his upcoming project, Disney film Spin an English-language coming-of-age teen drama. Abhay made the announcement on Instagram with the caption, ““SPIN” movie teaser! I got to play a #disneydad, maybe one day I’ll be a #disneyprince? HA! And may I just have my fanboy moment for @meera.syal? She’s an inspiration. @manjarimakijany @zannedevine @iamavantika @actoraryan it was so much fun working with you guys, can’t wait to see the film on the @disneychannel on the 13th of August. #teaser #trailer #movie #disney #mydisneyfamily #disneyspin”

Spin is described as the story of an Indian American teen Rhea Kumar (Avantika Vandanapu), who discovers her artistic side through the unique world of DJ culture. Abhay plays Rhea’s father Arvind Kumar. The film has been helmed by Manjari Makijany from a script by Carley Steiner and Josh Cagan.

Nikkhil Advani’s ‘The Empire’ teaser unveiled, touted to be the grandest show ever created in India

Disney+ Hotstar and National Award-winning filmmaker Nikkhil Advani and Emmay Entertainment have come together to announce the biggest upcoming Hotstar Specials series The Empire, a monumental period adventure drama tracing the origins of a dynasty. This magnum opus showcases the life story of a warrior, adventurer, survivor, and a king. Touted to be one of the grandest shows ever created in India, the series promises a magnificent visual spectacle mounted on a scale not seen on the digital realm before. The show is directed by Mitakshara Kumar and produced by Monisha Advani and Madhu Bhojwani (Emmay Entertainment).

Showrunner Nikkhil Advani said, “Putting together The Empire has been a huge challenge but also a massive honor for me. Bringing alive a visually stunning world with a solid story narrative was the main aim for me, Mitakshara Kumar our director and everyone at Emmay Entertainment. Right from the story to the star-cast and high production value - our ambition was to create a show that is larger than life; one that leaves a lasting impression on viewers. Partnering with Disney+ Hotstar has made it possible to bring this visual spectacle to life. My partners Monisha Advani and Madhu Bhojwani and I at Emmay Entertainment are very proud to introduce the very talented Mitakshara Kumar!”