Filmmakers Raj & DK's The Family Man 2 has broken the 'second-season' curse. Starring Manoj Bajpayee, Samantha Akkineni, Priya Mani, Sharib Hashmi, Shahab Ali, Sharad Kelkar and others, the Amazon Prime Video web series is receiving rave reviews since its release. As The Family Man 2 continues to attract viewers, it has become the 4th most popular show in the world according to IMDb.

With a rating of 8.8 on IMDb, The Family Man 2 has left popular shows like Friends (1994) and Grey's Anatomy (2005) behind. Loki, Sweet Tooth and Mare Of Easttown are the top 3 shows on the list. Raj & DK, who directed as well as created The Family Man 2, shared the news on Twitter. "#TheFamilyManSeason2 is the 4th most popular show in the world right now!" they wrote. 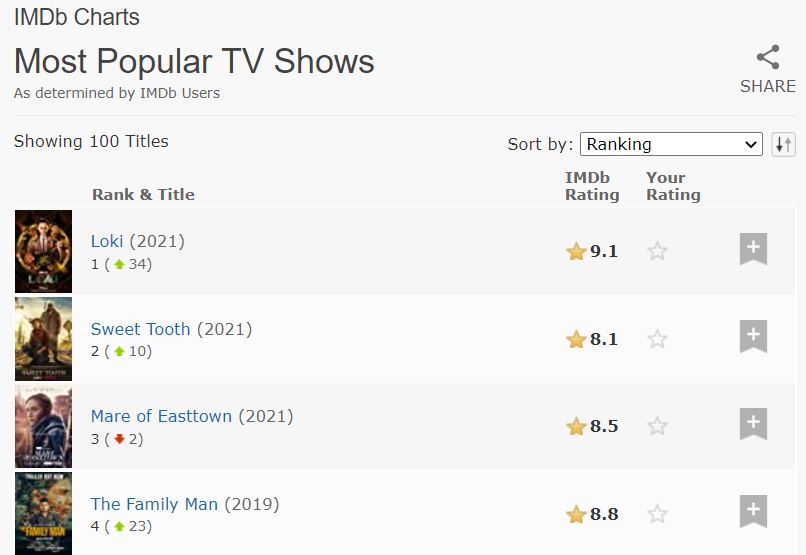 Recommended Read: PeepingMoon Exclusive: The Family Man 2 has the potential to make it to the International Emmys, want to see it on the global platform- Sharib Hashmi aka JK Talpade