As a genre, crime thrillers have become everyone’s favourite on the webspace, in no time. Owing to its frenetic pace and plot, they've gone on to catch everyone’s attention and are today immensely popular amongst the masses. Taking this genre to the next level with their massy and edgy content, ALTBalaji and ZEE5 Club unveiled the trailer of their upcoming crime thriller Bicchoo Ka Khel. Serving as the perfect Diwali Dhamaka for audiences, the series features a talented star cast that includes the likes of Divyenndu Sharma, Anshul Chauhan, Zeishan Quadri, Mukul Chadda, Rajesh Sharma, Satyajit Sharma, and Gagan Anand amongst others.

The high-intensity trailer takes the audience for a roller coaster ride with its mysterious suspense and epic one-liners that leave one in splits at the most unexpected moments. Set in the Hindi heartland of Banaras in Uttar Pradesh, the story revolves around Akhil, played by talented actor Divyenndu Sharma, a sharp-witted youth who is a fan of pulp fiction novels. In the trailer, we see Divyenndu as the mastermind of a dangerous game, being a man on a mission who is ready to take on the big bad world. The makers have left the trailer on a cliff-hanger stating 'Abh hoga Kamaal, Bicchoo ka dank karega Bawaal!' 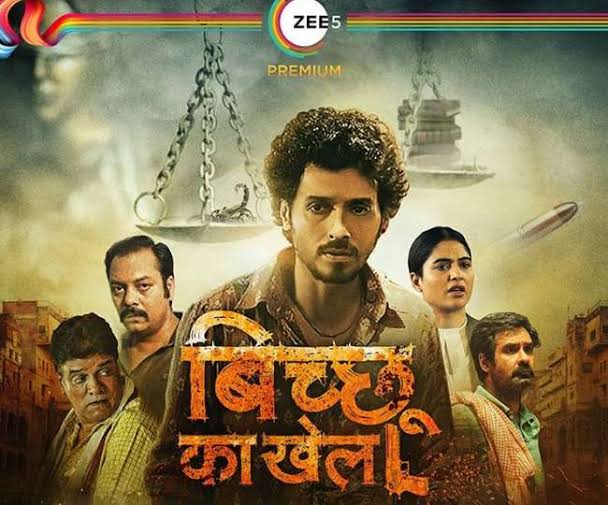 RECOMMENDED READ: Mirzapur 2 Review: Pankaj Tripathi, Ali Fazal and Divyenndu open the gate to the crime-haven with a double bang

Speaking on the trailer, actor Divyenndu Sharma comments, “I am really excited about the series as I got to play a character which I was looking for a long time. My character Akhil is an intelligent youth who is a fan of pulp fiction. The trailer is fast-paced and turned out to be really well crafted. The story and characters are nicely written, that it reflects in our performance on screen. I am really looking forward to the response of the viewers and fans who have always loved the characters which I have portrayed.”

All set to stream on ALTBalaji and ZEE5 Club from 18th November, Bicchoo Ka Khel is a crime thriller that revolves around the story of Akhil, a budding writer whose life is nothing less than a roller-coaster ride with twists and turns to keep you at the edge of your seat.