The makers of Ishaan Khatter's and Ananya Panday's Khaali Peeli have finally dropped the much anticipated trailer of the film. Packed with high octane action sequences, the trailer instantly grabs attention as we get introduced to Ishaan and Ananya's characters and their refreshing chemistry. While Ishaan (Blackie) and Ananya (Pooja) play star crossed lovers, who finally meet after several years, Jaideep Ahlawat is introduced as the villain.

Portraying the role of Yusuf, Jaideep looks promising and is already getting hailed as the Hindi cinema's new baddie. Right from the on-point 'Bambaiya' dialect of the film's lead stars to intense stunts, combined with some gorgeous backdrops of the Mumbai city, Khaali Peeli trailer is undoubtedly every modern cinema lover's dream. 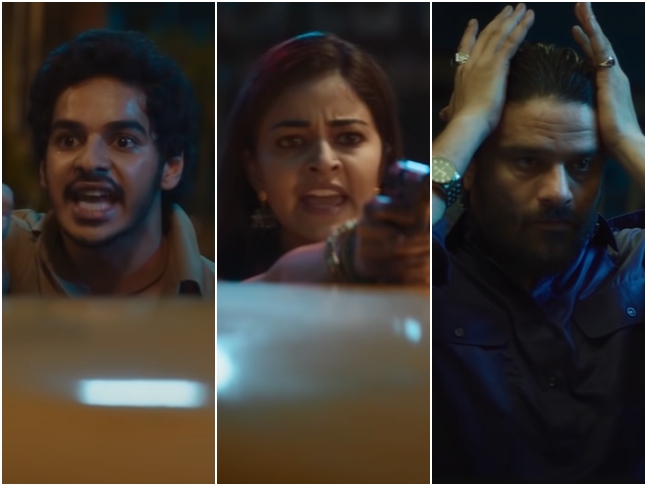 A young, masala Bollywood film with an ode the Mumbai of the '90s, Khaali Peeli is one of the most-awaited films this year.

Helmed by Maqbool Khan, Khaali Peeli is produced by Himanshu Kishan Mehra, Ali Abbas Zafar and Zee Studios. It's going to be the first ever Bollywood film to have a simultaneous multi-format release on October 2, 2020 on a new service called Zee Plex. With the new offering, the viewers will be able to watch the film in the comfort of their home.