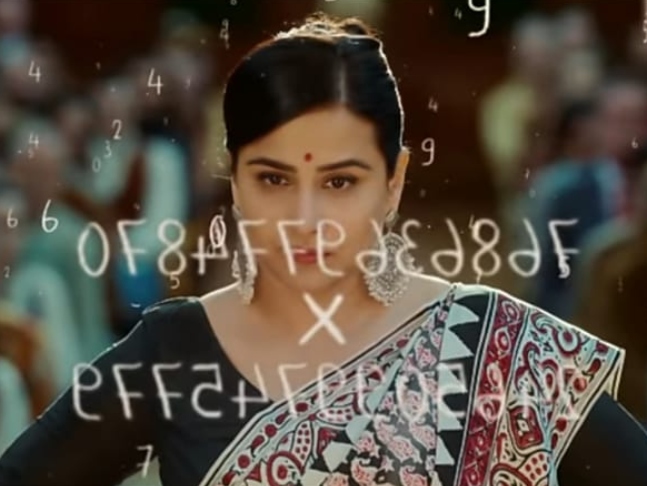 Actress Vidya Balan revisited a school trick to get her role as mathematics genius right in the upcoming film Shakuntala Devi.

"Growing up, math was one of my favourite subjects. I would always look out for interesting ways to learn difficult theories. I still remember my mum would teach us tables in a sing-song fashion. So when I arrived on the sets of ‘Shakuntala Devi', I revisited the method. I never thought that those fun ways would come in handy today, in helping me prepare for the movie," Vidya said.

Recommended Read: Watch: 'Why be normal when you can be amazing,' asks Vidya Balan aka 'Shakuntala Devi' in the biopic's mathematically delightful trailer!

Directed and written by Anu Menon, the film is based on the life of the late Shakuntala Devi, who is widely revered as the human-computer for her innate ability to make complex calculations within seconds. The film also stars Sanya Malhotra, who will be seen playing the role of Shakuntala's daughter Anupama, along with Amit Sadh and Jisshu Sengupta in pivotal roles.

The screenplay is written by Menon along with Nayanika Mahtani, while the dialogues are penned by Ishita Moitra. Shakuntala Devi was planned for a theatrical release, but will be going the digital route due to the disruptions caused by the COVID crisis. It will premiere on Amazon Prime Video on July 31.