Pankaj Tripathi, over the last few years, has emerged to be a gem of an actor. Be it making us roll on the floor laughing with his perfect comic timing or enthralling us with his intense acting skills, he has wowed us every single time. Pankaj, not just through films, but with web series has proven his mettle as an actor and amongst his vast filmography, the most memorable character undoubtedly remains to be of Kaleen Bhaiya from Amazon Prime Originals' Mirzapur. Pankaj as Kaleen Bhaiya, who was shown as the most dreaded persons in Mirzapur, stunned with his intense act and had us all waiting for the second season to get greenlit. Now, as Mirzapur clocked one year on Saturday, the makers, putting an end to the wait, shared the teaser of the second season on their social media platforms. With this, the fans weren't just excited but thrilled to embark on an intriguing journey.

Along with this, like a cherry on the cake, Pankaj made his Instagram debut and shared the teaser as his first post. Soon, fans, with double the happiness, welcomed their beloved Kaleen Bhaiya to the world of Instagram. Captioning the teaser, he wrote, " instagram ". 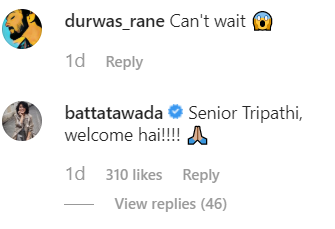 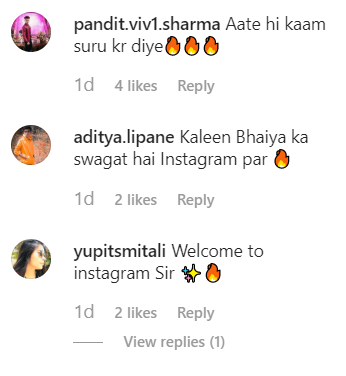 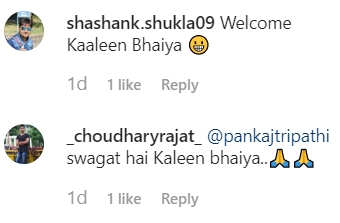 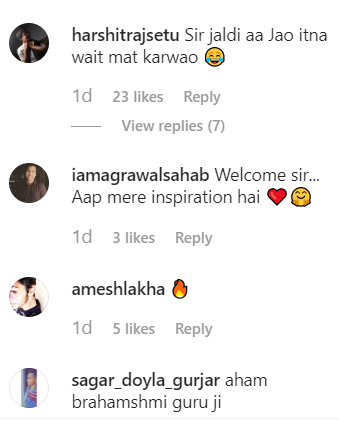 Speaking of the teaser, the video opens with a voiceover by Pankaj. Soon, the visuals of a burning pyre by a riverbank appear on the screen. The scenes then shifts focus to the shot of the throne on which Kaleen Bhaiya sat on in the first season. The clipping ends with Pankaj saying, "Mirzapur ke chahne walon, salgirah mubaarak ho."

Mirzapur Season 2 is scheduled to premiere in 2020.

Lucifer Season 5 Trailer: Tom Ellis is back as the Lord of Hell, albeit in a slightly different avatar

To an incredible crew, who worked tirelessly and made the show look so awesome: Abhishek Bachchan expresses gratitude towards crew of ‘Breathe: Into the Shadows’

‘Radioactive’ trailer: Rosamund Pike’s Marie Curie fights for her place in the sun in the male-dominated field of academia