'If ‘Ekta’ is flashing on your mobile matlab daant padegi': Sakshi Tanwar recalls her 'trembling' experience with Ekta Kapoor

Sakshi Tanwar, who is all set to reunite with her close friend and longtime producer Ekta Kapoor for ALT Balaji's MOM (Mission Over Mars), recently spoke about how scared she used to be of Ekta, early in her career. She said that she would get frightened even if Ekta's name used to flash on her phone.

“Earlier our relationship was more professional,” Sakshi told journalist Anupama Chopra in an interview. “We would only meet once or twice on the set, and we were all very scared of her," Sakshi added.

When asked if Ekta used to get that angry so early in her career, Sakshi replied, “Yes, always. If ‘Ekta’ is flashing on your mobile matlab daant padegi.” In fact, Sakshi said, she gets scolded even now. “A few months back, she saw a scene and she was very unhappy with it and she called and she said ‘yeh kya kiya hai?’” Sakshi said that she ‘was literally trembling’ after the call. She suggested that they reshoot the scene and Ekta said, “No, let it go like this. Let people see what you’ve done.” 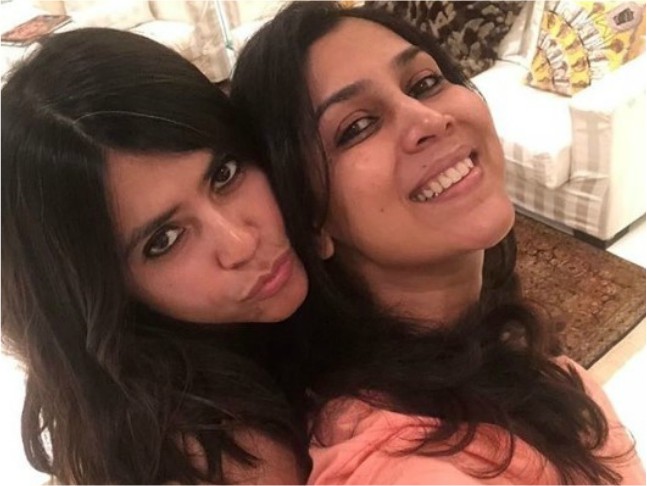 Recalling another story, Sakshi said that Ekta had come to the sets of Kahaani Ghar Ghar Ki when their TRPs had dropped from 21 to 20 - an insignificant drop for a massively successful show. Sakshi said that Ekta had threatened to shut down the show in anger. “We were all so scared. We were shooting 16 hours to reshoot and to make it what she wanted (it to be),” Sakshi said. She said that she’s glad they were pushed to work that hard because the show became a success.

“But of course, now she’s more calm. She understands the pressures that everyone goes through. Both professionally and personally she has grown into this beautiful mommy Ekta," Sakshi said.

Ekta, who was also present, said, “I think I’m still a terror, but my claws have turned to paws. I think I’ve mastered the art of controlling my temper because at times it causes more damage in the workplace.”