Alt Balaji never fails to churn out good content and charm the viewer, the makers Ekta Kapoor and Alt Balaji are now all set to narrate a fictionalized tale on the successful Mangalyaan operation of the Indian Space Research Organisation (ISRO), in their upcoming web series M-O-M: Mission over Mars.

The trailer of which was released last evening after the press conference. Starring Sakshi Tanwar and Mona Singh, Nidhi sen and Polami Ghosh the four women scientists, juggle with budget and time crunch as they plan to accomplish their mission to Mars in 18 months. The trailer makes us bream with pride, seeing the four ladies leading the mission and making it a huge success.

Apart from dealing with obstructions on the professional front, these women scientists are also seen coping up with their personal lives simultaneously. We see the shots of them working tirelessly in the Indian Space Agency’s control room. The makers have also shown PM Modi’s role in it.

Speaking about playing a yet another dynamic role in the show, Sakshi Tanwar said, “I feel proud to be a part of this project and would like to thank Ekta for giving me this opportunity. The web-series not only celebrate the tremendous achievement of our nation but also the sheer hard work, grit, and determination that these wonderful women scientists put into making it a success. Mona and I have known each other for years and for the first time we got an opportunity to work together on-screen. My experience of working with such a wonderful cast and crew was totally amazing and I hope the audience likes me as Nandita Hariprasad.”

To the ones who came in late, Mission Over Mars (M-O-M) is a fictional adaptation of real-life heroes at ISRO who worked on Mangalyaan and played pivotal roles in making the mission success against all odds. The web-series charts out the journey of M-O-M from inception to execution and will be a moving story of the faith and determination of four lady-scientists who aid ISA (Indian Space Agency) to overcome insurmountable technical and financial challenges as well as time pressures to mount the successful mission over mars. They not just make the whole nation proud but also place India ahead of many other countries on the map. In the process, they conquer their own inward imperfections, making for an inspirational story. This series is certain to inspire people across the globe that ‘Nothing is impossible.’ 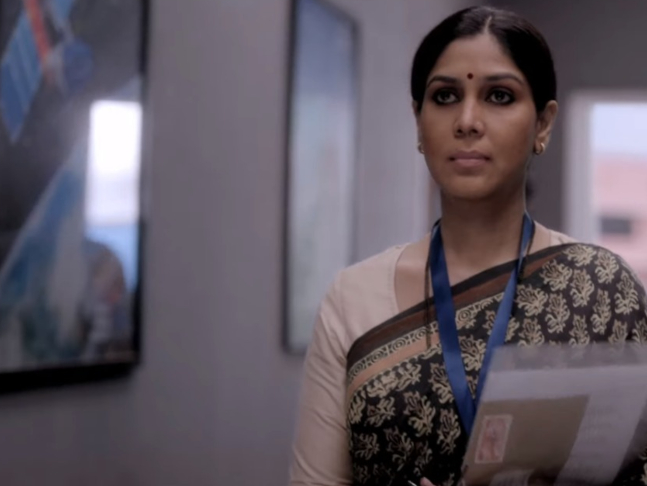 Along with the four leading protagonists the web show stars’ veteran actors Ashish Vidyarthi and Mohan Joshi in prominent roles. Directed by ace filmmaker Pradeep Sarkar, the web-series is produced by Endemol India.

The makers have also shared a disclaimer with the trailer. It reads, "Mission Over Mars is a fictional adaptation of the real-life heroes at ISRO who worked on Mangalyaan. As per our legal and contractual obligations, we cannot use actual names or images of either the people, objects or agencies in any publicity material."

With Akshay Kumar playing a transgender in the film the important social message will reach far and wide: ‘Laxmmi Bomb’ director Raghava Lawrence

‘Uncle Frank’ trailer: Paul Bettany confronts his gay life while on a road trip with Sophia Lillis and Peter Macdissi

Rajkummar Rao and Nushrratt Bharuccha call the children of ‘Chhalaang’ stars; trailer to be out tomorrow