Shah Rukh Khan who is producing the upcoming Netflix India original Bard of Blood says that the team wanted to completely turn around Emraan Hashmi’s image. The series is based on Bilal Siddiqi’s bestselling book of the same name and sees Hashmi as an Indian Intelligence agent who turns to teaching English after a disastrous mission kills his espionage career.

Talking about how Emraan fits into the no-nonsense character, Shah Rukh said, “Initially, we were joking about how Emraan’s image is going to turn a serial kisser to a serious kicker. Emraan is a tough guy. Kabir Anand’s character is that of someone who is not in-your-face tough, but has a macho personality and works with his mind plus there is a physical ability of an action hero and I think that mix perfectly fits Emraan.” He also said that Emraan fits the character to the tee and said he “likes his zone of being extremely underplayed easy when he does it”. 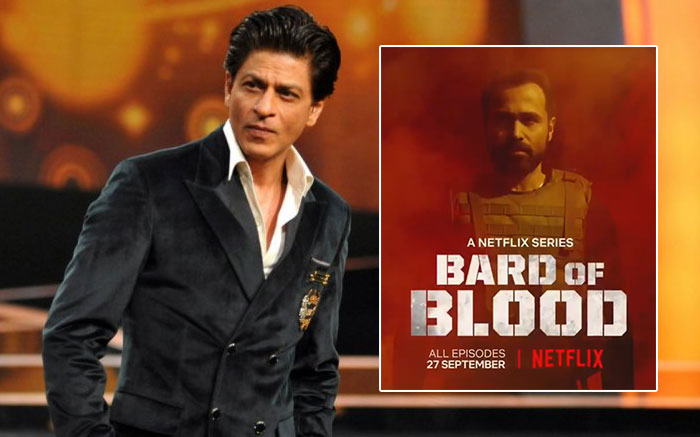 RECOMMENDED READ: Watch: Bard Of Blood trailer ft Emraan Hashmi and Sobhita Dhulipala is an intriguing tale that will bring you at the edge of your seat

Emraan underwent a grueling physical training session to don the role of a spy. The series takes place in Balochistan and shows Emraan infiltrating a terrorist base camp based in the region. The web series also stars Sobhita Dhulipala, Viineet Kumar, Jaideep Ahlawat, Kirti Kulhari and Rajit Kapoor amongst others. Bard of Blood starts streaming on Netflix from September 27.

After a theatrical release, Thalapathy Vijay and Vijay Sethupathi's 'M

Abhay Deol presents an untold story of bravery and courage in Disney+ Hotstar's '1962: The War In The Hills' teaser

Jodie Turner-Smith to play the lead in Netflix’s ‘The Witcher’ prequel series The Witcher: Blood Origin