Advertisement
HomeWEBCASTHere’s what Janhvi Kapoor has to say, asked whether she is ‘okay’ with Ishaan Khatter dating Tara Sutaria

Here’s what Janhvi Kapoor has to say, asked whether she is ‘okay’ with Ishaan Khatter dating Tara Sutaria

It appears that Janhvi Kapoor has already learnt the art of answering “tricky questions” during interviews as we got a glimpse of it during her appearance on Neha Dhupia’s chat show BFFs With Vogue Season 3. Janhvi made an appearance on the show with her sister Khushi and had a great time on the show with Neha, who shared a snippet on Instagram.

In the snippet, Neha asked Janhvi three questions  and the young actress’ answers to all were the same. We’ll elaborate here:

Neha: Who has a better choice in boys?

Neha: Have you ever fallen for a colleague?

Neha: So, you are okay with Ishaan and Tara dating each other?

The guessing game ends as I present you the first BFF pair, @janhvikapoor and @khushi.kapoorr ... Join us on a brand new season of @jeepindia presents #BFFsWithVogue, powered by @realisadiamond_in, premiering Saturday at 9 PM only on @colorsinfinity. @condenastvideoindia

Well, Ishaan Khatter is Janhvi Kapoor’s Dhadak co-star and reports insisting on their apparent affair have surfaced ever since. Although, both Janhvi and Ishaan have consistently denied rumours as such. As far as Tara dating Ishaan is concerned, there is no confirmation on that either. 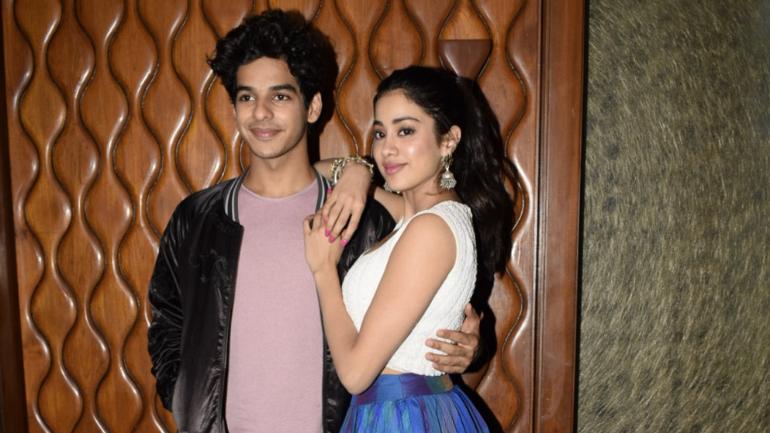 Tara, during her appearance on Koffee With Karan 6, asked about her alleged relationship with Ishaan, had said, "Ishaan and I are actually childhood friends. I mean we've known each other for a really long time." Gossip mills insist that Tara and Ishaan dated for years and separated after that.

Tara Sutaria will make her debut with Student Of The Year, co-starring Tiger Shroff and Ananya Panday. Janhvi Kapoor made her debut with Dhadak and will appear next in the Gunjan Saxena biopic, Takht and Rooh-Afza.

Watch: Ekta Kapoor shares teaser of Rumi's and Agastya's love story in Broken But Beautiful 3, cast to be announced soon!