The web series, which was launched on the OTT medium earlier this month - just days ahead of the polls -, was playing on even though the EC had stopped the release of Bollywood biopic PM Narendra Modi from releasing on April 11, when the Lok Sabha elections began. The story of both the film and web series revolve around the Modi's journey from his humble beginnings to becoming the Prime Minister. 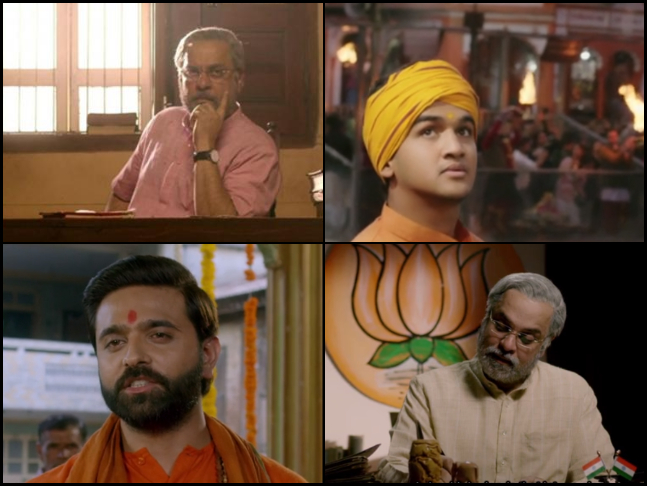 In its latest order, the EC has reminded the makers of the web series of its previous order in which it clearly said that "any biopic material in the nature of biography/hagiography sub-serving the purposes of any political entity or individual entity connected to it, which is intended to, or which has the potential to disturb the level playing field during the elections, should not be displayed in electronic media including cinematograph during the operation of the Model Code of Conduct".

Five out of 10 episodes of Modi: Journey of a Common Man had quietly made its way to the OTT space on April 3, even as the brouhaha over the film PM Narendra Modi gathered steam. Umesh Shukla, the director of the web series, had earlier told IANS that the release of the show was not planned in a way to coincide with the elections. "I was working on it for almost a year. It could have come out a month earlier as well, but it got delayed owing to some technical glitches... My web series is not about politics. It is more about a character and his journey," he had said.

As we said it! Randeep Hooda to make his Hindi web debut with Jio Stud

Zidd First Poster: Amit Sadh brings the story of a real-life Kargil hero to web; series to release on January 22, 2021

I staunchly oppose censorship but don't believe it's a gag order: Manoj Bajpayee on regulations imposed on OTT platforms by I&B ministry