Varun Dhawan’s suite at the Sun n Sand looked like it had been rearranged by a tornado. Clothes were strewn everywhere. Jeans on the sofa. Jackets dangled from the pelmets. Shirts swung on a hotel clotheshorse. They even hung on a lampshade. Jerseys were on a footstool. A heap of tees climbed out of an open suitcase. There were several pairs of socks on the center table. An open makeup kit on a side table. Cans of Coke and an unfinished meal lay on the dining table. And boxes of boots. Plus travel bags bursting with I don’t know what. I have interviewed several actors at the Sun n Sand. But I have never seen a suite so scrupulously exploited for its space before. I marveled at the mess and looked outside for signs of a storm. The sea off Juhu Beach was as calm as a mirror. Whatever the cause of this tumultuous energy, it was in the suite itself. With difficulty, I moved things aside and sat on the only chair available. The TV was on and an IPL match was in play. Then, to add to the disorderly confusion, the hotel door burst open and two young girls marched in dragging strollers with more clothes and carrying large Louis Vuitton shopping bags. One of them explained, “Varun’s got a photo shoot for ABCD 3 after this.” Realising I was there, the actor of tomorrow’s release of 2019, the Partition drama Kalank, yelled an apology from inside the shower. “Give me a minute,” he added. And 60 seconds later he was with me, hair still damp, hopping into jeans, pulling down his tee, struggling into socks and reaching for a pair of boots. Grinning cheerfully. This Varun Dhawan I know. Young, boyish, handsome in a devil-may-care way, charming and clean shaven. I was here to talk to him about his intense character Zafar from Kalank. He of the long, wild tresses and unkempt look, the ears pierced, kohl-lined eyes smoldering with fire, six-pack abs standing out in a ripped torso, the picture of a lion sniffing the air before moving in for the kill. Alia Bhatt, his co-star and love interest in Kalank, described Varun’s character as “fearless in love, fearless for love”. Whereas Karan Johar, who made the film, said that Zafar “flirts with life and danger”. I looked at Varun’s toned gym body rippling beneath the tee and decided to zap the actor with a body shot for my first question.

Excerpts from our chat:

It does? But there’s nothing like that in Kalank. There’s no reference to any of these films. Obviously, there’s a bit of the coliseum feel because of which you are reminded of the Gladiator. But this is something we tried to create which is attributed to what used to happen in some regions of Afghanistan and Northern Hindustan at that time. The whole idea is from there. And because this is cinema, we’ve glorified certain things so that the audience may enjoy the film more.

Kalank is said to celebrate love, pain, tragedy and romance. All this has got to do with your character Zafar? Not with everybody else? Or because of you, it’s kind of involving everybody?

If I answer that, I would be revealing the film!

Okay, how much to do with Zafar? 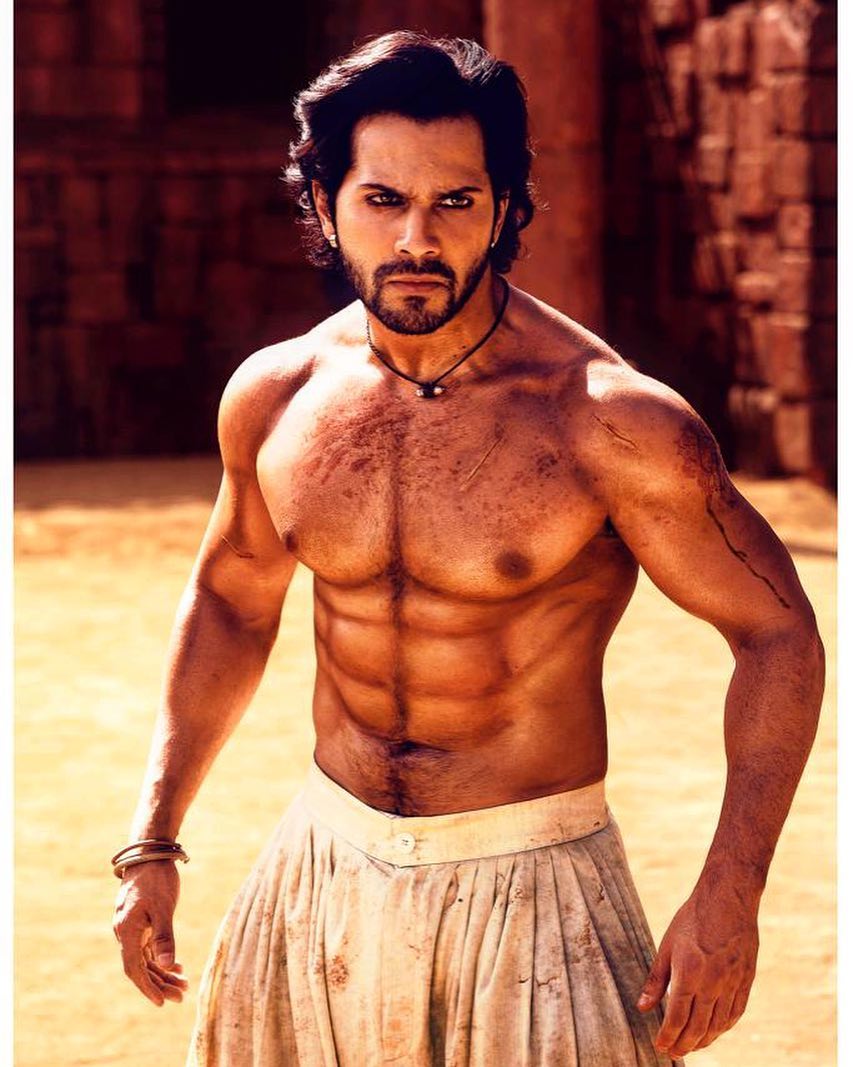 You said in an interview that you are responsible to your producers to bring in big numbers and to your audience to make sure they enjoy your films. With this sword above your head, do you enjoy filmmaking itself?

The fact that I get to do what I’m doing is my enjoyment. The pressure is part and parcel when the stakes are so high and I just have to deal with it

There’s no reference to Gladiator and Troy

They do, they do.

But you’re like Atlas with the world on his shoulders…

Hahaha, I’m not like Atlas! That’s just my personality. You put me in any situation and if I’m a part of that situation, then that’s the way I’m going to be. I don’t depend on anybody. 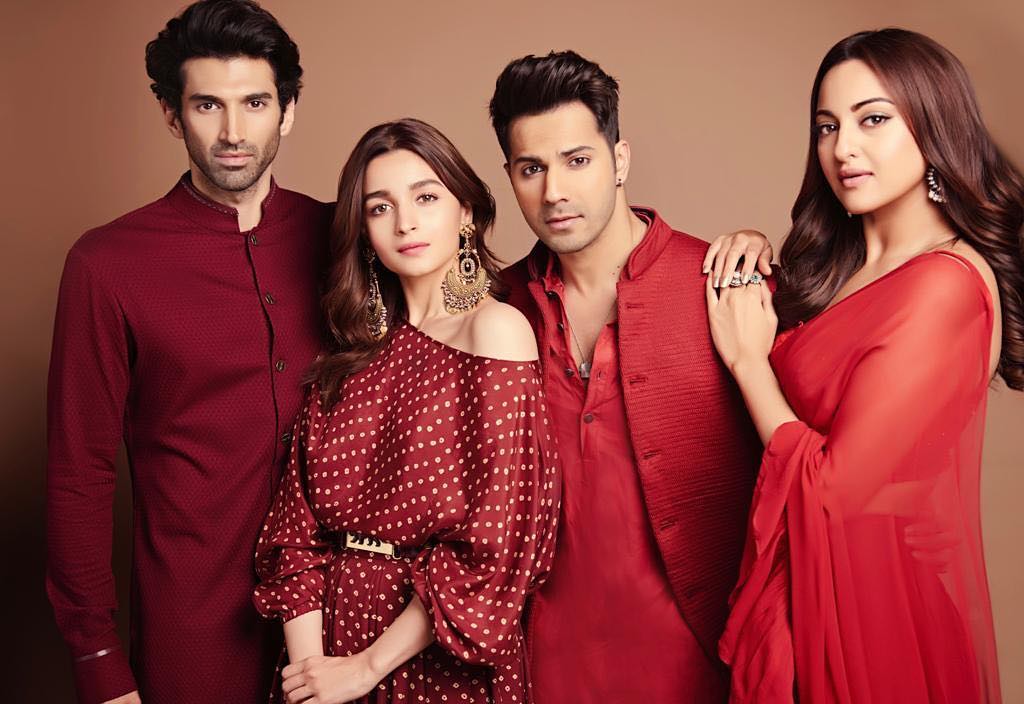 Does the responsibility of being the most bankable star of your generation rest heavily on your shoulders or you carry it lightly?

It rests heavily. It’s not light. Also, I don’t know what light is. I just know what I feel. Obviously, I’ve interacted with a lot of actors and each of them have their own stresses and pressures. But I see that I end up taking stress about things that they sometimes don’t.

I’m not aware of this, seriously. I had no idea. Money is obviously amazing and is very important but money is not the driving force of my life. It never has been. I think money goes up with success. You have to know your own value if you want others to know what you’re worth. And what this does for me is that it gives me the power to do more things that I really want to put out there.

Watch Kalank this week, then watch Avengers next week

What does power in Bollywood mean to you?

Power means that eventually I can do the films I want to do. And bring to the forefront certain things related to films which otherwise would not see the light of day. I do feel a lot of things have started opening up with digital and I get surprised when I see Arjun Rampal saab, who is a wonderful actor, in the digital medium. Or even someone like Shobhita Dhulipala. And serials like Sacred Games. It’s great these avenues are also opening up. But now I feel the fight is over the identity that Hindi cinema was always known for because what differentiates us from the West is what we do so well and what they can’t do at all. How we celebrate song and dance in such a beautiful way. That’s why a film like Kalank is very important because it’s a celebration of Hindi cinema and for a very long time we have not celebrated this. Somewhere down the line we stopped doing that. Everything goes through an evolution. Hopefully there is an evolution of this genre and we’ll see that in Kalank because a young filmmaker, Abhishek Varman, has directed it.

When you say the audience has not seen a film like Kalank in a while, which was the last film you had in mind like this?

I can’t say. But I was discussing this with Abhishek Varman and what came up were the films that Subhash Ghai used to make a lot. When the songs in his films came along, the narrative used to move forward, whether this was Khalnayak or Karz. It was admirable the way he used his songs in his narrative. And his music – simply unbelievable! Even Yash Chopra, for that matter. And the recent example of a filmmaker like that being Sanjay Leela Bhansali. I don’t think there are many newer directors trying to do this in their own way. So Abhishek doing it in his second film is commendable. To manage this cast, those sets, is tremendous. I know for a fact that what we have done in Kalank is something not seen on screen before. And now we have the support of VFX and technology to make it look grander. 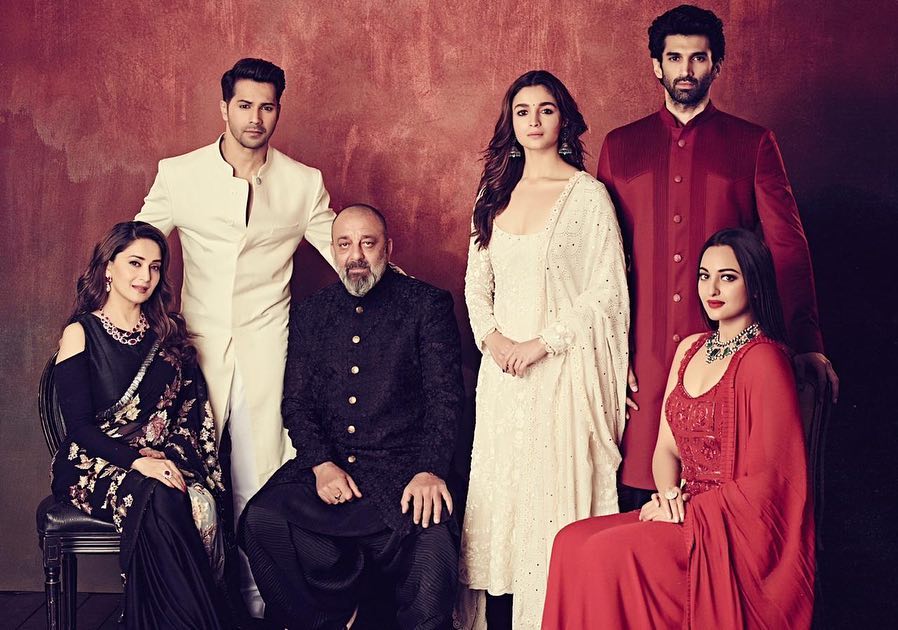 Are you an Avengers fan?

Of course! I am a film fan, yaar. More than anything else I love watching films. Earlier, I would watch three films in a week.

Avengers: Endgame is knocking on the box office door a week after Kalank. Is this a cause for celebration or concern in you?

You see two films in two weeks, simple! Watch Kalank this week, then watch Avengers next week. There are a lot of holidays in between. There’s Mahavir Jayanti and Good Friday this week, then Saturday and Sunday. Avengers comes along and there’s another weekend. I think it’s a great time for cinema. Audiences are getting to watch all these films. Primarily, we are a Hindi film. For me, India is always the main place. I want my film to be loved in India. Avengers is too big. They’ve got worldwide global strength. I don’t think the thought of competition is coming in anyone’s mind. It’s not even a clash for that matter. The films are releasing on different dates. Internationally, they are releasing two weeks after us.