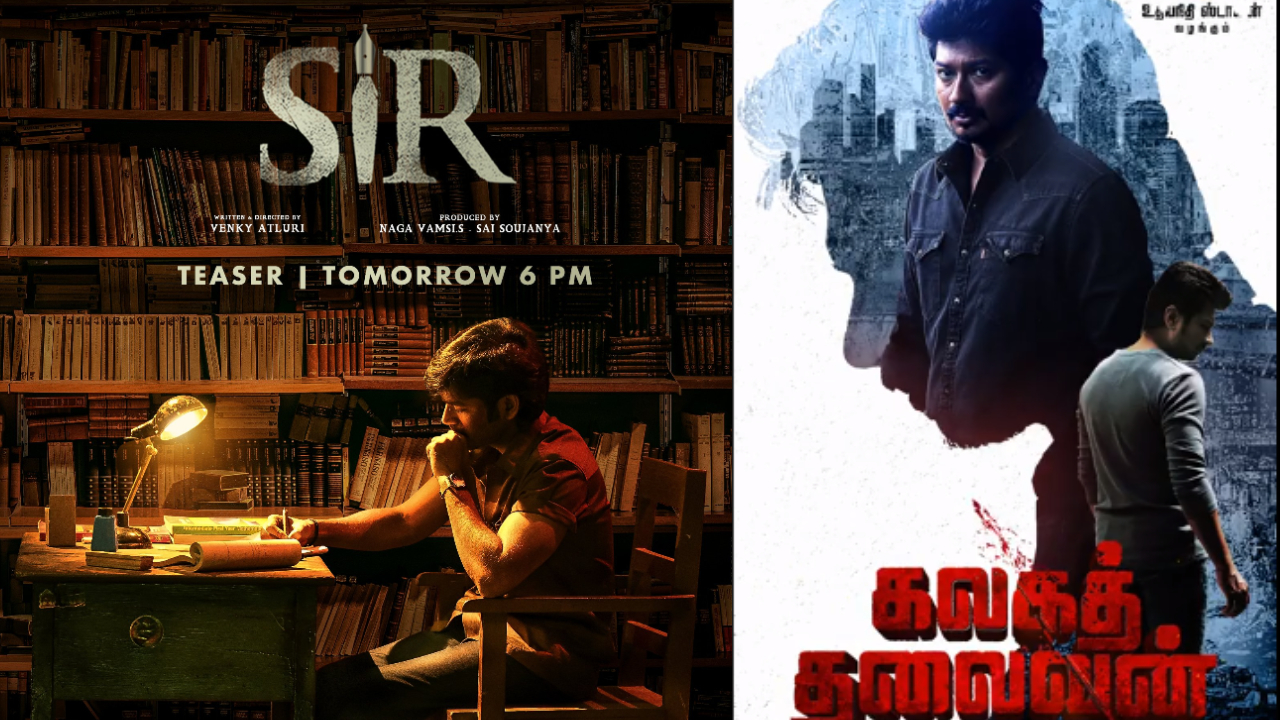 Fans of southern film industry are in for a treat as some exciting news is coming their way. After his sensational all-guns-blaring avatar in Netflix’s The Gray Man, Dhanush returns to his roots with Vaathi aka Sir. The first look of the film was released today ahead of teaser launch. On the other hand, Kamal Haasan has announced the next project for RaajKamal Films International production with Udhayanidhi Stalin in the lead. The film is titled Kalaga Thalaivan. Read on for more details:

First look of Dhanush from ‘Vaathi’ unveiled; teaser out tomorrow

Welcome the versatile @dhanushkraja in & as #Vaathi / #SIR

The makers of Vaathi starring Dhanush and Samyukta Menon in the lead unveiled the first look of director Venky Atluri's bilingual film today. Taking to Twitter, Sithara Entertainments, the firm producing the film, tweeted the first look and wrote, "Welcome the versatile Dhanush K. Raja in and as 'Vaathi'/'SIR'. Presenting to you the 'Vaathi' First Look." The production house also tweeted that the film's teaser would be released on Thursday. Dhanush is reportedly playing the role of a teacher as Vaathi is said to be a campus film revolving around the education system. The first look poster shows him engrossed in his study, writing.

S. Naga Vamsi and Sai Soujanya are bankrolling the prestigious project, the shooting of which began on January 5 in Hyderabad. Cinematographer Yuvaraj is associated with the project along with National Award winning editor Navin Nooli, and music is by music director G.V. Prakash Kumar. Vaathi will release in Tamil and Telugu.

Kamal Haasan has teamed up with Udhayanidhi Stalin’s Red Giant Movies to co-produce the upcoming actioner Kalaga Thalaivan. R Mahendran also is the producer of the film. The film stars Udhayanidhi Stalin in the lead along with Nidhhi Aggarwal. The film is directed by Magizh Thirumeni. The announcement was made at an event organized by Red Giant Movies to commemorate its 13 years in production and distribution. The event had Kamal Haasan as chief guest and was presided over by Aamir Khan. The film marks the 54th venture of Raaj Kamal Films International.

The film, which has music by Arrol Corelli, will see K. Dilraj behind the camera. Sources close to the film unit say that it has been shot in its entirety and post-production work is now on.