A lot went on in the South film industry today. From Boney Kapoor announcing the Tamil remake of Article 15 to Miya George sharing engagement photos with fiance Ashwin Philip, several South actors and producers made headlines this morning.

Ayushmann Khurrana's 2019 film Article 15 was one of the critically acclaimed films of last year. Directed by Anubhav Sinha, the film talked about the discriminations in rural Indian areas and how an honest and responsible police officer fights it. Now, Boney Kapoor has announced that his next project will be the Tamil remake of Article 15. Starring Udhayanidhi in the lead role, the film will be jointly produced by Boney Kapoor’s Bayview Projects LLP, Zee Studios and Raahul's Romeo Pictures.

On Saturday (August 22), Boney Kapoor took to social media to announce the same. He wrote, "Happy to announce remake of Article 15 in Tamil starring @Udhaystalin to be directed by Arunraja Kamraj. It’s a @ZeeStudios_ Studios & @BayViewProjOffl Projects Production. We continue the tradition of remaking strong content this time with @mynameisraahul of Romeo pictures."

Happy to announce remake of Article 15 in Tamil starring @Udhaystalin to be directed by Arunraja Kamraj . It’s a @ZeeStudios_ Studios & @BayViewProjOffl Projects Production. We continue the tradition of remaking strong content this time with @mynameisraahul of Romeo pictures. pic.twitter.com/s1umdVaWYH

Recommended Read: Happy to be able to contribute in delivering cinema that has the power to cross over: Ayushmann Khurrana on Article 15 being remade in Tamil

Dhanush's much-awaited film Jagame Thandhiram, directed by Karthik Subbaraj may release online on Diwali 2020. According to media reports, the film's makers are not keen on waiting for the theaters to reopen and are now planning to go ahead with an OTT release.

A source close to the Jagame Thandhiram team confirmed the same to a portal and said, "As of now, the makers have zeroed in Diwali as the film's release date. Initially, they were willing to wait for the theatres to re-open and even informed the fans about their decision. But, the uncertainty in re-opening of theatres seems to have pushed the team to think of alternative ways," the source added. 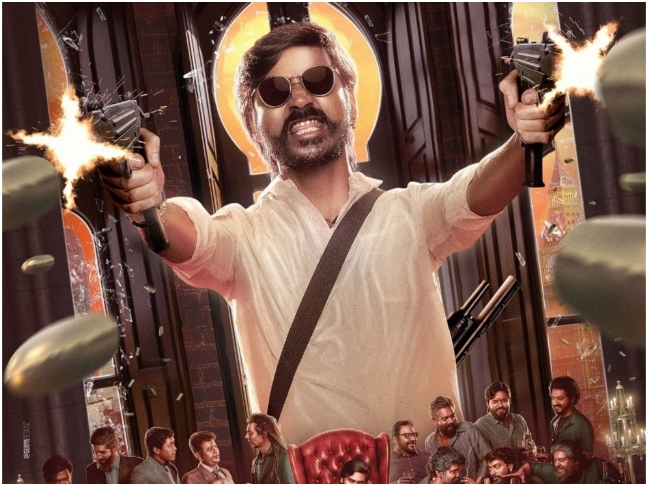 In June this year, Malayalam actor Miya George announced her engagement to beau Ashwin Philip. The ceremony was held in Kottayam, Kerala in the presence of their family members. The couple now had their official betrothal and the actor took to her Instagram page to share the beautiful photos as a treat to her fans. The actor has been getting a lot of love from her fans on the announcement of her wedding which will be taking place soon.

Dulquer Salmaan and R Balki team up for a psychological thriller