Allu Arjun, Rashmika Mandanna and director Sukumar’s highly anticipated drama Pushpa: The Rise- Part 1 is a full blown masala entertainer. Sukumar’s film is largely engaging and is set against the backdrop of sandalwood smuggling in the forests of Seshachalam in Chittoor, Andhra Pradesh in the late 1990s. The film is full of punch dialogues, characters that speak in Chitoor dialect signifying the region it is based in but falters at several places making it a mixed bag of a film.

Pushpa Raj (Allu Arjun) is one of the many coolies in Seshachalam who illegally smuggle red sandalwood. In a syndicate that is controlled by numerous players, Pushpa slowly becomes a strong hold from a man chopping the trees to the boss who call the shots. His smartness lies in not outwitting his rivals but staying a step ahead of his bosses. He also serenades his lady love Srivalli (Rashmika Mandanna) with aplomb but the romantic scenes between them are too cliched. Pushpa: The Rise –Part 1 is a bit sluggish and has nothing new to offer with the rise of the underdog as the main motif. So Sukumar has nothing new to offer here but he makes up for it by exploring Pushpa’s character and expanding the story which might be done to pave the way for the second installement Pushps: The Rule. However, this move might not go down too well with everyone as it makes the film tedious, slow and too much of hype which becomes overwhelming. Pushpa gets the upper hand over most of the characters until he meets his match in IPS Bhanwar Singh Shekhawat (Fahadh Faasil) who is all set to threaten and crumble the set order the protagonist has carefully build.

Sukumar’s direction comes out tops when he is sticking to the smuggling storyline and capturing Allu Arjun’s flamboyance. However, he falters when he has to show the odd romance between Pushpa and Srivalli. It does not move the story forward or even add to it. On top of it the final confrontation between Shekhawat and Pushpa seems rushed and does not leave the impact it should have done with the entire crescendo it was adding onto. 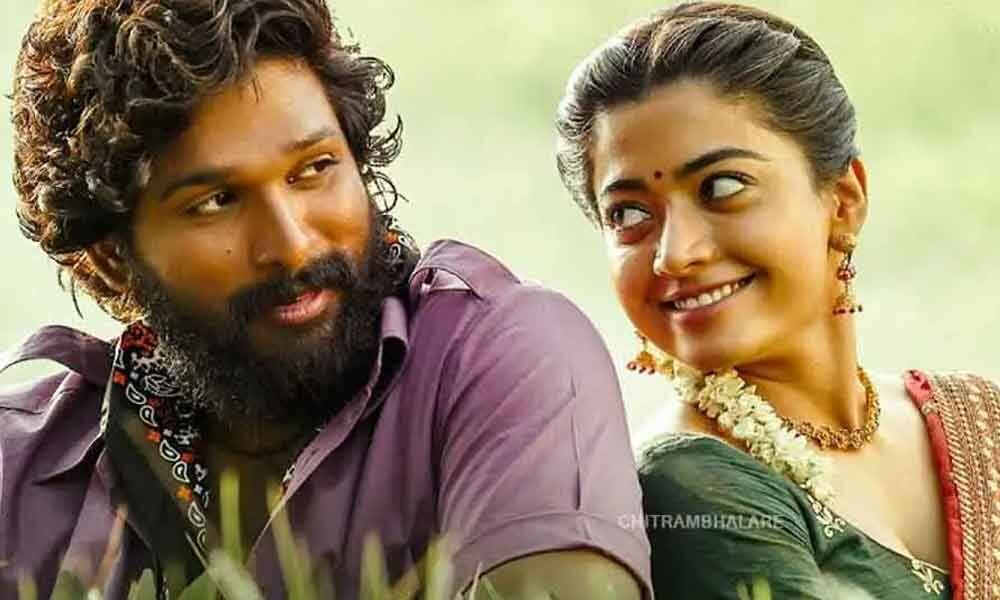 Allu Arjun shines in Pushpa: The Rise. He leads and shoulders the film all on his own. His transformation and dialogue delivery in the Chittoor dialect is spot on. The film is his show right from the beginning till the very end. He nails his body language and makes his performance highly entertaining. Rashmika Mandanna as the village belle gets her accent right and is sincere in her efforts but does not have a great role to play. Sunil as the antagonist along with Anasuya Bharadwaj give proper menace to their characters. Fahadh makes a late entry in the film and hopefully will get a meatier role in the second part which will make them locking horns truly engaging.

Pushps: The Rise is a predictable gangster drama and leaves a strong impact only for two reasons- Allu Arjun’s performance and Devi Sri Prasad’s music. The film shows promise as it sets up things for Pushpa: The Rule Part 2 but will it have enough meat to hold our attention for more than two hours. Watch Pushpa: The Rise for Allu Arjun’s riveting performance.