Subhash Kapoor-directed Madam Chief Minister is a political drama that touches upon the class struggles prevalent in India. The film tries to portray the ambitions and aspirations of the downtrodden castes that want to be included in the mainstream of society. Richa Chadha plays Tara, a girl born into a lower caste family whose father dies when she was an infant. Madam Chief Minister as its title suggests is the journey and triumph of Richa’s character to the top echelons of state politics.

Richa’s Tara is an ambitious, daring and carefree girl who joins politics due to some circumstances that change her life completely. She is mentored by Saurabh Shukla who plays the role of Masterji, the head of a regional political party and her political guru. With his help and motivation, Tara starts her political journey and after winning the election rises to the post of Chief Minister. However, not everything is hunky dory at the top and one has to face stiff competition, betrayal and deceit from people close to her. 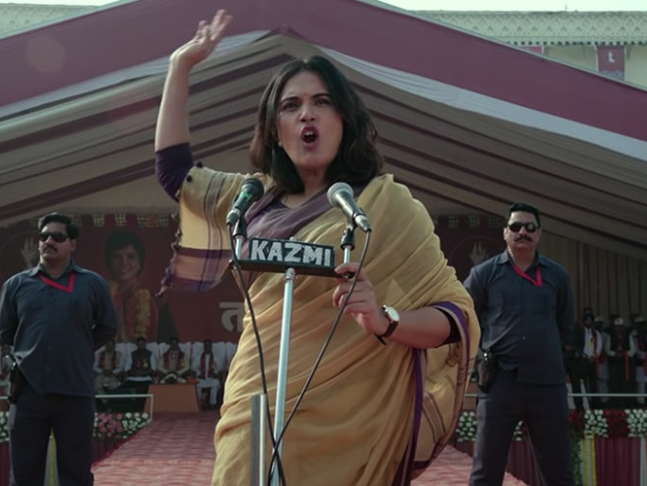 Richa has done a commendable job in the film. Her resilience, grit and determination in rising above all odds and proving her naysayers wrong keep the film going. She proves her acting mettle once again with Madam Chief Minister and shines in the film. Richa brings to life the hardships faced by a lower caste girl in living life on her own terms and making it to the top position in the state government.

Saurabh Shukla is equally impressive as Masterji. He is impeccable as the veteran politician who is looking to find his political heir and brings up Tara to work for the society. Richa’s and Saurabh’s chemistry lights up the screen and they bring a semblance to what is definitely a weak script. Manav Kaul as Richa’s aide and later her husband with shades of grey is admirable and impressive. Akshay Oberoi and Shubhrajyoti Barat also impress with their performances. Shubhrajyoti as Arvind Singh in Madam Chief Minister gives a crackling performance.

Madam Chief Minister is a twisted political drama that sheds light on the class divide and caste politics prevalent in Indian political system. However, the twists-and-turns in the film seem a bit unnecessary and redundant in the film as they do not take the story further. The first half of the film is engrossing but the second half becomes sluggish and slow and you would need supreme efforts to stop your attention from wavering. The dialogues of Madam Chief Minister are praiseworthy and interesting and will make you applaud with the one-liners. 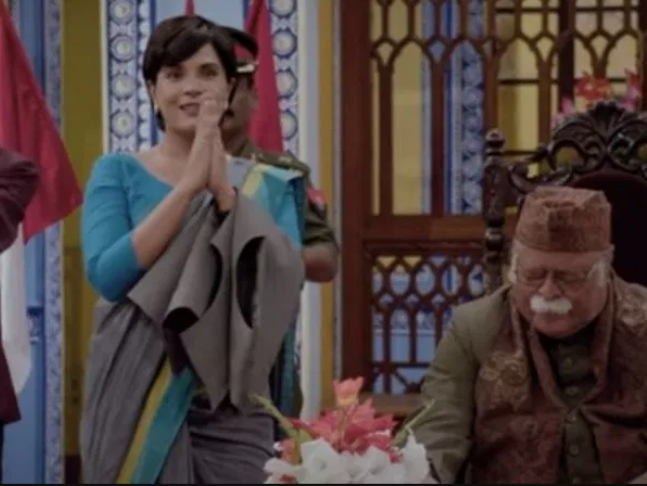 Subhash Kapoor’s direction could have been a lot crisper and taut. He loses the plot in several scenes and makes them unnecessary lengthy and verbose. Music of Madam Chief Minister is not very impressive and fails to make a mark. The film shows how politics and the greed for power corrupt people and makes mince meat out of them.