Short film Tindey starring Rajesh Sharma, Ashwini Kalsekar and Adah Sharma was nominated for Filmfare Short Films Awards 2020, and rightly so as it is a refreshingly fresh and tender take on relationships and things that we take for granted in our lives. The film is written and directed by Seemaa Desai and produced by Parag Desai and Sejal Kaushik.

This 20-minute short film takes a look at dating apps, midlife crisis, fidelity and the cliché of monotony regarding married life. The film’s name is a spoof on the popular dating app and you sense a foreboding initially thinking that the film will definitely lead to heartbreak. However, fortunately, it’s a feel-good happy film and will leave you with warm fuzzies in your heart. 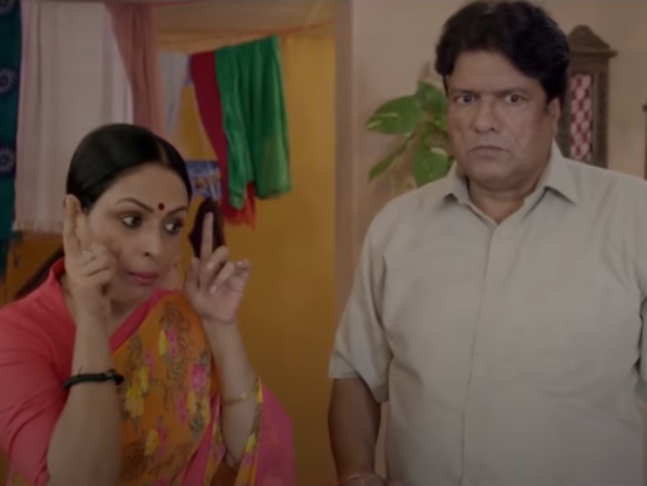 Kranti (Rajesh Sharma) is in his late 40s and is employed as a clerk at a government ID office. He is neither very rich nor is very ambitious. He leads a boring and humdrum life with his nagging yet and strict wife Shammo (Ashwini Kalsekar). He is a henpecked and relatively simple and honest man. However, his mindset takes a turn when his colleague Mishra (Mukesh Bhatt) introduces him to a dating app, called TINDEY. Spurred by Mishra, Kranti starts clicking on pretty profiles with an aim to meet young, hip and happening singles.

In due course, he finds an unexpected and irresistible match in Molly (Adah Sharma) who is a free-spirited and beautiful girl who flirts with Kranti and calls him ‘Amitabh Bachchan’. Encouraged by the young girl’s acceptance and her flirtatious nature Kranti feels things will take a turn for the good when he can actually start an affair with her. However, true to the adage, all that glitters is not gold and what seems true to the naked eye need not be the entire truth. In an unexpected turn of events, all hell does not break loose for Kranti and Tindey culminates on a happy and joyful note for everyone concerned including Molly and Shammo. Tindey is a playful tease on the dating app Tinder and director Seemaa Desai expertly tries to convey how people run away after things that seem glittery on the outside while neglecting the true gems in their lives.

Stories based on online dating apps and social media are generally gruesome, ugly and unpalatable with cautions on not to trust strangers but Tindey is a beautiful and poignant story that will touch your hearts. Seemaa’s direction is simple, lucid and clear. The dialogues by Deepak Kapur Bhardwaj reflect the Indian way of life and the screenplay boasts of innate knowledge of human nature and how people behave in certain circumstances. 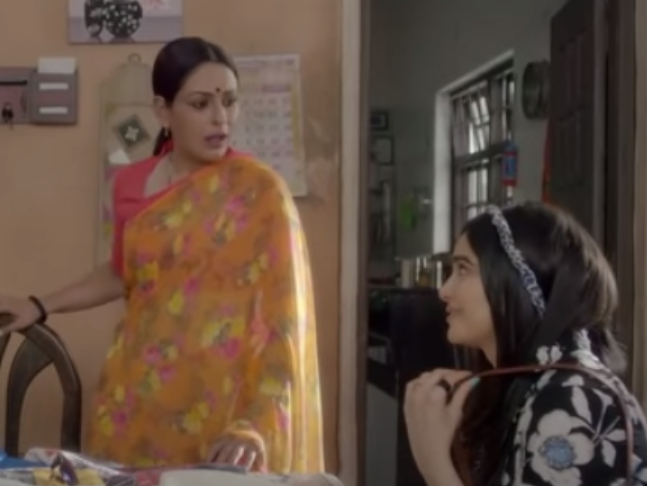 Rajesh once again presents his ace self on screen. He conveys his feelings with a shy and coy smile and his eyes reflect the emotions bubbling underneath. No wonder, he clinched the Best Actor for Tindey in the Filmfare Short Film Awards. Mukesh plays the role of the sleazy and mischievous friend-cum-colleague to the T. Ashwini as Shammo breathes fire into her role of a responsible and strict housewife who loves her husband but is too caught up with household chores and financial trouble to feel loved or exhibit the emotion towards her husband. Adah is cute, bubbly, sly yet sweet and even though you know that she is out to trick, her character has a redeeming arc and we see that she is a nice girl underneath her ulterior motive.

Tindey remains ‘tied’ and ‘committed’ to the relationships that we forge in our lives and for the feel-good factor that it brings during these tough times deserves another brownie point.