As a courtroom drama, Section 375 is among Bollywood’s best. Better even than Shoojit Sircar’s Pink that had Amitabh Bachchan playing the defence lawyer in a molestation case. Here, the defence is charmingly put up by Akshaye Khanna as criminal lawyer Tarun Saluja. His adversary is the feisty public prosecutor Hiral Mehta (Richa Chadha) who started her law career as a trainee in his chambers and is aiming to be Advocate General in the future. They are fighting no-holds-barred over the acquittal or conviction of film director Rohan Khurana (Rahul Bhat, arrogant and sleazy) who has been accused of raping the assistant stylist of his production Anjali Dangle (Meera Chopra, stripped of all her glam) at his home after sending the maid away. The story is not new. It resonates strongly with the 2009 case of a Bollywood hunk on the threshold of stardom who was accused of raping his maid at home while the wife was away. 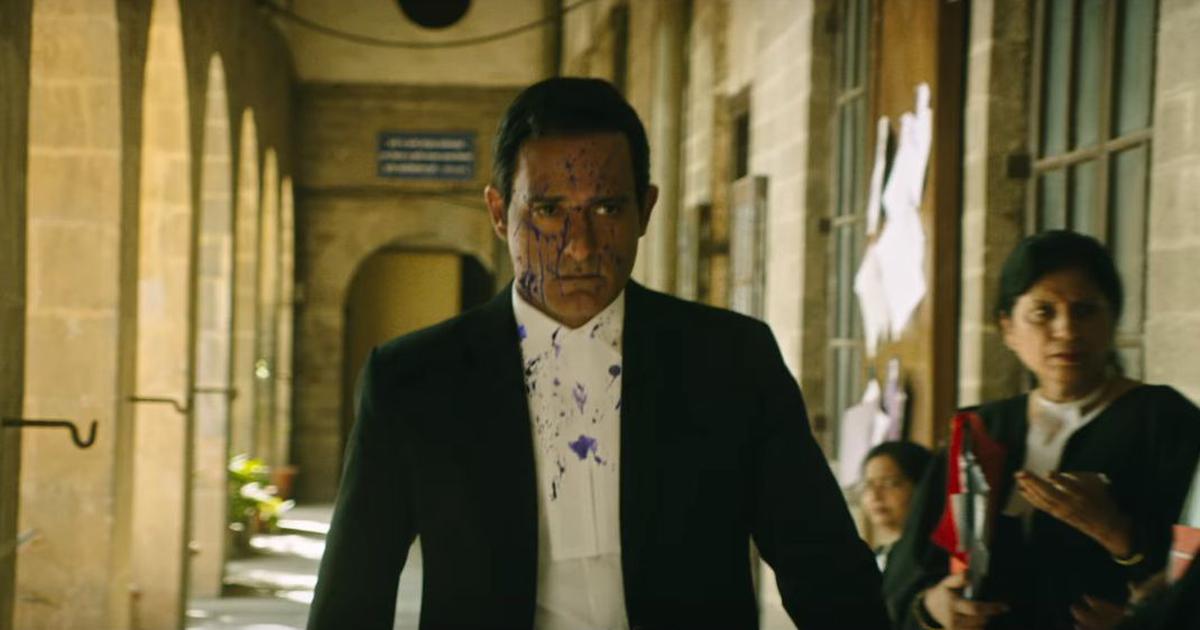 The drama in court makes up almost the entire film. Thankfully, the pace of Section 375 is cracking and is not broken by meaningless songs, romance, unnecessary comedy and action. Whatever action there is, is in the cut-and-thrust of the trial that is played out like a chess game between Law and Justice. It’s also brilliantly captured in a set resembling the old Bombay High Court where the case comes up for confirmation of the sentence set by the trial court and the accused’s bail application. For a change in a Bollywood film, the principal characters uphold the dignity of the court with their solemn performances. They have been sensibly cast. Right from the bored looking policemen tasked with bringing the accused to the hearings, the lawyers swathed in black robes and white collars, and the division bench comprising character actors Kishore Kadam and Kruttika Desai as judges who are as empathetic as they are severe and as amusing as they are firm. Outside the court, the violent protests by agitators against the accused and his lawyer, and the police dispersing the mob with a lathi charge and water canon, have also been realistically shown. 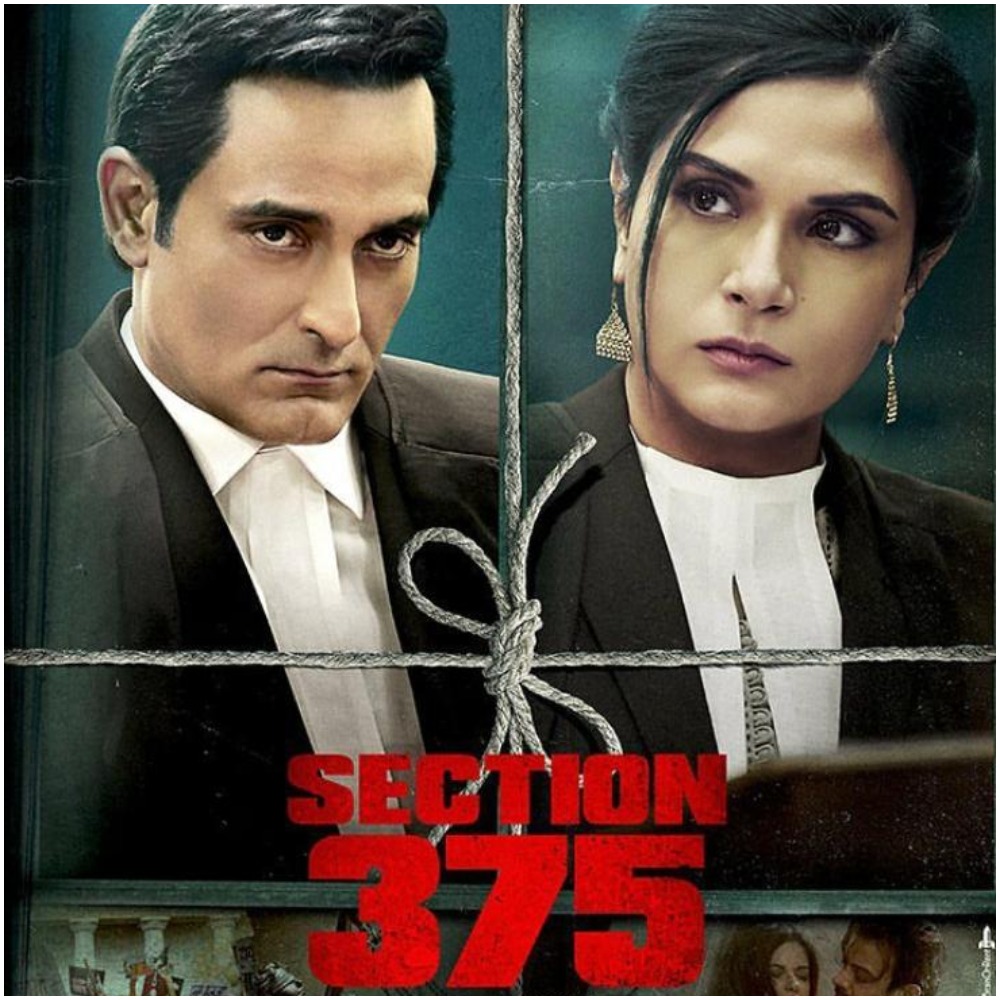 There’s plenty more, besides the powerfully restrained performances by the three lead actors, that calls for pats on the backs of director Ajay Bahl and Section 375 writer Manish Gupta. Like the gripping title track by Clinton Cerejo that sets the tempo for the rest of the film. The casting of the other characters, especially the crass and insensitive male doctor who embarrassingly examines the rape victim in a government hospital, the victim’s family that cringingly attends the trial and has to shamefully give evidence, the corrupt investigation officer of the police who tries to sabotage the evidence and so on. The genre of the film is edutainment. It educates the viewer on court procedure, the IPC and how it can be misused, what happens when a girl cries rape, how Section 375 defines rape as a criminal offense and puts the onus of proving himself innocent on the accused. And it entertains with the sparkling performances, crisp dialogue, tight camerawork and above all the twist at the end. Who wins the chess game in the courtroom? Law or Justice? Has Justice been served when the Law is observed? Depends on who’s fighting the case and who’s defending it and how sympathetic the bench is.

Thalaivii Review: Kangana Ranaut’s tribute to Jayalalithaa is not he