Director Chloe Zhao’s third feature film Nomadland has propelled her into the mainstream and the front of the Oscar race. The film has been nominated for six Academy Awards, including Best Picture, Best Director and Best Actress for Frances McDormand. Nomadland is a more visual poem than a film; an artistic venture that strikes the right balance between documentary and fiction with utmost clarity and grace. The 108-minute film is loosely adapted from Jessica Bruder’s non-fiction book Nomadland: Surviving America in the Twenty-First Century and borrows from themes explored by Zhao in her previous directorial ventures. 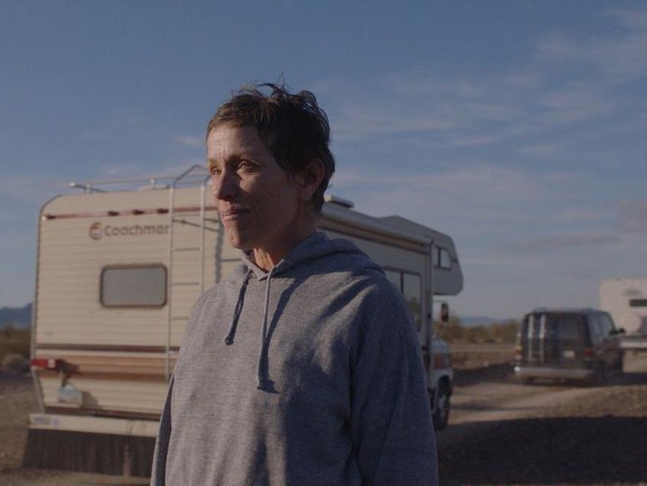 Nomadland starts with Fern (Frances McDormand), a widow and former substitute teacher from Empire, Nevada, who loses her job after the local gypsum plant in her town shuts down. The film is set in 2011, when the effects of the economic recession from a few years before continue to play out in different ways in America. After losing her job and security, Fern does not wait to find another job but instead piles her belongings into her utility vehicle (nickname Vanguard) and heads out on a voyage of self-discovery. Nomadland invites you to ride with her for a year as she drives from town-to-town, looking for seasonal jobs and living like a modern-day nomad. She says proudly in the film, “I am not homeless. I am houseless. There’s a difference.” She earns her way by working part-time at an Amazon packaging unit. 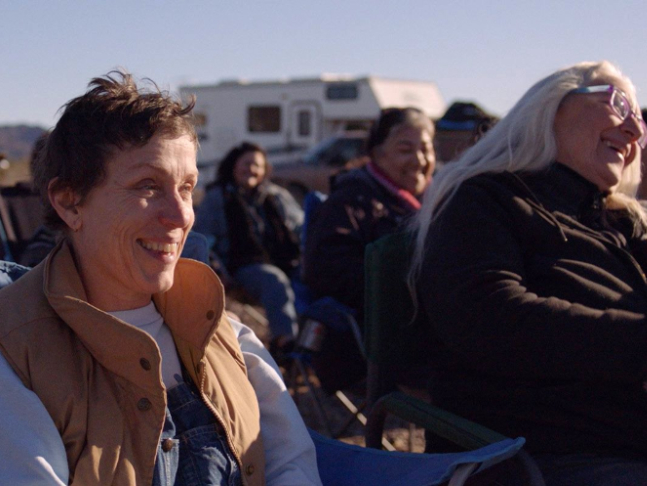 Linda May, one of Fern’s colleagues and friends tells her about the radical and charming nomad activist Bob Wells (playing himself) and other real-life nomads who play versions of themselves and the community of vandwellers who have congregated in Arizona to learn useful hacks for life on the road at an annual seminar/festival. Besides, Bob and Linda, Fern makes other friends at the camp, including Swankie and Dave and picks up van-dwelling hacks and begins to sink deeper into her nomadic life.

Typically in their 60s, the nomads are van-dwellers, middle-aged and middle-class people whose lives have been torn apart after the Great Recession of 2007-08 financial crises. They move from cities to cities in search of seasonal jobs and identities. It’s their never-say-die attitude that gives the film its essence and Zhao and McDormand revel in them. 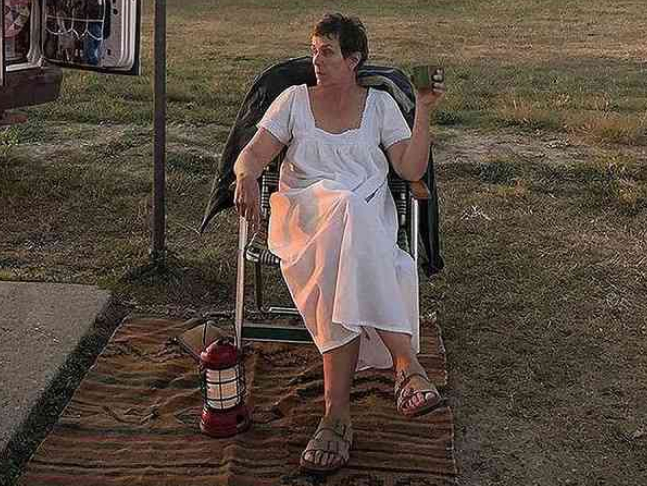 McDormand gives a stunning portrayal of a woman coming to terms with her loss and the journey that she has embarked on. It is perhaps a role where she needs to act the least, yet is the most profound. Her performance is so stellar that unless there is a major upset she is sure to take home the Best Actress Oscar trophy home. Her stoic demeanour and facial expressions evoke more emotions than reams of dialogues and thereby lies her talent. She portrays Fern as a feminist icon and fighter, making audience question and introspect about the fleeting reality but never wallows in self-pity, remorse and grief. Her uncertainty mirrors our own and her sense of adventure makes us root for her. The film does not give way to anger at the greedy corporate houses and insensitive government, adhering to its lack of conflict premise.

Nomadland paints a poignant picture that makes us wonder where we faltered as a society and about the looming financial crises but the nomads have the willingness to fight and the will to survive. Even if the narrative sounds grim, Zhao’s film is neither morose nor morbid. Zhao presents the screenplay beautifully that explores Fern’s attachment and detachment, solitude, loneliness, depression and desperation without going over-the-top. She charmingly incorporates real-life nomads into the film. 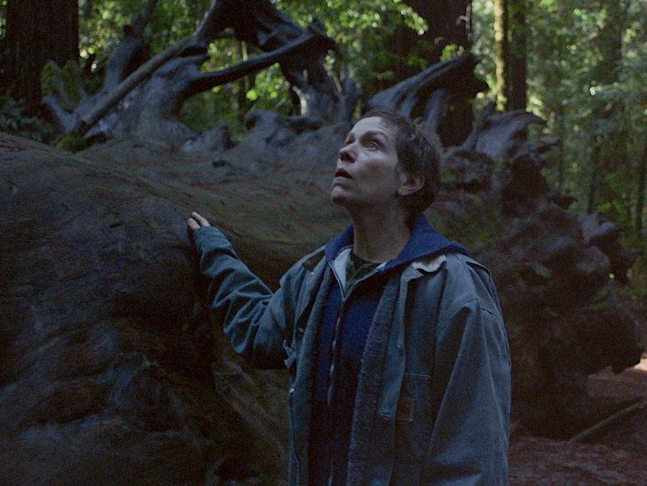 Joshua James Richards’ cinematography beautifully captures the desolate and arid parts of the US as well as the loneliness and emotions of nomads when they are in their vans alone. He manages to portray Fern’s inner and outer worlds beautifully. Ludovico Einaudi’s score is haunting and sets the mood for the film. It bends your heart to its will making you one with the story, screenplay and character, so much so that it is almost impossible to detach oneself from it.

Nomadland is the front-runner at the Oscars 2021, but all the hype and the awards should not take away from the lessons it tries to impart.