The success of Ram Madhvani's Dhamaka has given the validation that Kartik Aaryan has been looking for since his debut in 2011. His praiseworthy performance as a news anchor in the Netflix film has proved his mettle as a performer and established him as one of the most sought-after Gen-Z actors. The next exciting, different and challenging project in his kitty that will see him stepping into the all-new territory is Hansal Mehta's Captain India, produced by Ronnie Screwvala and Harman Baweja.

The film is based on Operation Raahat, India's rescue operation to evacuate Indian citizens and foreign nationals from Yemen during the 2015 military intervention by Saudi Arabia and its allies in that county during the Yemeni crisis. Aaryan will play the role of a pilot who spearheaded the operation and displayed exemplary bravery and courage in the process. It will be a physically and mentally challenging role for Aaryan, and one expects him to deliver a knockout performance here again. The film goes on floors in June 2022!

Suniel Shetty and Vivek Oberoi are coming together again. The actors who have earlier worked together in Apoorva Lakhia's gangster drama Shootout At Lokhandwala (2007) and Samir Karnik's romantic comedy Kyun! Ho Gaya Na (2004) are now teaming up for a web series. It's a heist drama titled Dharavi Bank and sees them pitted against each other. The MX Player series also stars Sonali Kulkarni, Freddy Daruwala, and Santosh Juvekar in the supporting roles. Akshay Kumar's first co-star from his debut film Saugandh, Shanti Priya is also making her comeback with this Zee Studios production. Indori Ishq fame Samit Kakkad is directing it from the script by Sarthak Dasgupta. 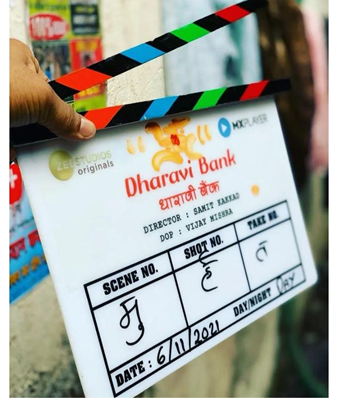 Currently being shot at the film city in suburban Goregaon, Dharavi Bank is Suniel Shetty's second OTT project after his recently announced Invisible Woman, a noir action thriller series also starring Esha Gupta in the lead role. The Yoodlee Films venture follows the story of a cop who gets a chance to clean up his past when falsely implicated for the murder of an old woman, but his path to redemption of the soul is littered with physical pain. Vivek Oberoi, meanwhile, is awaiting the premiere of the third season of his sports drama series Inside Edge and is also reportedly doing a web series with producer Gaurang Doshi.

Banita Sandhu who made her Bollywood debut with Shoojit Sircar's October (2018) and was recently seen in a crucial role in his critically acclaimed Sardar Udham is next doing an International film. She is playing a lead role in Swiss-Indian filmmaker Kamal Musale's Kavita & Teresa — a story about love and compassion inspired by the life and teachings of Mother Teresa. The film that has been shot majorly in the slums of Calcutta was premiered recently at the Zurich Film Festival and will soon release in theatres across the UK. 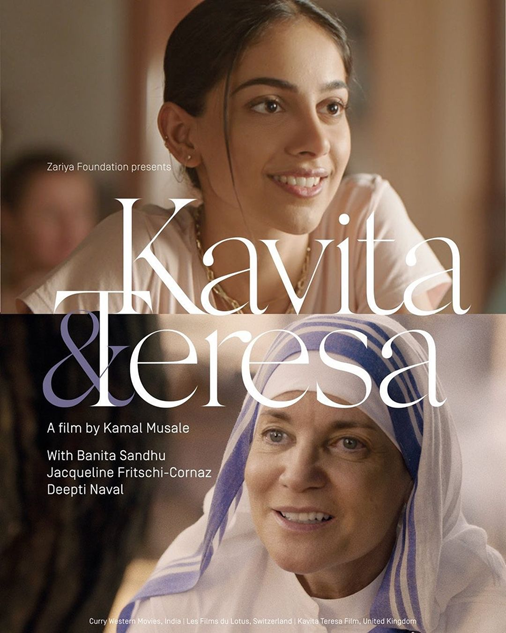 The human drama stars Sandhu as Kavita, a spoiled modern young woman of Indian origin living in London, while Swiss actress Jacqueline Fritschi-Cornaz plays the role of Mother Teresa. The veteran Deepti Naval plays Kavita's old nanny who was adopted as a child by Teresa when she started working in the slums, in 1948. The film follows two parallel stories interwoven across generations about Mother Teresa and Kavita, who both realize their calling despite great personal doubts. Besides Sandhu and Naval, it also features Indian actors like Vikram Kochhar, Heer Kaur, Jina Baishya, Shobu Kapoor, and Mahi Ali Khan in pivotal roles.

Legendary late actor Amrish Puri's grandson Vardhan Puri's debut film Yeh Saali Aashiqui (2019) might have bombed at the box office but his performance earned him accolades from all across. He was supposed to follow the romantic thriller with three back-to-back films next year, however, the coronavirus pandemic ruined his plan like everyone else's. In the months-long lockdown, the actor kept himself occupied catching up on cinema, doing workshops, and writing scripts. With the film industry getting back on track, he is now shooting all those delayed projects one by one. 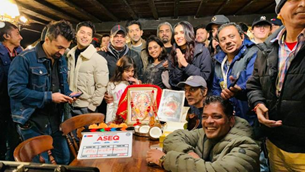 Vardhan returned to sets in September with Kunal Kohli's Bobby Aur Rishi Ki Love Story that launches filmmaker Shekhar Kapur's daughter Kaveri opposite him. The romantic comedy was filmed in a start-to-finish schedule in and around London and is currently in post-production, eyeing a March 2022 release. He then headed to finish Vivek Agnihotri's The Last Show in which he gets the chance to share screen space with his grandfather's friends Anupam Kher and Satish Kaushik. Agnihotri has described this film as "a tribute to dying arts of India, like folk theater and Qawwali."

With the two films' production finished, Vardhan has now moved to his third project, Aseq. It's a supernatural thriller based on a real-life incident in Mumbai and co-stars Sonnalli Seygall and Siddhant Kapoor. Directed by lyricist Sarim Momim, the film is currently being filmed in a tiny Vale of Glamorgan village. The makers are reportedly using The Blue Anchor Inn as the prime location of the story.