The year 2020 was all about newsmakers from the telly industry making a buzz, for some good and some unpleasant news. From the return of iconic '90s shows during the lockdown to the heartbreaking news of actors being out of work, the year 2020 proved to be full of mixed emotions.

As we are all set to bid goodbye to 2020, it is time to recap the biggest newsmaker that dominated the Indian Television industry this year.

RETURN OF THE DOORDARSHAN CRAZE 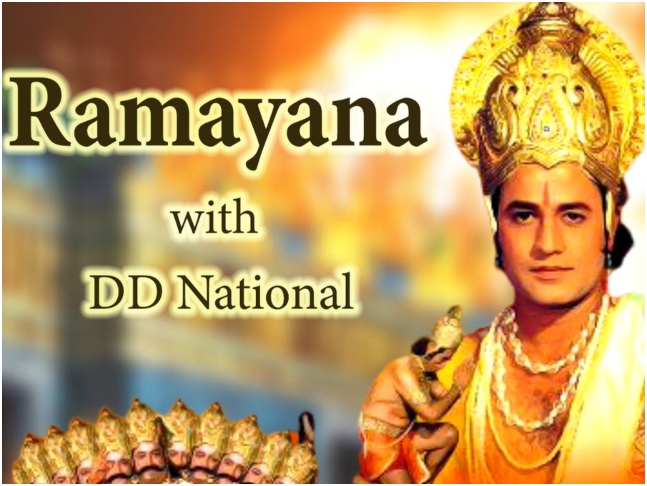 Four decade-old mythological shows of Doordarshan made a return on TV, thanks to the lockdown. Ramayan, Mahabharat and Shri Krishna took over the small screen with impressive viewership during the initial three-four months of the lockdwon. It is only lately that the newer shows with fresh episodes managed to take their place back on TRP charts. Apart from the mythological, there was Byomkesh Bakshi, Shaktimaan, Jungle Book and many such amazing TV shows which made a return. After many years, DD1 managed to have a TV show in the topmost rank on the BARC list with Ramayan. Ramanand Sagar's epic show Ramayan's returned to television during the lockdown. The show started its rerun on DD National. and smashed viewership record. Since March 28, when its rerun began on DD National, Ramayan continued to be the most-watched show in India, week after week. Before concluding on April 18, Ramayan broke another record, as it became the most-watched show in the world with 77 million impressions on April 16, according to data issued by BARC India. In the same week, DD National had garnered 2.68 billion viewership for the week. 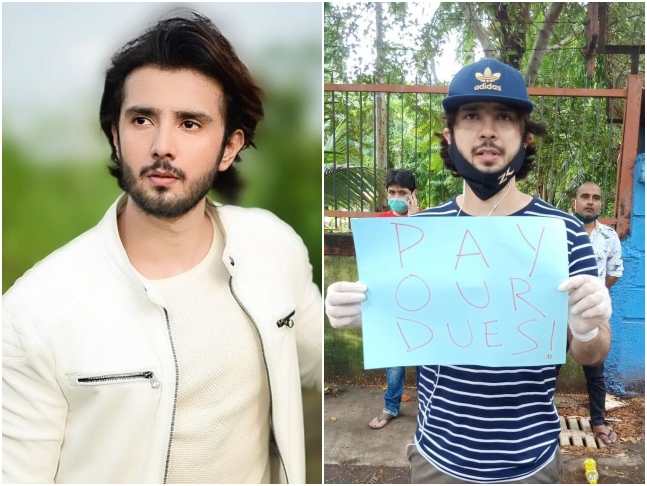 The year 2020 was full of ups and downs for everyone and for the TV industry it was no different. The television industry faced stiff challenges and several big-budget shows, which started with a bang, soon went off air during the lockdown. The abrupt ending of several telly shows not only left the cast and crew sad but also the audience disappointed. While some shows bid adieu due to low TRP ratings, few others faced budget challenges amid the COVID-19 pandemic. Not only this, several cast and crew member of various TV shows even complained of non-payment of dues for the working days before the lockdown. Actors from shows like Hamari Bahu Silk and Bhabhiji Ghar Par Hain faced the issues of non-payment of dues and went public about it. The cast of Humari Bahu Silk including Zaan Khan and Chahat Pandey even protested outside the producers' office for their payments. While some producers did pay the actors back, some faced rejection and did not receive the payment.

OUT OF WORK ACTORS 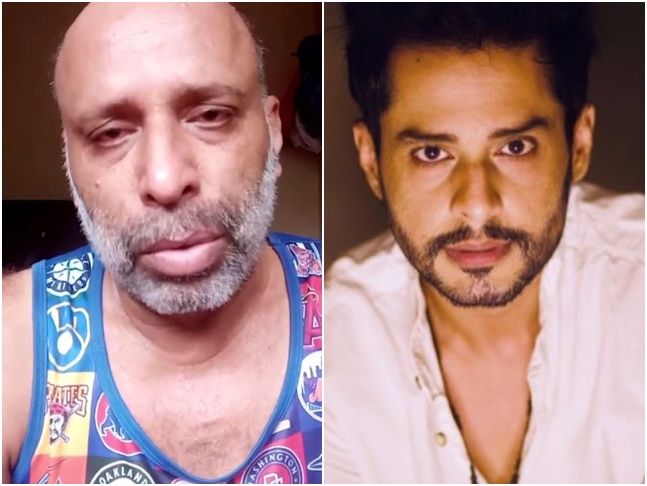 The COVID-19 lockdown saw many actors come out and speak openly about the financial crisis they were in. Begusarai actor Rajesh Kareer shared an emotional video, in which he pleaded with people to help him in whatever capacity they can so that he could return to Punjab, his hometown and pick up a small job to sustain himself. Bigg Boss fame actor Shardul Pandit also opened up about his financial struggle and informed he had moved to Indore to stay with his family back in June. Several character q actors of television also went public with their struggles and asked industry colleagues and fans for help. TV producer and Bigg Boss 14 contestant Vikas Gupta turned out to be an inspiration for many after he opened up about his sexuality on social media earlier this year and revealed that he is bisexual. While many lauded his bold move on social media and encouraged him to love his individuality, his family wasn't pleased. Vikas informed that his mother and brother left his home after the TV star disclosed his bisexuality to the world. However, in an exclusive interview with PeepingMoon, Vikas' younger brother Siddharth Gupta called this 'bullshit' and denied such reports. Not only this but when Vikas came out in the open and talked about dealing with depression, and called out the people, who let him through this. In a live video, Vikas named Bigg Boss 11 contestant Priyank Sharma, with whom he was reportedly in a relationship for 1.5 years and lived together. He also blamed Parth Samthaan and Shilpa Shinde for torturing him mentally and made explosive revelations about his personal life, where he admitted to being bisexual. In 2015, Parth Samthaan had lodged a complaint against Vikas for allegedly molesting him. However, later it was reported that Parth and Vikas were in a relationship for more than 2 years. Well, Vikas' big revelation did come as a surprise to fans! 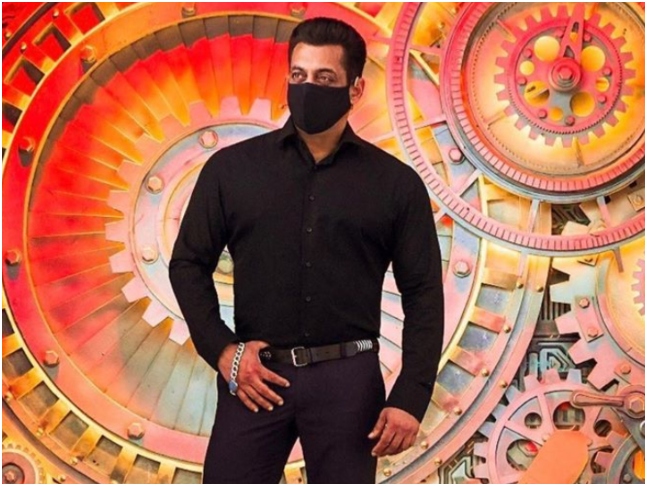 Even when several television shows' makers were hesitating to resume shoots, Salman Khan's controversial reality show Bigg Boss 14 came as a ray of hope amid the COVID-19 pandemic. The actor agreed to host the 14th season of the show amid the ongoing Coronavirus pandemic, with all precautions in place. The announcement not only made BB fans super happy but also created employment for several crew members, staff and actors. The show kickstarted on October 3 and garnered appreciation for its unique pattern this year. The contestants were kept in a mandatory 14-day quarantine period before entering the house and were tested compulsorily for COVID-19. Not only this, no guest was allowed to enter directly inside the house and was allowed to talk to the contestants either through ME TV or the glass case. Even though BB14 failed to create its place in the top TRP list, it sure did create a wave in the television industry and came across as an inspiration for other shows to kickstart.

SANA KHAN'S EXIT FROM THE SHOWBIZ 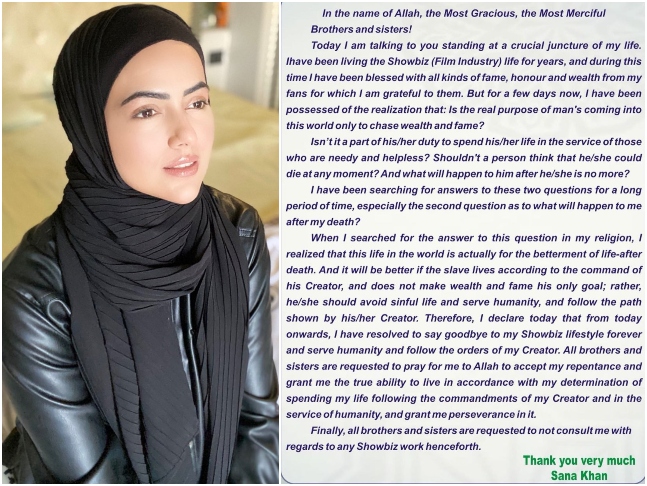 Former Bigg Boss contestant and actress Sana Khan shocked everyone this year when she said goodbye to showbiz. Taking to Instagram, she shared a long note in which she wrote that she wants ‘to serve humanity and follow the orders of her Creator’. She said that she had been pondering over the real purpose of her existence and hence took up the decision of bidding adieu to her acting career. The news of her leaving showbiz had hardly been processed when she announced her marriage to Surat-based Maulana Anas Saiyad in November. While several fans slammed Anas for reportedly stopping Sana to work, he slammed such reports and said he had nothing to do with her decision of quitting films and shows. 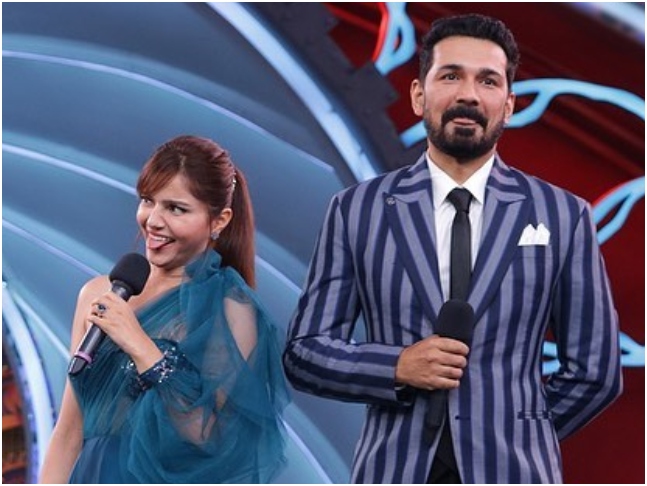 Rubina Dilaik's and Abhinav Shukla's marriage became the talk of the town when the Shakti actress revealed on national television that she and her husband and Bigg Boss 14 co-contestant Abhinav were about to get divorced. However, Bigg Boss 14 gave the couple a chance to work on their relationship. This came as a shock to their fans. While a few Netizens praised Rubina for her honesty, several others slammed her for talking about their rough patch on national television, just for a task. This did not go down very well with Abhinav as well, who confronted his wife over the issue and told it would have been better if she did not reveal about their divorce planning on the reality show.

Music composer Yashraj Mukhate's Rasode Mein Kaun Tha song took over the internet as soon as he posted it on Instagram back in September. The rap was made out of a scene in popular daily soap Saath Nibhaana Saathiya that featured characters Kokila Ben (Rupal Patel), Gopi Bahu (Giaa Manek) and Rashi (Rucha Hasabnis). It became so popular that the show's makers soon planned a second season of the serial that went on air in October and is currently enjoying good TRP ratings. 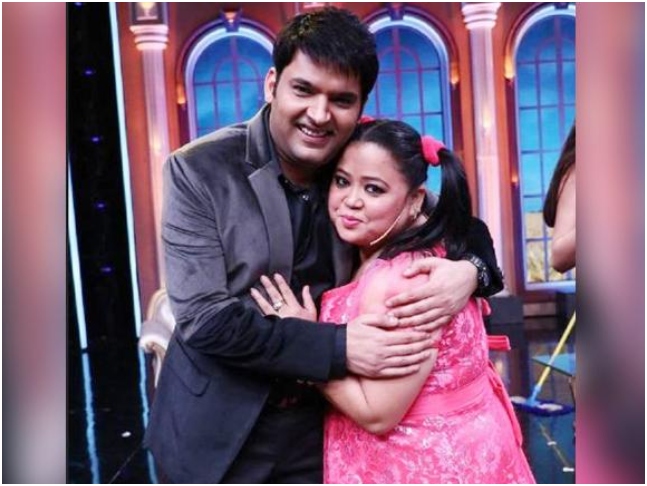 In November, Bharti Singh and husband Haarsh Limbachiyaa were arrested by the NCB on a drug-related charge. Soon after, reports of Bharti being sacked from The Kapil Sharma Show started trending. However, soon after in a strongly-worded interview, co-star Krushna Abhishek not only said that the rumours were untrue but also emphasised that he and show host Kapil Sharma stand with Bharti. Bharti and Haarsh were arrested by the Narcotics Control Bureau on the charge of possessing ganja or cannabis. The NCB had allegedly seized 86.5 gm of cannabis during a search at their suburban Andheri house and his Versova production house. They were later granted bail. On December 15, Bharti put a stop to all rumours as she returned to the sets of The Kapil Sharma Show. 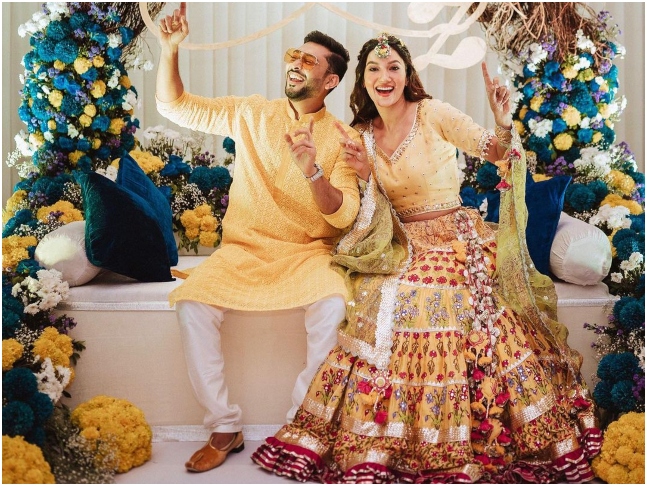 Internet's current favourite couple Gauahar Khan and Zaid Darbar were all over the internet back in August when they started posting romantic dance videos together. While the rumour mill was abuzz about them dating, the couple kept denying their relationship by tagging each other as 'family friends'. Gauahar met famous Bollywood music composer Ismail Darbar's son Zaid, a content creator and choreographer, in July this year. After much speculation, the actress announced her wedding to Zaid on December 1 on social media. The two even shot for their pre-wedding photoshoot at ITC Maratha, Mumbai in November. The couple often shares mushy posts for each other on Instagram with their hashtag #GaZa. The couple is all set to tie the knot on December 25 and has already kicked off their pre-wedding ceremonies. Too cute to handle, aren't they?

Well, these were the top newsmakers of 2020 and now, as we dive into 2021, let's see what keeps the internet packed with its buzz!