PeepingMoon 2020: Pratik Gandhi to Sushmita Sen - The best web debut of the year

Even though 2020 could not see much daylight in terms of box office collections and theatrical releases, it sure witnessed the massive popularity of web films and series. Several A-lister actors made their smashing debut on multiple OTT platforms and it would not be wrong to say that 2020 was all about the webspace.

The web newbies managed to create a lasting impression on our minds and showed immense promise through their launch vehicle. A combination of big and small production houses dished out a cocktail of interesting films and shows on various web platforms. As we get into the zone to bid adieu to 2020, here’s looking at the web debuts who put their best acting foot forward, creating the right buzz, claiming the spotlight, one episode/film at a time. 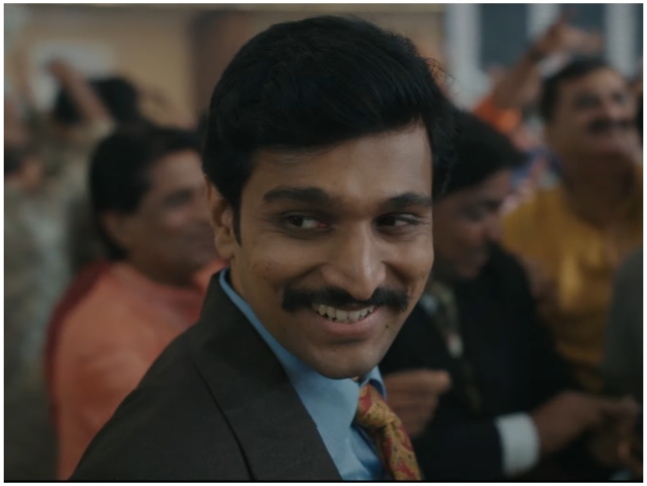 Can we handover the best debut of the year award to Pratik Gandhi already? The actor came as an underdog player and left a massive impact on the audience and critics with his knockout performance as late Dalal street broker Harshad Mehta in Hansal Mehta's SONY LIV show Scam 1992. Pratik was charmingly shrewd and effortless as the smooth-talking Harshad, with the right amount of Gujarati touch to his Hindi. A lot of times, we found ourselves rooting for him because he made it easy to like Harshad’s pompousness and excesses. Pratik is here to stay and there are no two ways about it! After two years of training for the role of 'stock market ka Bachchan', Pratik played it with utmost honesty and delivered the right punches.

Fun Fact: Pratik has been acting for over 15 years in theatre and is a popular name in Gujarati cinema. Internet's favourite South Delhi gurl and Raju ki mummy aka Dolly Singh finally made her much needed web debut with Netflix's Bhaag Beanie Bhaag, co-starring Swara Bhasker. And honestly, not her role or talent, just her presence in the show made it worth watching. Who would say this was her first-ever stint as an actress? Dolly, who played Swara's proverbial best friend in the show, left us all wanting for more. Her on-screen presence and dialogue delivery came across as commendable and we definitely cannot wait to see more of her in films and shows. 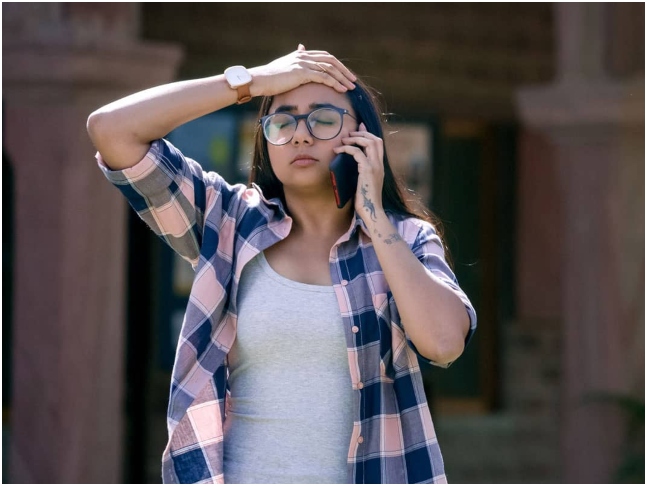 Popularly known by her YouTube name Mostly Sane, digital influencer Prajakta Koli became an instant hit with the Gen-X binge-watching crowd in a jiffy, thanks to her Netflix show Mismatched. With a massive fan following already, it was easy for Prajakta to make a space for herself in the web space but no one can fault her confident performance. The actress came across as a fresh breath of air and fascinated with her convincing act of Dimple Ahuja, a young coder who aspires to make it big. Her on-screen chemistry with Rohit Saraf won hearts as well. 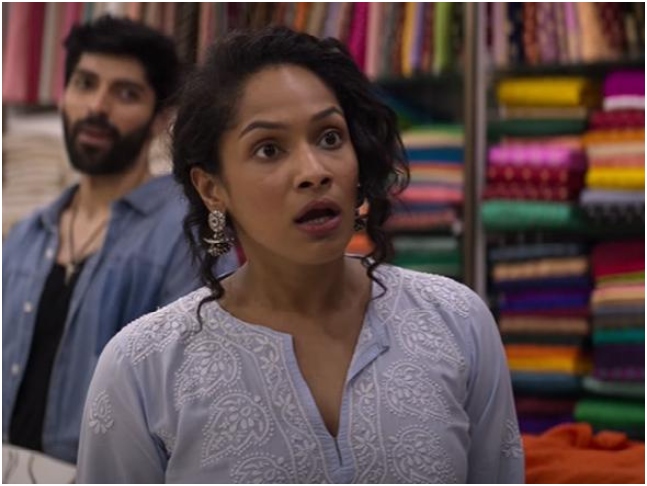 Masaba Gupta moved ahead of her fashion designing career for a bit and made a OMG debut with a Netflix show loosely based on her life - Masaba Masaba. Her most challenging and comfortable part was to share screen space with mother, actress extraordinaire Neena Gupta. But Masaba, as her own self, overcame the challenge and stole the limelight. Masaba's acting debut came across as a flat-out declaration and testament to phenomena - Masaba can very well act. The designer not only internalized her titular role with panache but has also managed to draw you in with her internal monologues. You go, girl!

Fun Fact: Masaba wanted to acted from a young age, but Neena wasn't convinced. Decades later, we wonder why so! 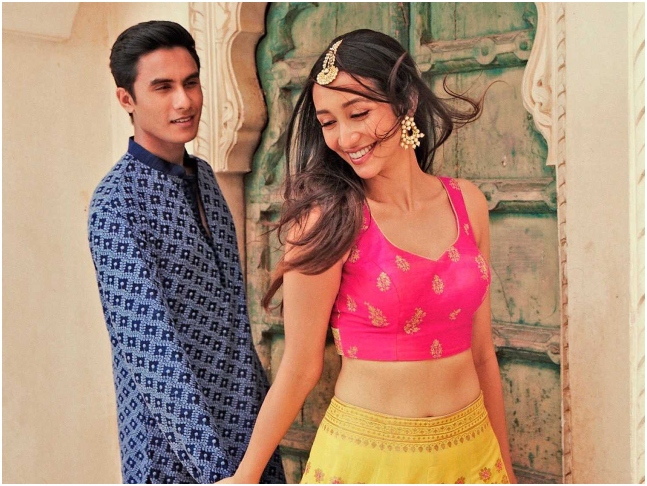 Ritwik Bhowmik and Shreya Chaudhary made 'sureela' debut with Amazon Prime Video's Bandish Bandits, a coming-of-age music-themed series. Shreya as Tammana and Ritwik as Radhe managed to portray array of emotions as enthusiastic youngsters and love birds who are trying to make a mark for themselves in the world of music. The battle of classical music gharana vs the new age digital music, the emotional, familial conflicts - Ritwick and Shreya's metamorphosis into a mature yet conflicted performance stands testimonial to the fact their sur-taal onscreen was nothing less music to audience's ears. 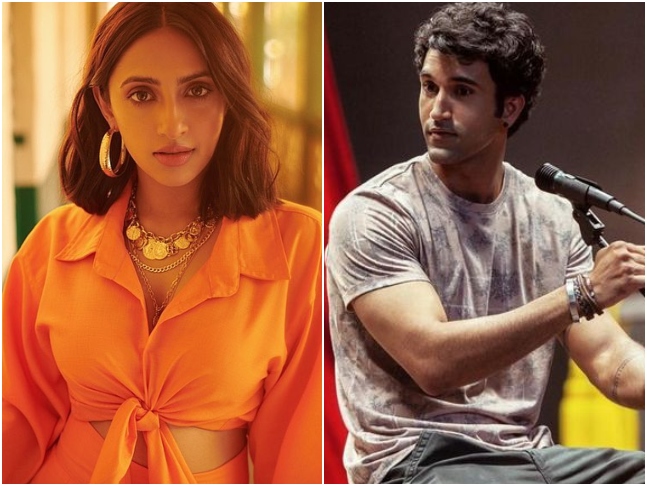 Akansha Ranjan Kapoor and Gurfateh Pirzada effortlessly slipped into their characters as they made their web debut with Kiara Advani's Netflix film Guilty. Both Akansha as Tanu and Gurfateh as VJ made the most of their parts by delivering believable and arresting performances. Despite being surrounded by an ensemble cast, Akansha and Gurfateh had excellent roles to offer and did not let the spotlight shift from their parts. A stark difference of loud, bold girl and a man with silent determination to seek out justice, both the actors made all the right noises in Dharma's venture. 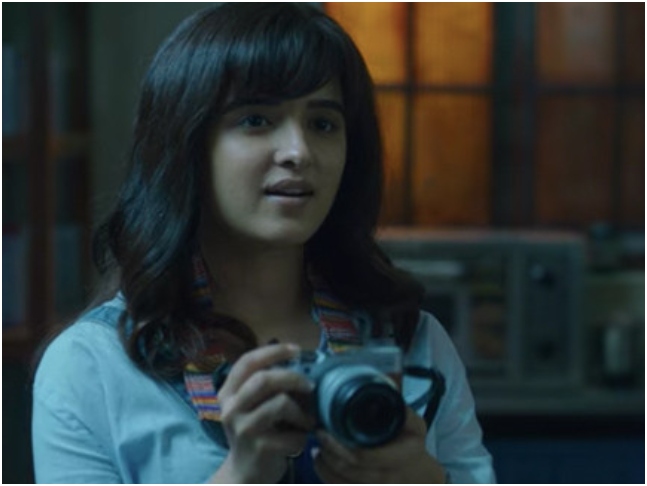 Making your digital debut with actors like Manisha Koirala and Jaaved Jaaferi can take away the spotlight from you but YouTube music sensation Shirley Setia made sure to shine out in Netflix's Maska. Even with a sweet and simple role of a photographer, Shirley left a pleasant impact with a promising performance. 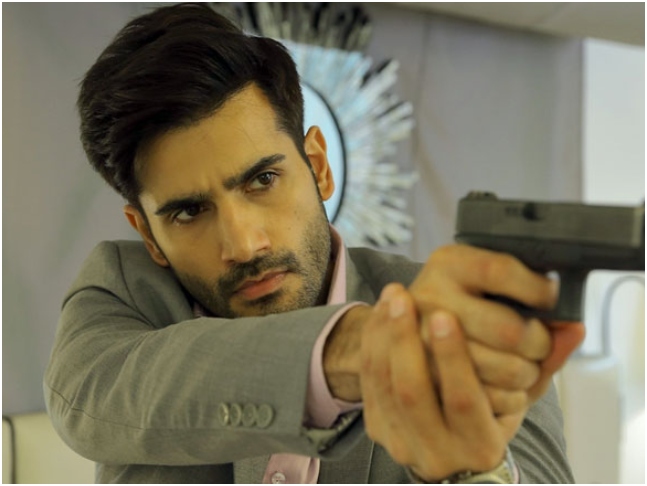 Television's lover boy Karan Tacker, who enjoys a massive fan following, took a step forward this year and made a grand debut with Neeraj Pandey's Hotstar Special show Special Ops. And trust us, Karan as Farooq Ali owned every frame that he was a part of. His screen presence and dialogue delivery landed like a robust punch. Karan, as one of the main espionage officers, delivered an earnest performance, matching beats wity veterans like Kay Kay Menon and Divya Dutta.

B-TOWN CELEBS WHO FORAYED INTO THE WEBSPACE

Abhishek Bachchan - Breathe: Into The Shadows 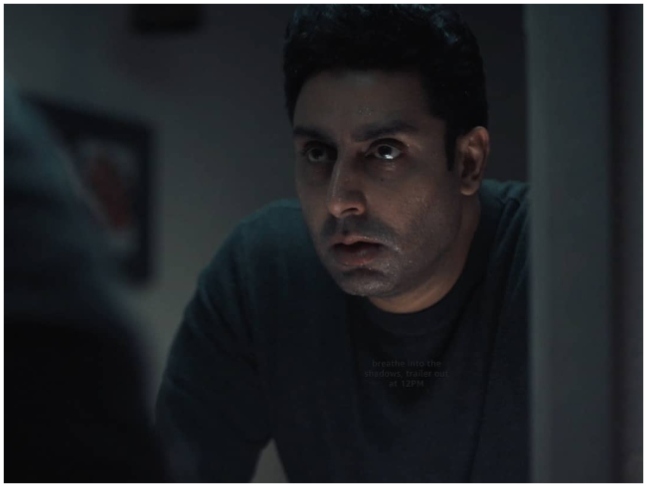 Whoever has watched Breathe: Into The Shadows would definitely know why Abhishek Bachchan has made it to this list. Taking forward Amazon Prime Video's 2018 series (Breathe, first helmed by R Madhavan) Abhishek forayed into the digital space with the show and gained positive response from the viewers and critics alike. He played the role of a desperate father Avinash Sabharwal in need to look for his daughter with much conviction and gravitas. Brownie points for the actor for also slipping into his other personality role of J. His gait, dialect, and portrayal of his spilt personality J and as Avinash was equal measures sugar & spice. 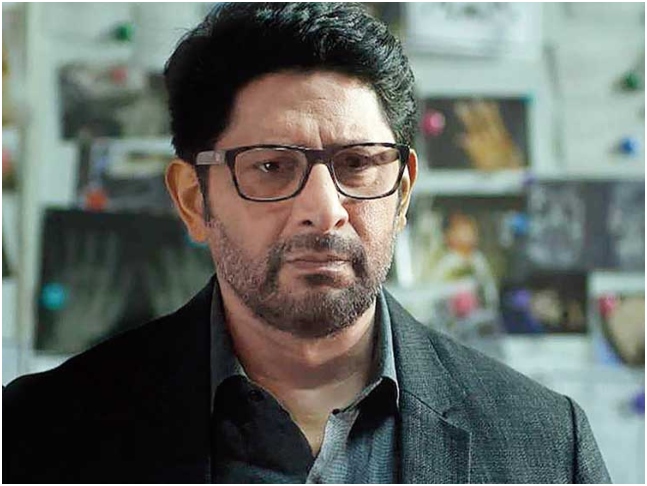 Based on True Detective, Arshad Warsi made his web debut with Asur that streamed on Voot. In the crime thriller, silver screen's beloved Circuit played the role of Dhananjay Rajpoot, a mentor to Barun Sobti's character Nikhil Nair. The show is a cat-and-mouse game with a brutal serial killer on the prowl. However, it was Arshad's inquisitive role that laid the foundation of this experimental crime show. Be it his expressions, dialogue delivery, or sensitivity to play a committed mentor, who happens to be a diligent police officer on hunt to catch the wrong-doers, Arshad checked all the boxes. 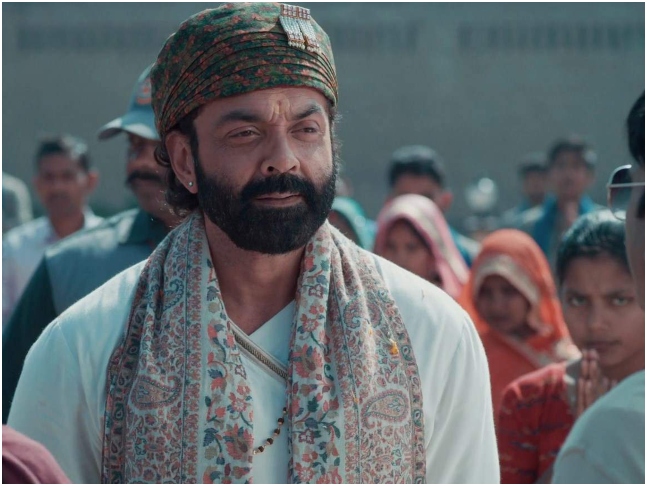 Even though Bobby Deol's Netflix film Class Of '83 released first as his official web debut, it was his performance in Prakash Jha's Aashram that got him a virtual standing ovation. MX Player crime drama Aashram had Bobby play a fake Godman Kashipur Waale Baba Nirala aka Monty and oh boy, who could have imagined Bollywood's da gabru hunk boy to don a conman-godman's avatar like a second skin. Bobby's menacing act was darker than one's imagination in the show. He proved to be the right fit with just the perfect exaggeration. 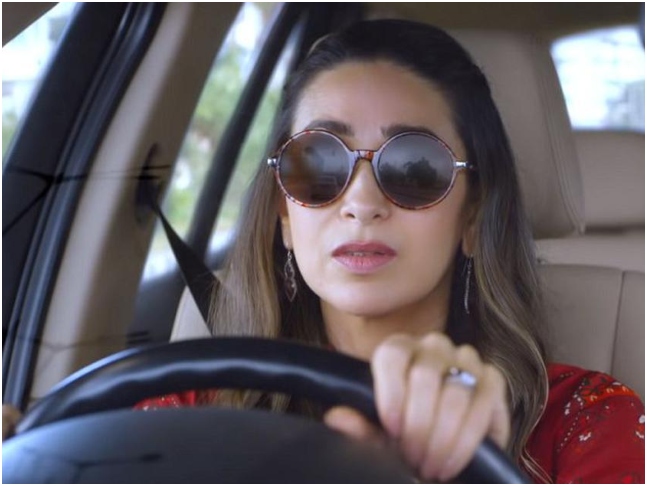 The Bollywood queen of the '90s Karisma Kapoor made a splendid comeback and her digital debut with ALT Balaji's and ZEE5's Mentalhood. Her much-awaited comeback did full justice to her fans desperately waiting to see her charm again. The series has the actor playing the role of a mother to three kids, who is also a secret blogger. Karisma, as the imperfect small-town mother trying to fit into the elite club, was easy on the eyes and a natural before the camera. Her insecurities and ambitions as a mother and a woman, torn between two aspects, trying to strike a fine balance with her army of girlfriends, was delightful to say the least. 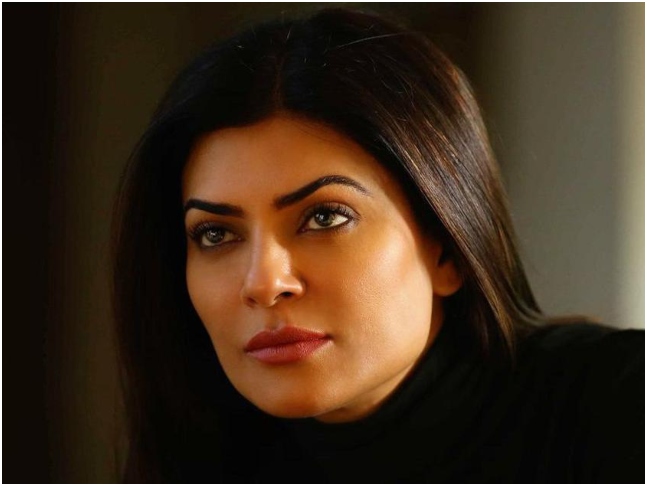 Sushmita Sen, after a self-imposed sabbatical of over a decade, came, acted and conquered in Disney+ Hotstar's Aarya. Sushmita played the role of a fierce matriarch Aarya who will go to any extent to protect her family. Just like old times, Sush brought in poise, power, grace, elegance and brilliance in every scene. Sushmita’s charm floored and silenced the critics who ever questioned her acting skills. A true sherni, of course, she is! 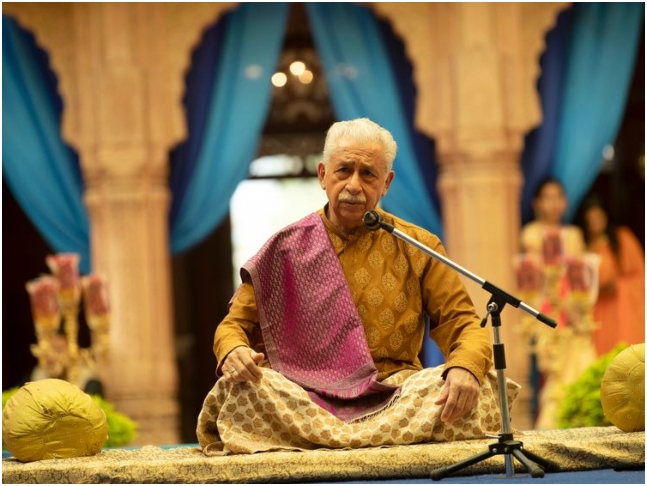 Acclaimed Bollywood actor, industry's veteran, Naseeruddin Shah added another feather to his hat by making a one of its kind web debut with Amazon Prime Video's Bandish Bandits Set against the backdrop of classical music, Naseeruddin played an old fashioned maestro Pandit Radhemohan Rathod. As always, Naseer saab was simply marvellous as a stern Gharana guardian from a conservative Rajasthani family and a guru who is stingy with praises. What else can one expect from an ace actor like him, though? 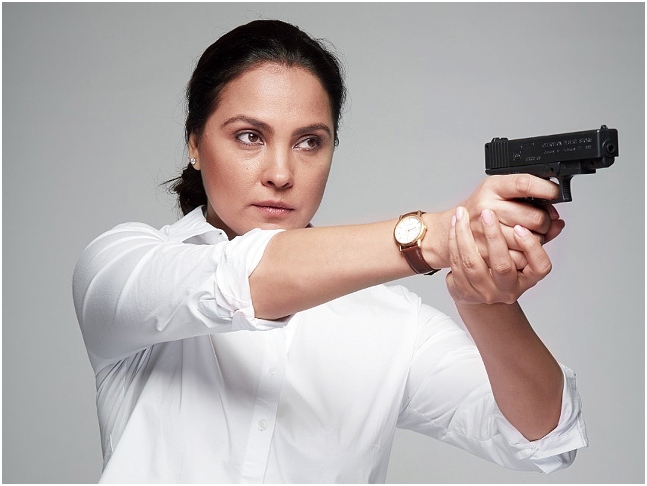 Lara Dutta made her digital debut with the action-comedy web series, Hundred alongside Sairat fame Rinku Rajguru. The former Miss Universe played an ambitious cop Saumya Shukla who teams up with a girl named Netra, who only has 100 days to live, and trains her to become a badass undercover agent. In the show, Lara does what she does the best - act. It was probably one of those rare occasions when her presence wasn’t dominated by an ensemble cast and the focus was solely of her natural performance. The actress made the most of it and gave a remarkable performance showcasing her talent as someone who can do action and comedy with equal finesse. Returning after a sabbatical of sorts, the new Lara Dutta is definitely here to act as nobody's business.