2020, the year that will always be remembered! This year witnessed a lot of ups and downs, mentally, socially and financially. The pandemic of COVID-19 surely spread its wrath across the globe and one of the casualties that were reported was the day-to-day, ongoing business. This year surely took a toll on the economy leaving the GDPs affected and some anticipated deals canceled. Many fashion synergies, too, took a massive hit this year, irrespective of the COVID scenario.

PeepingMoon.com presents you with the list of the deals that went kaput, shops that were shut down, and stakes that were sold! 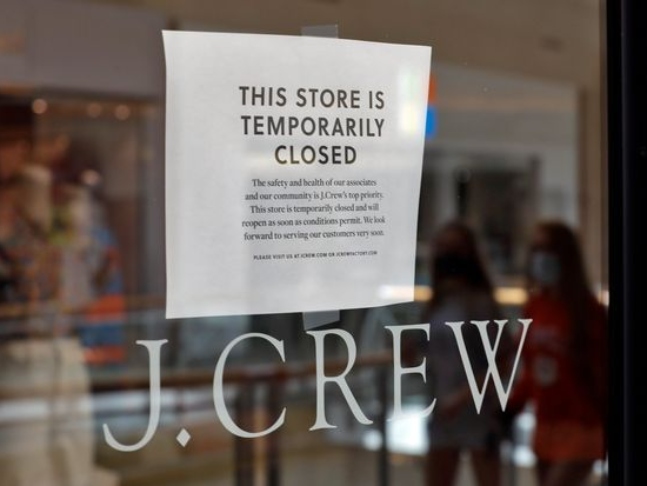 Earlier in May, US retailer J Crew announced to file for bankruptcy succumbing to the global economic crisis. It became the first US retail brand to do so, amidst this global pandemic. The brand that has been popular by the likes of Michelle Obama and Meghan Markle officially announced filing for Chapter 11 bankruptcy with an agreement with its lenders to convert around $1.65 billion of debt into equity. However, Jan Singer, CEO of J Crew explained this as a part of its restructuring process and that its sister company, Madewell will continue with its day-to-day operational activities.

Following the footsteps of J Crew, Dallas-based luxury retailer Neiman Marcus fell prey to the ongoing COVID-19 Pandemic. The Neiman Marcus Group has ended the months of speculation and filed for Chapter 11 bankruptcy to restructure its debt amounting to $5 million in May. The brand plans to convert its debt with its creditors becoming its majority owners. However, the retail group stated that it won’t be conducting mass closures or liquidity sales and the e-commerce site will not be a part of this transaction. The company aims to exit the bankruptcy by the end of the fall. 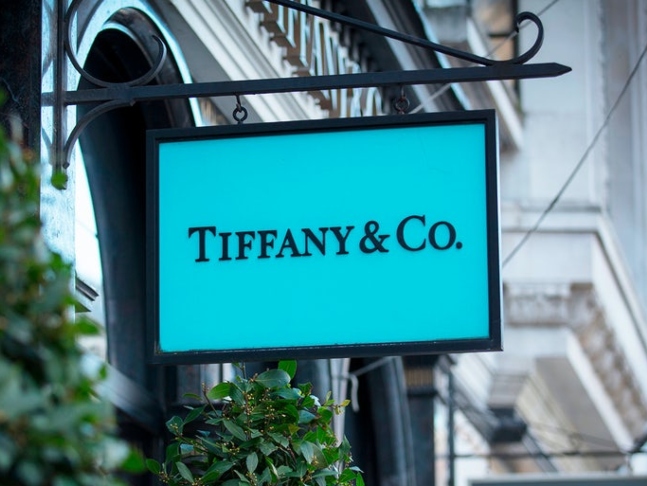 After the news of a delay until late November, the luxury goods giant, Louis Vuitton Moet Hennessy (LVMH) has dropped out of its much-hyped acquisition of Tiffany & Co in September 2020. This $16.2bn deal was quoted as ‘luxury’s biggest ever deal.’ However, the luxury giant ended the takeover stating that the French government had requested a delay to assess the threat of proposed U.S. tariffs. Well, this doesn’t end here. In the recent turn of events, Tiffany & Co. shot back at the French luxury giant calling its counterclaims ‘baseless and misleading’ in Delaware court. LVMH argued that the US-based luxury jeweler has performed poorly in the pandemic and that the company they wished to buy was no longer the same. It stated that LVMH had the right to leave the deal under the contract. Tiffany responded to LVMH’s counterclaims saying they are nothing but excuses to back out of the deal. The trial of this case is set for early January 2021. Till then, we just hope the tiff doesn’t get uglier day by day! 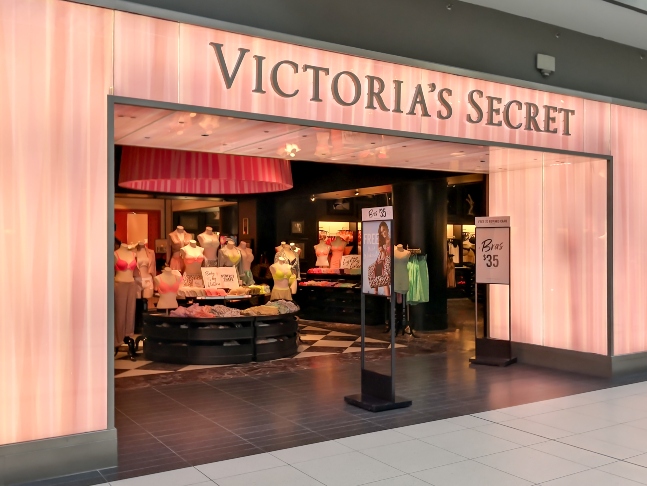 The parent company of the US’ largest lingerie chain- Victoria’s Secret, L Brands canceled the deal struck with private equity firm, Sycamore Partners to buy 55% of its stakes in February 2020. L Brands issued a statement in May stating that it has decided to end the partnership with the private equity firm after the latter sued the parent company to terminate the deal in April. Reportedly, Sycamore Partners accused L Brands of violating the terms of the deal with respect to its coronavirus-led decision of keeping the stores shut and discontinuation of rent. L Brands, on the other hand, has followed with the counter-suit as well! As of now, L Brands would launch its better-performing and stable chain Bath and Body Works as a separate entity while plans to keep Victoria’s Secrets as a standalone company.

LOSSES AND SOME MORE LOSSES 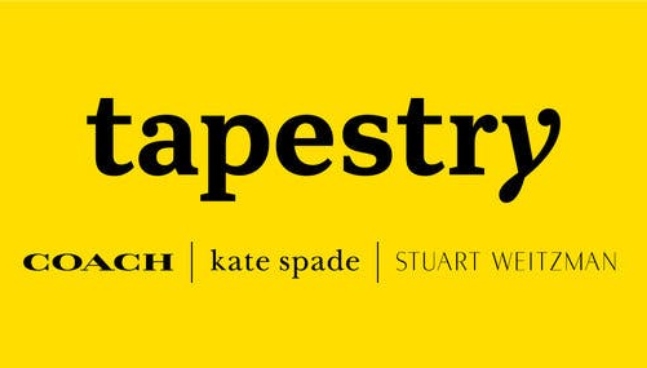 Tapestry, the parent company of big labels like Coach, Kate Spade and Stuart Weitzman incurred a heavy loss due to the ongoing Pandemic of COVID-19 in May. The company reported a net loss of $677 million in its third quarter and a 20 percent sink in its overall sales. Even though Tapestry was reportedly all set to open 40 of its stores in the United States and Europe effectively from May 1, 2020, they were in no position to bounce back from all the incurred losses. In order to still stay in the business, Tapestry resorted to desperate measures like laying off its staff and reduction in capital spending. In April 2020, Football player and fashion icon David Beckham opted out of Kent and Curwen as co-partner as the label reported a loss of £18 million. David was roped in to boost the business of the label, inspired by the Netflix series Peaky Blinders, on a 5-year contract in 2015. Despite being paid a seven-figure sum for his involvement, the debonair dude opted out after the brand's owners reported heavy losses.

Swedish retail brand H&M in May canceled orders leaving thousands of Indian workers jobless, curbing to the global pandemic. Sacked workers were protesting outside the factory Euro Clothing Company factory, owned by Gokaldas Exports, in Srirangapatna, Karnataka, for weeks even after its shut down. An announcement was made on June 6 that confirmed the layoff of around 1200 employees with immediate effect. It further stated that workers would be paid half of the remaining wages and the factory would no longer be operational. However, trade unions and local tehsildars claimed that the company did not give a one-month notice period prior to the closure, thus refuting the mandatory legal requirement.

The drop in customer demand due to COVID-19 will inevitably impact suppliers, however we are placing orders with this supplier and we fully stand by our responsible purchasing practices. We are in dialogue with the supplier and the trade unions to resolve the conflict peacefully.

When asked by a user on social media space regarding the same, the retail brand said that they are trying to resolve the conflict peacefully. No news on that bit, eh?

Sisters Kylie and Kendal Jenner faced flack from Diet Prada for the non-payment of dues towards their factory workers in Bangladesh in the month of June, this year. Being fashion's vigilante, Diet Prada shared a post on its social media account and stated that the Jenner sisters’ famous brand ‘Kendall+Kylie’ owed some money to its factory workers. Global Brands Group, the company that owns the Kendall and Kylie’s namesake brand, sold and marketed under their name, announced back in March that due to the global pandemic, they would be canceling all the outstanding SS20 productions, some of which has already been produced. The representatives of the brand contacted Diet Prada and refuted these allegations. They also stated in their email that the brand is owned by 3072541 Canada Inc. not GBG and they are not currently producing in Bangladesh using Global Brands Group. Well, well, well… Falling prey to another COVID casualty, Spanish retailer Inditex, announced the closure of 1000 to 1200 Zara stores globally in the month of June. After reporting its first quarterly loss, the retailer took the decision of cutting down the retail number of its offline stores to around 6700, 6900 from the current total of 7,412. The retailer stated that it would absorb the smaller stores that faced heavy losses. Inditex witnessed a massive financial knockout as the company reported a net loss of 409 million euros last year as its sales dipped down to 3.3 million euros from a whopping 5.9 million euros. However, its online sales rose to 50% year-on-year during quarters and were up to 95% year-on-year in April. 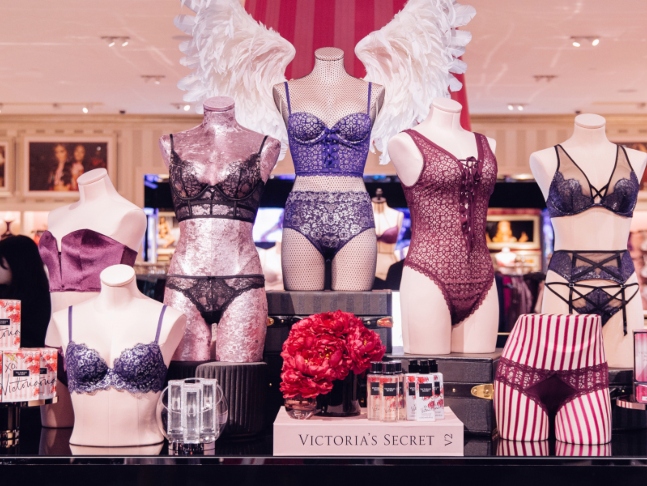 With its parent company filing for multi-million losses, the lingerie chain Victoria’s Secret decided to close down approximately a quarter of its stores earlier in May, this year. The closures represented nearly a quarter of Victoria's Secret's 1,091 locations in North America, and L Brands also planned to permanently shut down 50 Bath & Body Works in the U.S. and Canada. Sales at the label crashed to half this May, and the brand became the latest casualty to the global pandemic back then.

Wow, the pandemic did really put all the major brands and labels in a tough spot, financially this year. Which news was the most shocking one for you?