It won’t be wrong to say 2019 was one of Bollywood’s most glorious years not just in terms of the box-office collections but also with respect to the talents that made an entry into the vast world of Indian cinema, leaving behind an indelible mark. From a fierce and menacing Vishal Jethwa battling it out with Rani Mukerji’s supercop avatar in Mardaani 2 to Ananya Panday making an affable beginning with the campus rom-com Student Of The Year 2, these debutants are worth to notice in their upcoming projects.

So as the year, now, comes to an end, let's look back at 2019 and recall some noteworthy performances by our Bollywood beginners: 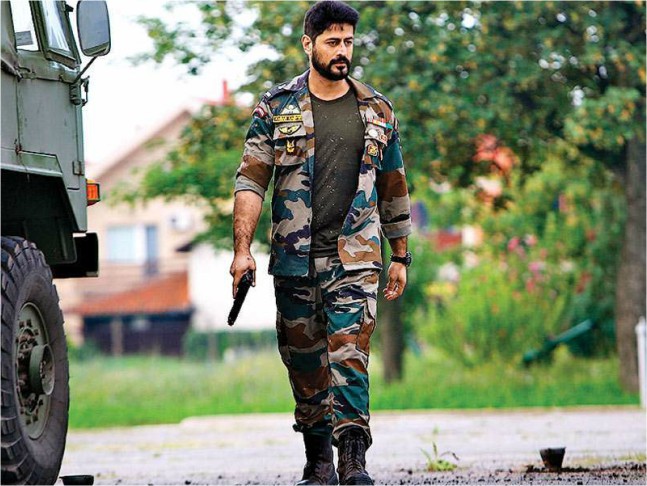 The handsome hunk of television, Mohit Raina, who shot to fame with his portrayal of Mahadev in the popular daily soap Devo Ke Dev Mahadev, made an impactful entry into Bollywood with Aditya Dhar’s directorial debut Uri: The Surgical Strike. Although Mohit had a brief role that kept to the first half of the film, he stood out in the limited yet effective character who set the tone for the crucial second half. As Major Karan Kashyap, the dimpled actor added a dash of emotions and left us in tears during the scene where the character is put to rest forever. Be it portions where he is the ideal doting father or the sequence when he battles the terrorists single-handedly, Mohit nailed his part effectively. 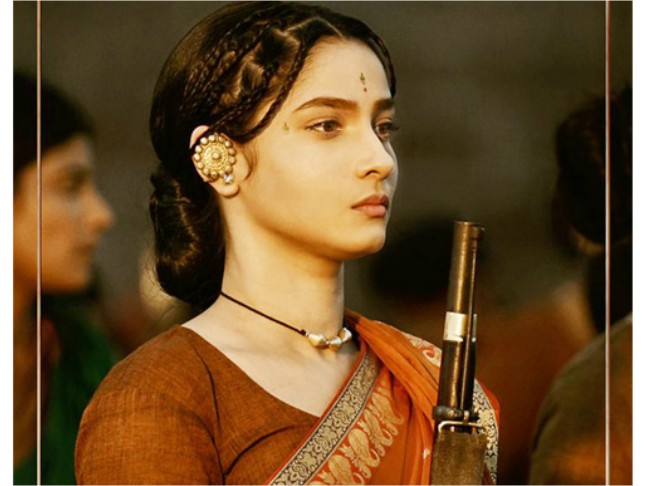 Our beloved Marathi mulgi Ankita Lokhande proved that she isn’t just a pretty face but an actress who is here to stay. Considering Manikarnika: The Queen Of Jhansi being an out-and-out Kangana Ranaut show, Ankita made the audience as well as critics sit up and take notice of her acting prowess. The star, who was better recognized as the naïve, simple yet independent Archana from the serial Pavitra Rishta, stunned us all with her portrayal of a strong Maratha warrior princess Jhalkaribai who never leaves the side of Jhansi Ki Rani-Manikarnika. From acing sword-fighting to riding a horse, Ankita forayed into the films with an unconventional role which fetched her thumbs up from audience and critics alike. 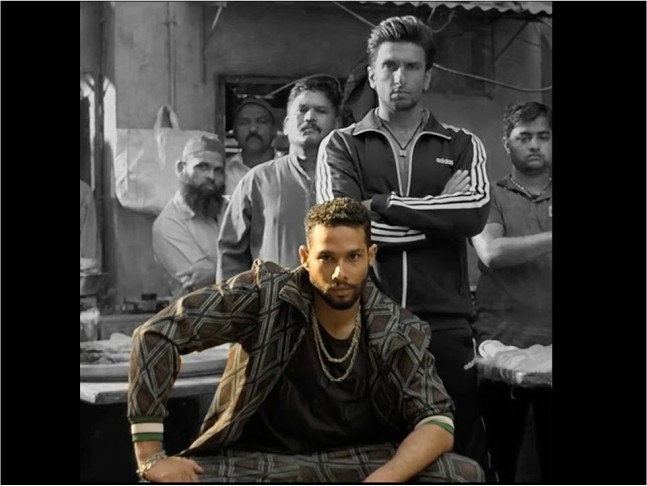 Right from the first frame to the last, Siddhant Chaturvedi acted like a ray of sunshine in this underground rap drama. Call it the power of his swag or real-life struggle inspiration, the 26-year-old handsome hunk left behind an ineffaceable mark. Siddhant as MC Sher aka Shrikant, although having aspirations of making a mark for himself in the world of rap, allows Murad, played by Ranveer Singh to flourish. While the beginning showcased him to be a catalyst in Murad’s life, the latter half has him stand by his side in the journey to win a competition. Although we all felt MC Sher would turn bitter towards Murad after not securing the chance to compete on a national level, the makers rightfully proved us wrong and we fell in love with him even more. In nutshell, Siddhant's performance was 'Bohot Hard' 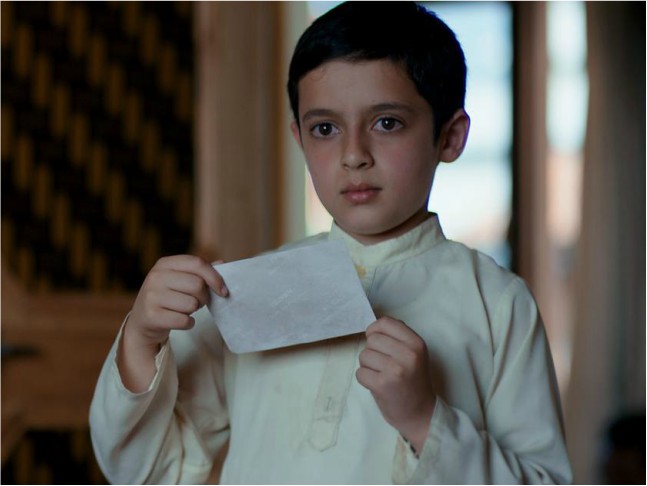 The young and absolutely talented Talha Arshad Reshi made his debut in a gem of a film titled Hamid. In the titular role, the young debut actor conveys majorly with his endearing and heartwrenching act. Talha proved to be top-notch in the very first film and at a tender age of eight, he rightfully bagged the National Film Award for 'Best Child Artist'  this year and we couldn’t be happier. Talha hasn’t just dug deep into the character of Hamid but also takes us on a journey with him that is gut-wrenching. Hamid is a deeply melancholic film wherein the lead actor seeks God’s intervention when his father goes missing and Talha his character is the sunshine, heart, and soul of the film. He injects a certain degree of warmth to the tale that focuses on the harsh realities and cockles our hearts with nothing but sheer purity. An actor to surely watch out for. 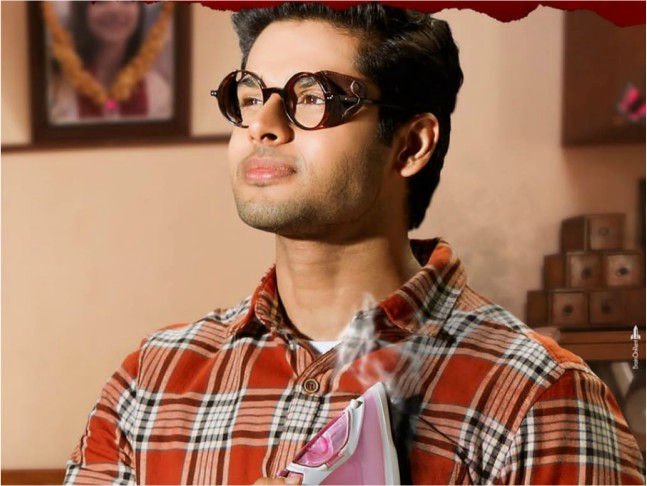 Abhimanyu Dassani, son of Maine Pyar Kiya fame actress Bhagyashree entered Bollywood with an out-of-the-box film Mard Ko Dard Nahi Hota and bwoy, the young lad sunk deep into the skin of Surya who is suffering from 'Congenital Insensitivity' to pain. Abhimanyu is the star kid to watch out for. With no false notes in his performances, his rigorous training of a year-long in martial arts will help him establish him as an action star. A homegrown martial arts film served with dollops of zany humour and narrated in a comic book format, Abhimanyu's film proved to be the love child of  Andaz Apna Apna and Deadpool and yes, the debutant all the rave reviews which came his way! 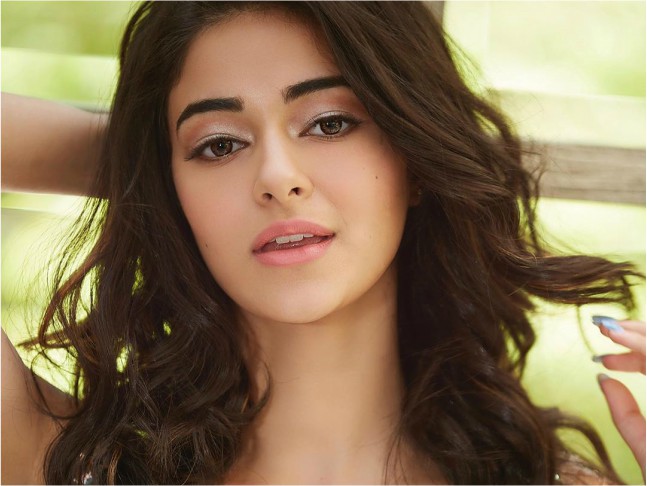 The lovely and charming daughter of Chunky Panday and Bhavana Pandey-Ananya Panday made a smashing entry into films with Karan Johar produced Student Of The Year 2. The franchise that is famous to be an important launchpad for new talents rightfully presented to us a force to reckon in the form of Ananya. The actress, at the age of 20, proved that she isn’t just a pretty face but a budding superstar. In SOTY 2, Ananya was like a breath of fresh air. Her light-hearted scenes performed with uncanny ease and an affable charm worked in her favour. As a dance aspirant Shreya Randhawa who is bound back by her father’s regressive thoughts, the actress brought out a certain level of maturity to her role in the two-heroine film. 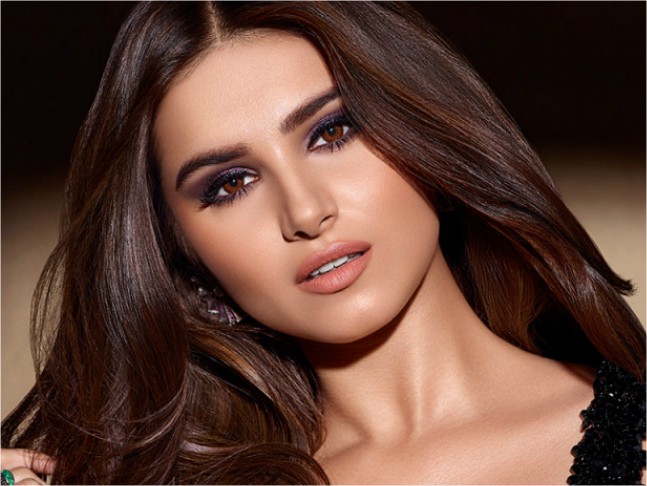 Student Of The Year 2, directed by Punit Malhotra, introduced us to not just one, but two gorgeous actresses. Apart from Ananya, Tara Sutaria stepped into Bollywood opposite Tiger Shroff as the self-loving Mia aka Mridula Chawla. Mia, who possessed more of grey shades, with a tint of greediness, stood out from the rest of the ‘not-so-good-people’ characters. Although Tara’s character wasn’t without flaws, her infectious smile and contagious enthusiasm were to look out for. Living up to the literal meaning of her name, the actress is indeed a star in the making. 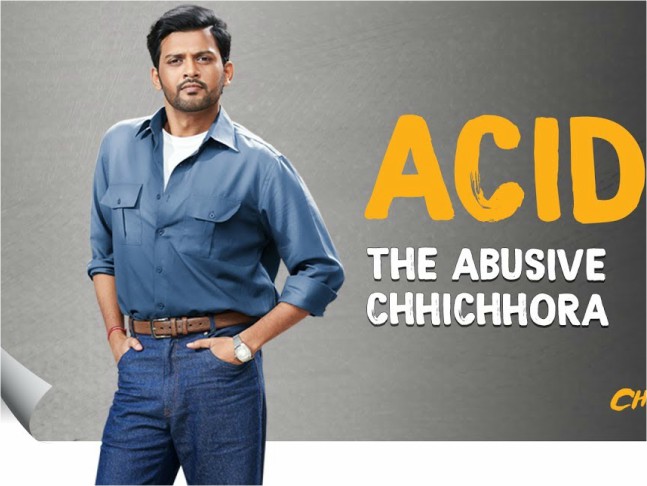 In one of the best films of the year, Naveen Polishetty made huis Bollywood debut. Naveen, who is an established Telugu actor and also appeared in AIB Honest Series, portrayed the role of 'Acid', a senior who can’t control his abuses. Unfiltered and rowdy, Naveen is a mirror reflection of those hostel friends who aren’t just hot-headed but have cuss words on the tip of their tongue. With Chhichhore, Naveen brings in a much-needed freshness and relatable acting and we surely can’t wait to watch this talented lad in the near future. Every time Vishal Jethwa breaks the fourth wall, a shiver runs down the spine. Menacing and brutal beyond imagination, Vishal’s antagonist act as Sunny is someone no one was ready for. For a striking protagonist in Rani Mukerji, an equally interesting antagonist was required and the debutant came off as nearly good. The 24-year-old actor who was previously seen as a baddie in historical and mythological shows like Maharana Pratap made a chilling debut in a film that sheds light on the sensitive issues of rape. Vishal, in short, came out as a revelation and held his own confidently against a powerhouse performer like Rani, delivering a chilling performance for a debutant. Hands down, one of the best performances of the year!

The lovely and delicate daughter of veteran actors Mahesh Manjrekar and Medha Manjrekar, Saiee made her much-speculated debut opposite Salman Khan in Dabangg 3. Needless to say, Saiee came across as a gorgeous rustic belle who wants to pursue further studies amidst her love story with the future Robin Hood cop. The actress, although raw, had a pleasing screen presence. She added warmth and sweetness to a story that begins on an easy note and escalates to a more aggressive level. Saiee came across as confident actress her first film, given the fact that the 21-year-old actress had an ensemble cast to share the screen with, she gave a notice-worthy performance. 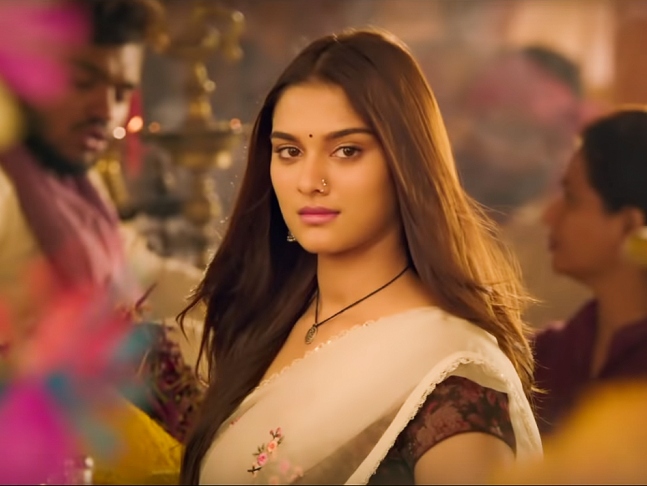 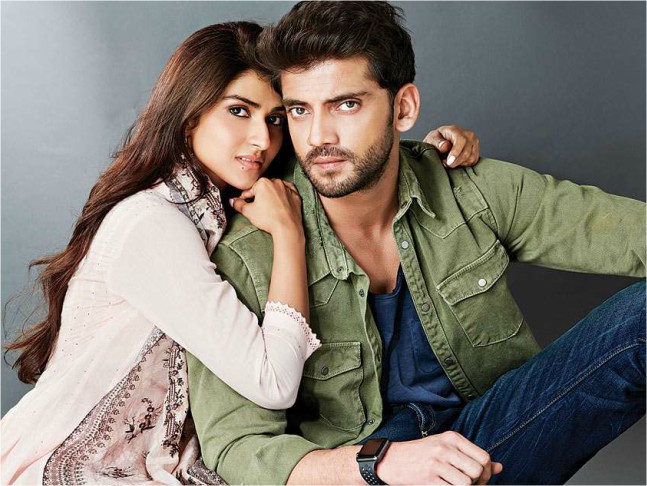 The gorgeous daughter of actors Mohnish Bahl, Pranutan placed her step into Bollywood with a tailor-made role in Salman Khan produced Notebook. The young actress who belongs to a lineage of successful actors that includes the late actress Nutan(grandmother), Mohnish Tanuja (grandmother) and Kajol (aunt) apart from her own parents fared well as compared to some newcomers and made her mark. With Notebook, she established a viable screen presence, marking a promising career. Joining Pranutan was Salman’s protégé Zaheer Iqbal. The 31-year-old actor's sensitive portrayal of Kabir Kaul added merit to his restrained and mature act. 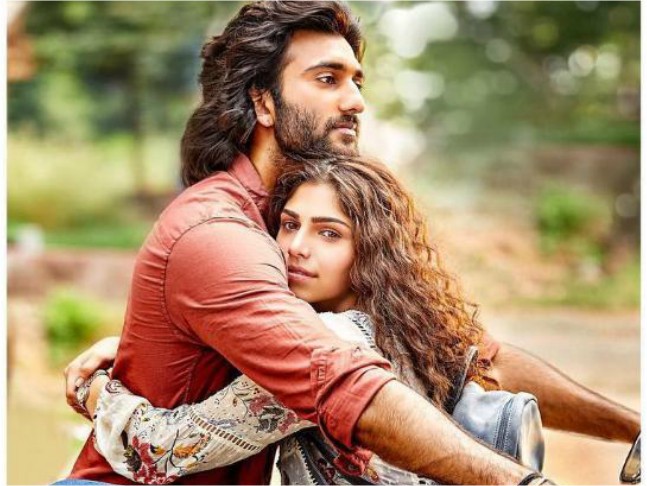 Yet another handsome actor, Meezaan made his debut in 2019 with Sanjay Leela Bhansali produced Malaal. The son of ace actor Jaaved Jaaferi and grandson of the veteran star Jagdish, Meezan portrayed Shiva More, an unpolished, uneducated yet street smart guy with much-needed vulnerability and rawness. Despite the film tanked at the box office, Meezan was hailed for a newcomer to watch out, provided with better scripts in the future. Malaal also played a catalyst in bringing Sharmin Segal, the daughter of Bhansali’s sister Bela Segal to the silver screen. 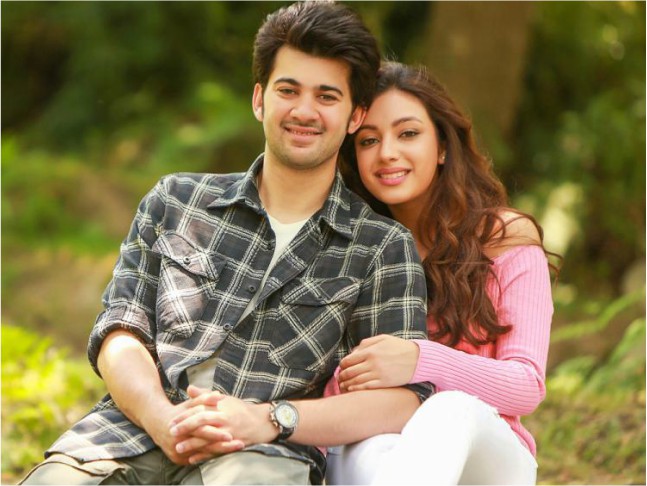 Grandson of Dharmendra and son of Sunny Deol, Karan Deol, after much speculations, made his Bollywood debut in his patriarch’s guidance and shadow with Pal Pal Dil Ke Paas(titled of a song from Dharmendra’s film Blackmail) which was directed by Sunny himself. Karan came across a mirror image of his father Sunny, especially action scenes, however, he has a long way ahead to shed off that innocent looks and break the mold. Along with Karan, newbie Sahher Bambba also made her debut. As a glamorous and confident Delhi blogger Saher Sethi, the actress possessed a strong screen presence. Unfortunately, the film bombed at the box office, leaving a little scope for the two to shine. 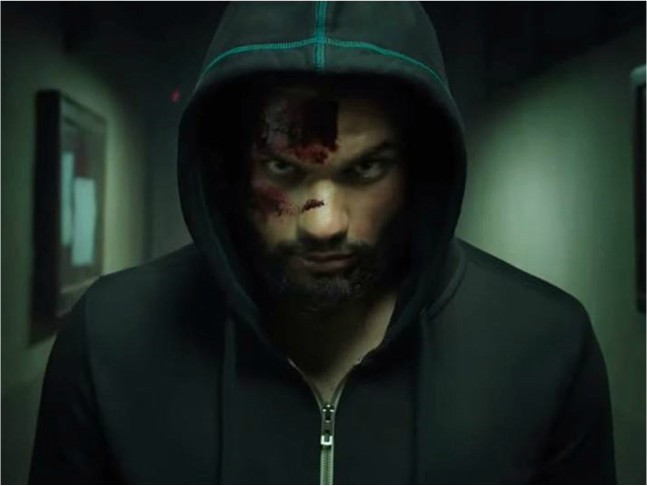 Coming from a family of actors including aunt Dimple Kapadia, cousin Twinkle Khanna and brother-in-law Akshay Kumar, Karan Kapadia stepped into Bollywood as a confused suicide bomber in his debut film. While the film fared poorly at the box office.