When was the last time you looked at a Bollywood couple and said ‘aww, so cute’? Well, we are sure it would not be long back. For years, B-town celebrities have given us #relationshipgoals of sorts, setting a benchmark of love and romance. In fact, certain pairs have managed to spread love, literally, on-screen as well as off-screen. But all is not well every time when it comes to the high profile lives of our very own film stars. They too, experience heartbreak at some point in their lives. Ouch!

The year 2019 was no different. While some couples expressed their love publicly, some had to deal with broken hearts and relationships. Who is dating who and who had a sad break-up has always been the hot topic of discussion in the glamorous world of Bollywood!

So, here’s a list of hook-ups and break-ups that Bollywood witnessed in the year 2019: We, at PeepingMoon, were the first ones to inform you on July 19, 2019, that Bollywood’s King Khan’s son Aryan Khan is not seeing any London blogger. He is supposed to be dating Bollywood’s hot and young Next Big Thing – Bhavana’s and Chunky Pandey’s lovely daughter Ananya Pandey who made her debut this year in Dharma Productions’ Student of The Year 2 and overnight became an internet sensation and the media’s darling. Yes, that’s what we heard. And we are sure to have broken quite some young hearts with this news. Even though the duo never makes an appearance together, they are often snapped partying and having lavish dinners with their friends that include Ananya’s BFFs Suhana Khan-Shanaya Kapoor and Aryan’s bunch of non-Bollywood friends. Can't wait for this millennial couple to make it official! 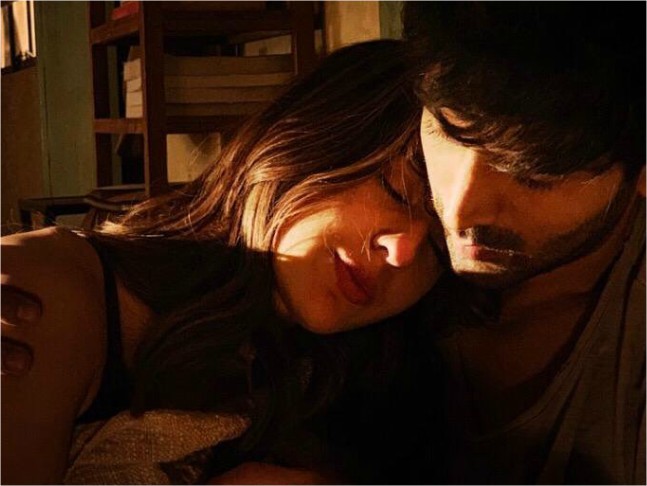 If Ananya’s and Aryan’s relationship set gossip mills churning, it would not be wrong to say that Sara Ali Khan’s and Kartik Aaryan’s love story was one of the most talked-about relationships this year. They were Bollywood’s 'IT' couple and love was definitely in the air – until news of their break up flooded all over! It all began when Sara openly confessed on Karan Johar’s Koffee With Karan 6 about having a crush on B-town’s chocolate boy Kartik. There was no turning back for the duo after that. From posting mushy posts for each other to surprise birthday visits, Sara and Kartik seemed to be the dream couple. But soon after the rumoured couple wrapped their first film together – Imtiaz Ali’s Aaj Kal, reports of their break up went viral. PeepingMoon.com sources had told that Kartik and Sara have partied ways before even making it official. Ever since then, the actors have begun maintaining distance from each other. Well, we hope the two reconcile and bring back their impeccable and unmissable chemistry. Looks like Bhumi Pednekar, who kept saying she is in a committed relationship with her work, has finally made some time for love in 2019 and got into a romantic relationship with Jackky Bhagnani. Several reports claim that there is a romance brewing between Bhumi and Jackky. The actress is said to take rides in her rumoured beau’s car and visit him at his home frequently. Well, we cannot wait to know how they take this further and hope they make it official soon. 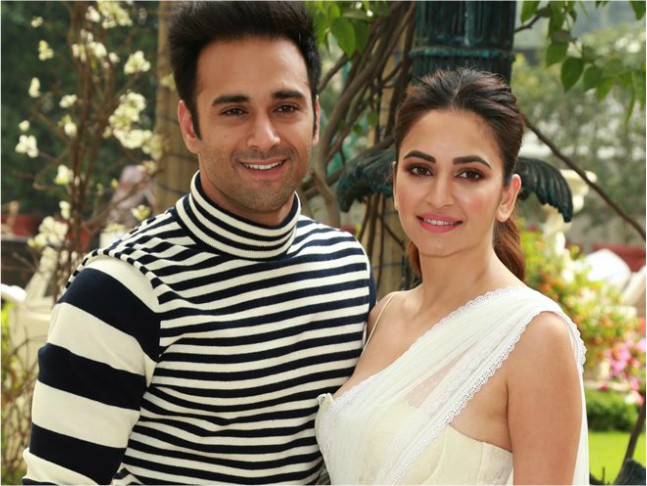 Kriti Kharbanda finally addressed the elephant in the room by confirming dating her Pagalpanti co-star Pulkit Samrat last month. Well, even if she didn’t it was quite obvious by the way they lovingly behaved with each other in public. From flaunting their romance on camera to actually falling in love, Kriti and Pulkit have made their new romance a family affair by taking it one step ahead and informing their close ones. The two looked ‘oh so in love’ in a recent interview where they admitted being in a happy relationship. Well, let’s see how long this one lasts considering the fast pace of their new-age love story. 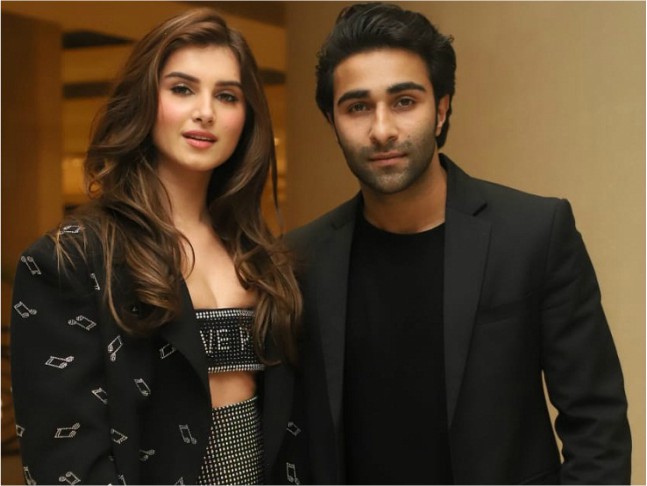 The speed at which some young Bollywood stars play the 'Dating Game' leaves us breathless. Here’s the latest on this social media-driven crazy merry-go-round. It seems that Tara Sutaria, the drop-dead gorgeous debutante of SOTY2, is dating Aadar Jain – first cousin of Ranbir Kapoor and Kareena Kapoor Khan. Yes, PeepingMoon was the first one to inform this to you as well. And looks like, the young couple was just waiting for someone to break the news. Ever since their relationship went viral, they have left no chance to make an appearance together. From celebrating Ganpati together to attending Aadar's brother Armaan Jain's Roka ceremony, Tara and her beau are riding high on love right now. 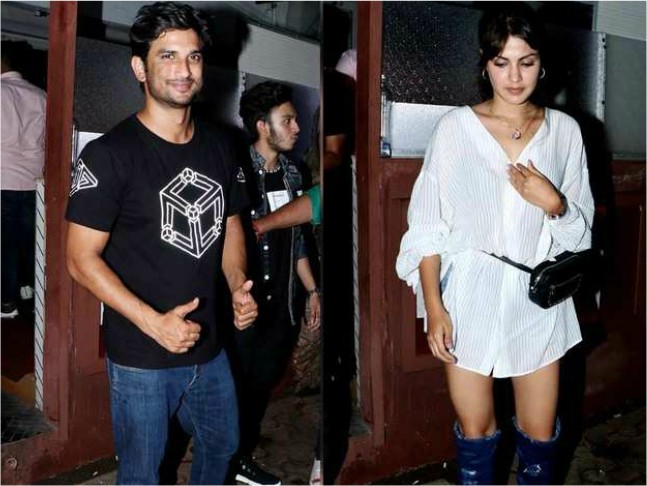 Sushant Singh Rajput and Rhea Chakraborty have been rumoured to be dating for a while now. The two have remained tight-lipped about their relationship status in public. However, the two actors were also spotted at a romantic Paris getaway recently, giving us a little more clarity. What more you ask? Recently, the two were papped house hunting at Mumbai suburbs. Are the two moving in together and taking their relationship to the next level? Well, only time shall say! 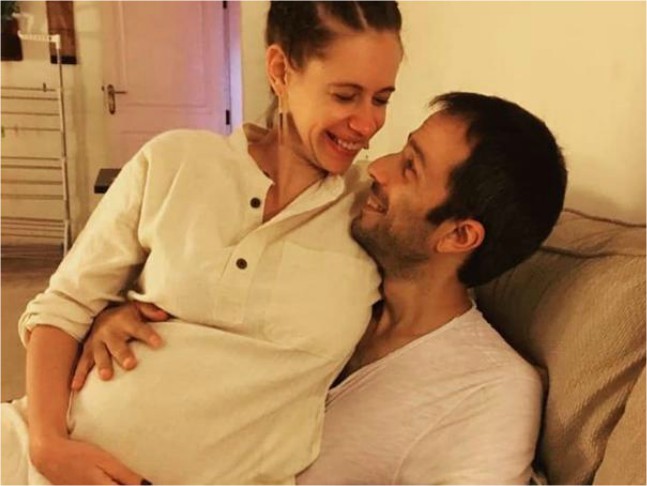 2019 was undoubtedly the year of love and next in line was Kalki Koechlin who broke the internet when she announced her pregnancy and dating musician Guy Hershberg at the same time in September. Kalki, who was briefly married to director Anurag Kashyap (2011-2015) was happy to welcome this change in her life this year. The ZNMB actress now frequently shares posts from her romance with beau Guy. We wish the adorable couple all the love and happiness. Can’t wait for their little one! Huma Qureshi, who has been rumoured to be dating filmmaker Mudassar Aziz, further fuelled their linkup rumours by sharing a touching birthday post for him on Instagram. The actress expressed her love by saying ‘love you more than you know’ in her post. Ever since the gossip mills are set churning and the duo is said to be madly in love. So much so that they are even reported to tie the knot in 2020. 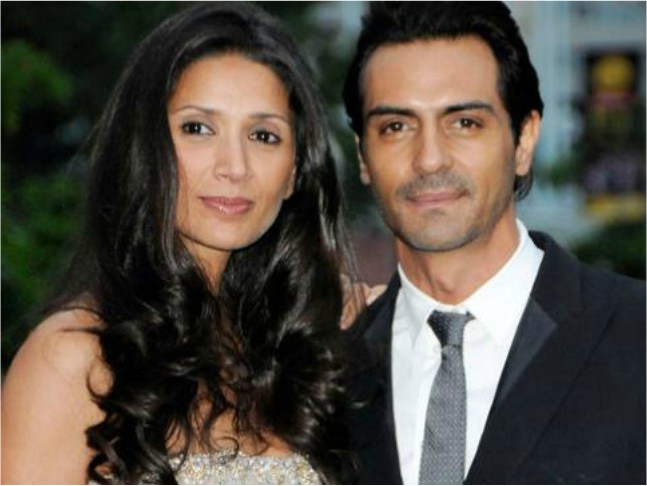 Arjun Rampal – Mehr Jesia dropped a bombshell on fans in May this year, when they announced in a joint statement that they were going their separate ways after two decades of being married. The word on the street is that the couple had been growing apart for a while, and almost a year months ago, they came to the conclusion that their differences were irreconcilable. The two were then granted divorce in November by a family court in Bandra, Mumbai, officially ending their 21 years of marriage. Arjun has happily moved on with his life with girlfriend Gabriella Demetriades and even has a 5-month-old son with her. Mehr, on the other hand, received custody of both her daughters Mahikaa and Myra. 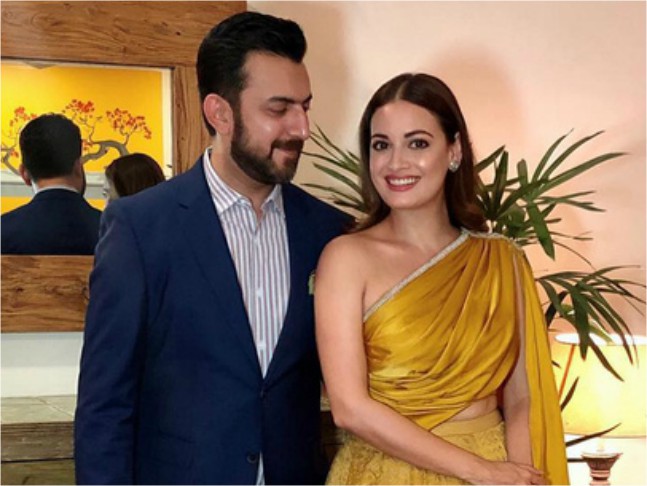 One of the most celebrated couples of Bollywood Dia Mirza and Sahil Sangha mutually called it quits in August this year. Dia and Sahil split up after five years of marriage. They were also business partners in the production house Born Free Entertainment. The 37-year-old actress and 39-year-old film-maker said they have 'mutually decided to separate' but remain friends in a joint statement. Not to forget, the two were together for more than 11 years after which they parted their ways. 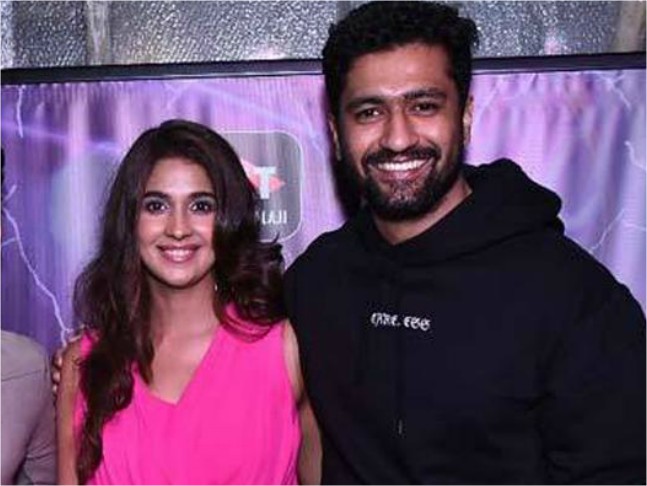 Last year’s biggest romance became this year’s break up. Yes, Vicky Kaushal and Harleen Sethi who made heads turn with their chemistry last year, broke up in March this year. It all caught our attention when the young couple unfollowed each other on Instagram – the same social media site which often witnessed love-filled posts for one another. Post their much-discussed break-up, reports of Vicky’s fling with Katrina Kaif made its way to media reports but all that the pair did was term it as ‘just another rumour’. 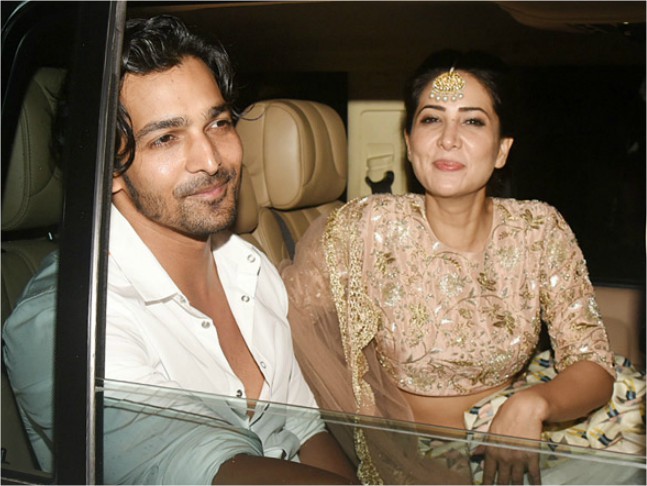 Kim Sharma and Harshvardhan Rane put an end to their romantic scooter rides and cheesy dinner dates mid-this year. Reasons, you ask? Of course, unknown! The two made headlines back in 2018 when they declared their love for each other on social media but things didn't go well between the two and now they have finally called it quits. 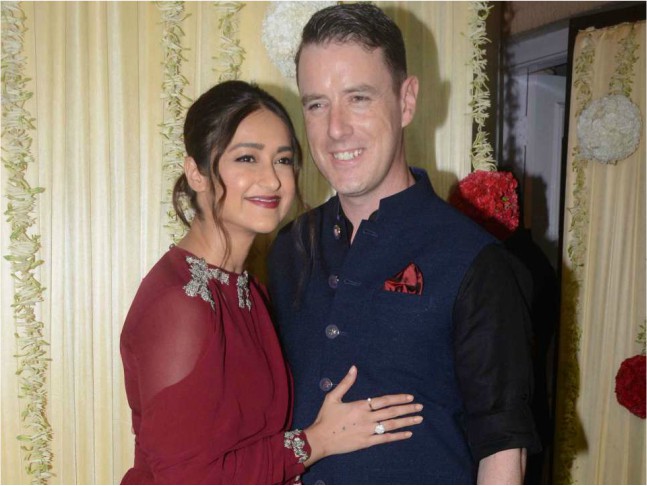 A lot has been speculated about Ileana D'Cruz's split with long-time boyfriend (and rumoured husband) Andrew Kneebone. It all started after the couple suspiciously unfollowed each other on Instagram a few months back. Say for that matter, Ileana and Andrew have also deleted each other's photos from their respective social media platforms, further confirming their separation. Although Ileana has never really spoken about her personal life, her PDA on Instagram has always come as solid proof of what exactly she shared with Andrew. But now the two have taken different ways and Ileana recently also spoke about it. She called it a ‘difficult phase’ but also praised Andrew for ‘always being there for her’. Well, all is well that ends well! 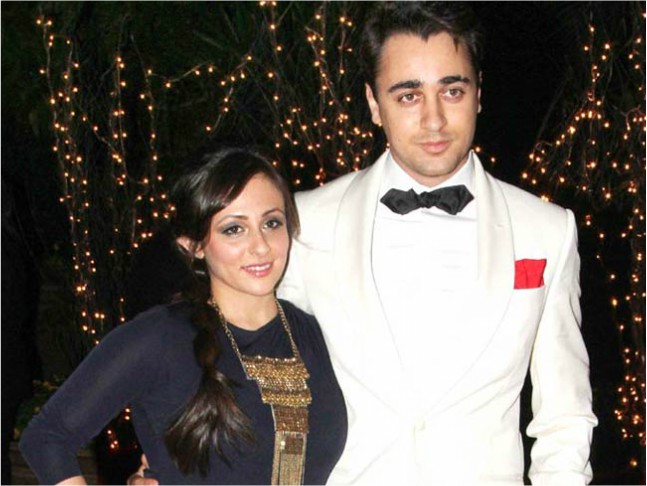 Imran Khan and Avantika Malik may have hit a rough patch in their marriage.The reports of their separation were fueled when Avantika dropped 'Khan' from her surname on Instagram and reportedly also moved out to her parents' place, with her daughter. Even though the two rubbished the rumours, a cryptic tweet from Avantika about "walking away" and "trusting there is so much more ahead of you” fueled the rumours. Avantika and Imran married each other in a fairy tale wedding back in 2011 but looks like their marriage is now having internal troubles and issues. Actor Arunoday Singh and his Canadian wife Lee Elton have announced separation on Instagram in May this year. The Mohenjo Daro actor shared an emotional post on the social media site as he announced his split with wife Lee. “My marriage seems to be over. Turns out we were very good at love, but couldn’t survive reality,” wrote Arunoday bidding adieu to his 3-year-old marriage. The two had tied the knot as per Hindu rituals in December 2016. Lee called herself Lee Anna Singh before the couple parted ways.

PeepingMoon 2020: Deepika Padukone-Prabhas to Shraddha Kapoor-Ranbir Kapoor, 12 fresh on-screen Bollywood jodis to watch out for in 2021

PeepingMoon 2021: From Sooryavanshi to Brahmastra, 37 Bollywood films we cannot wait to watch this year