Our shutterbugs clicked Anushka Sharma and Virat Kohli at the airport as they returned to the city from West Indies after Indian Cricket team's match with the host. While Virat, the captain of the team was busy with the series, his wife Anushka joined him for some quality time together. Twinning in black, the couple better known by the moniker VirUshka made for a sight to behold at the airport as they made their way to their vehicle with a bright smile on their face. 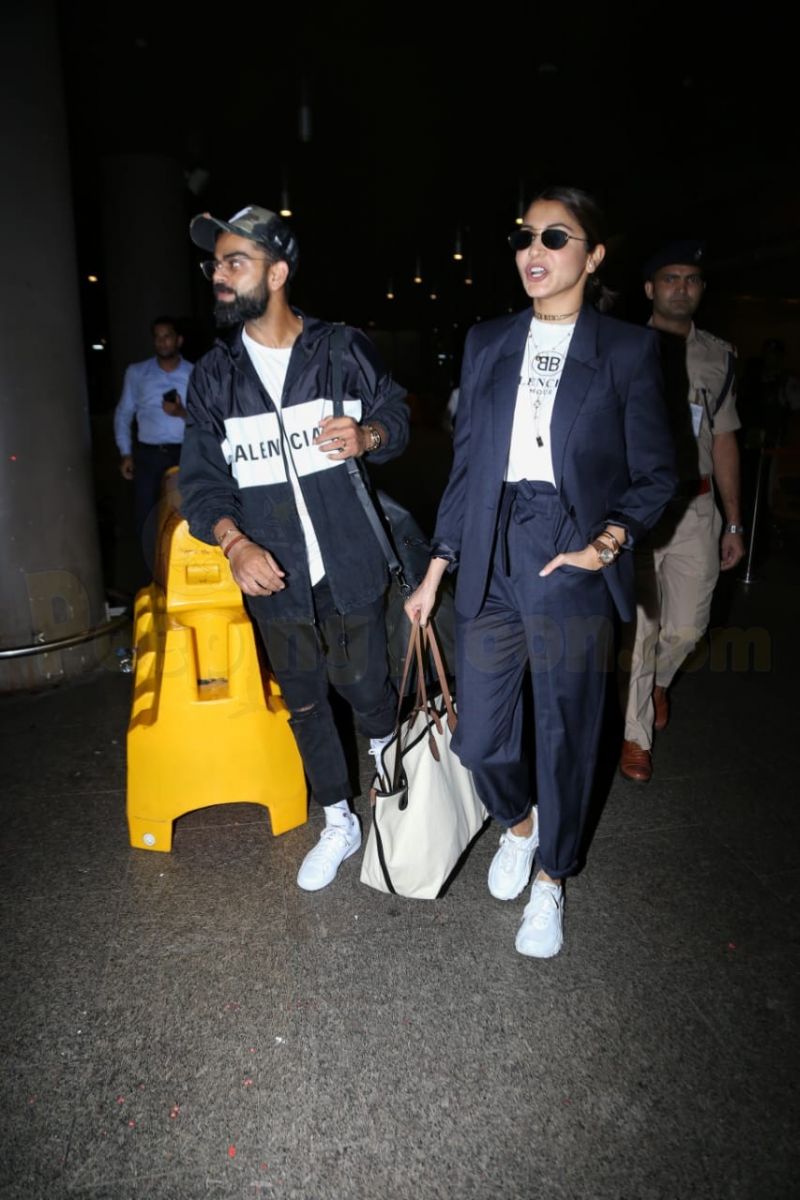 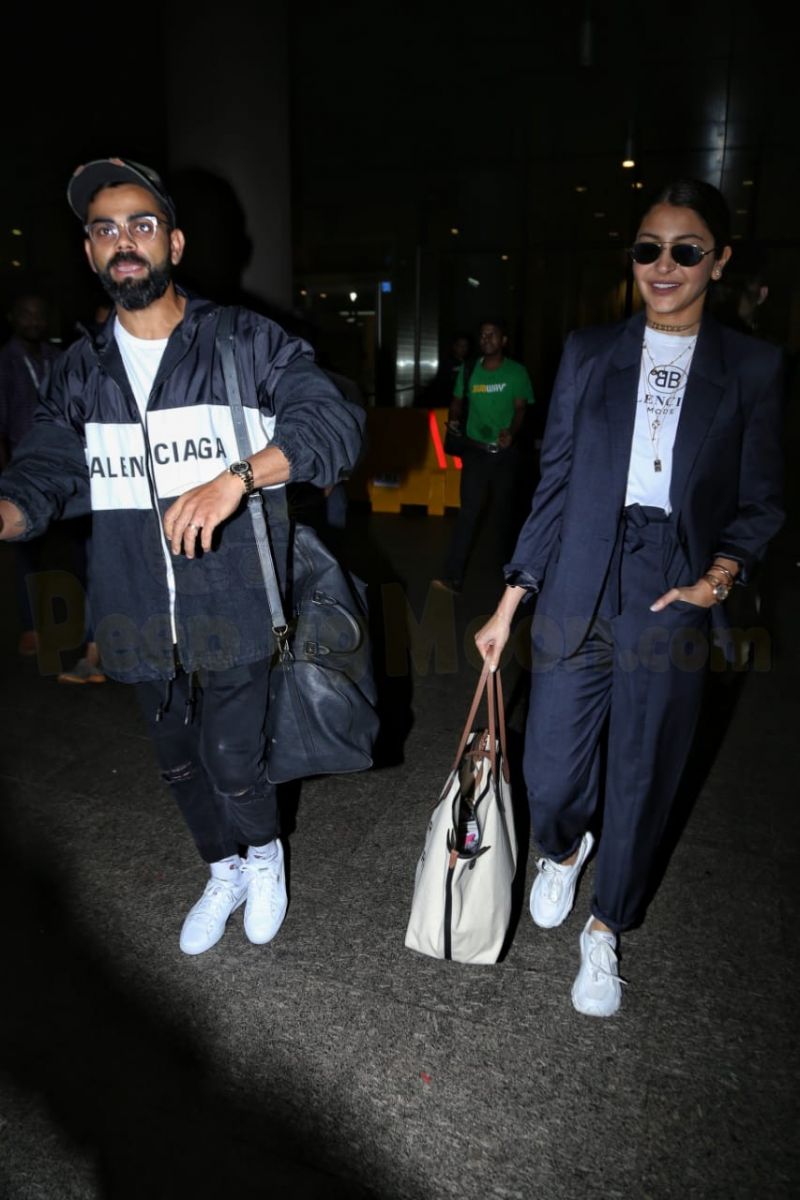 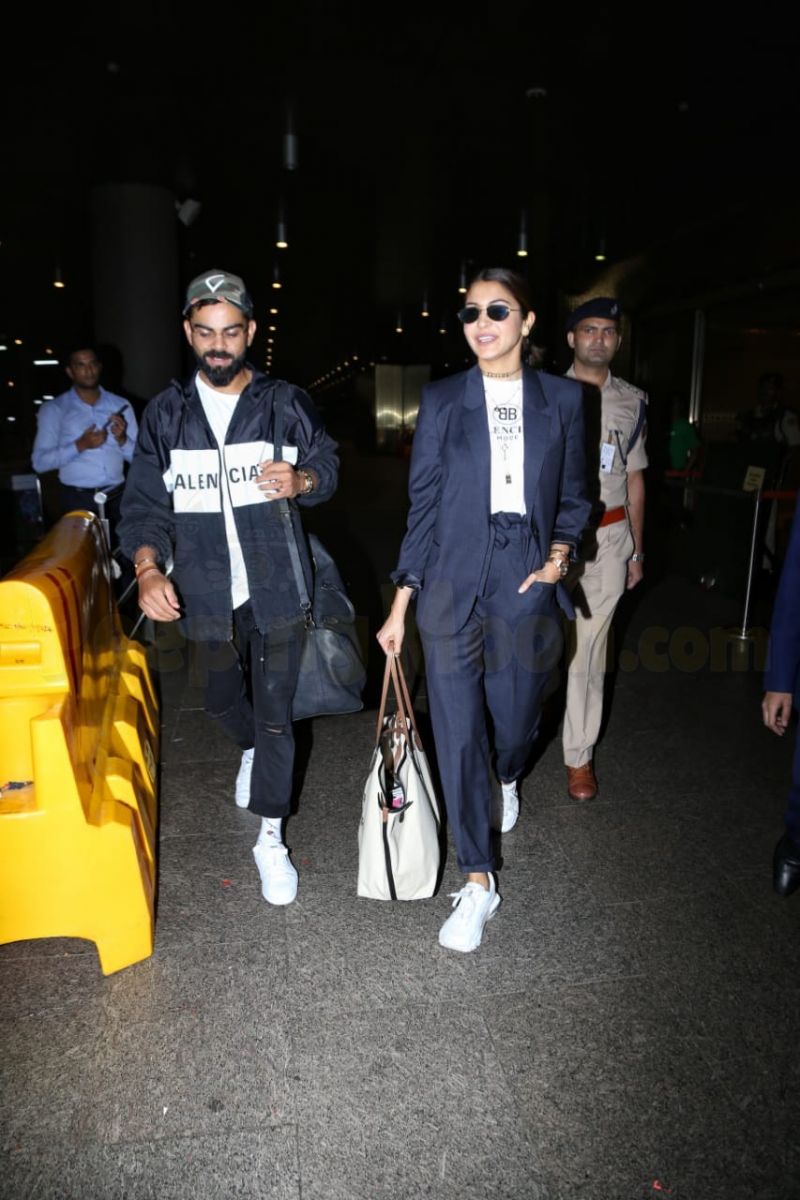 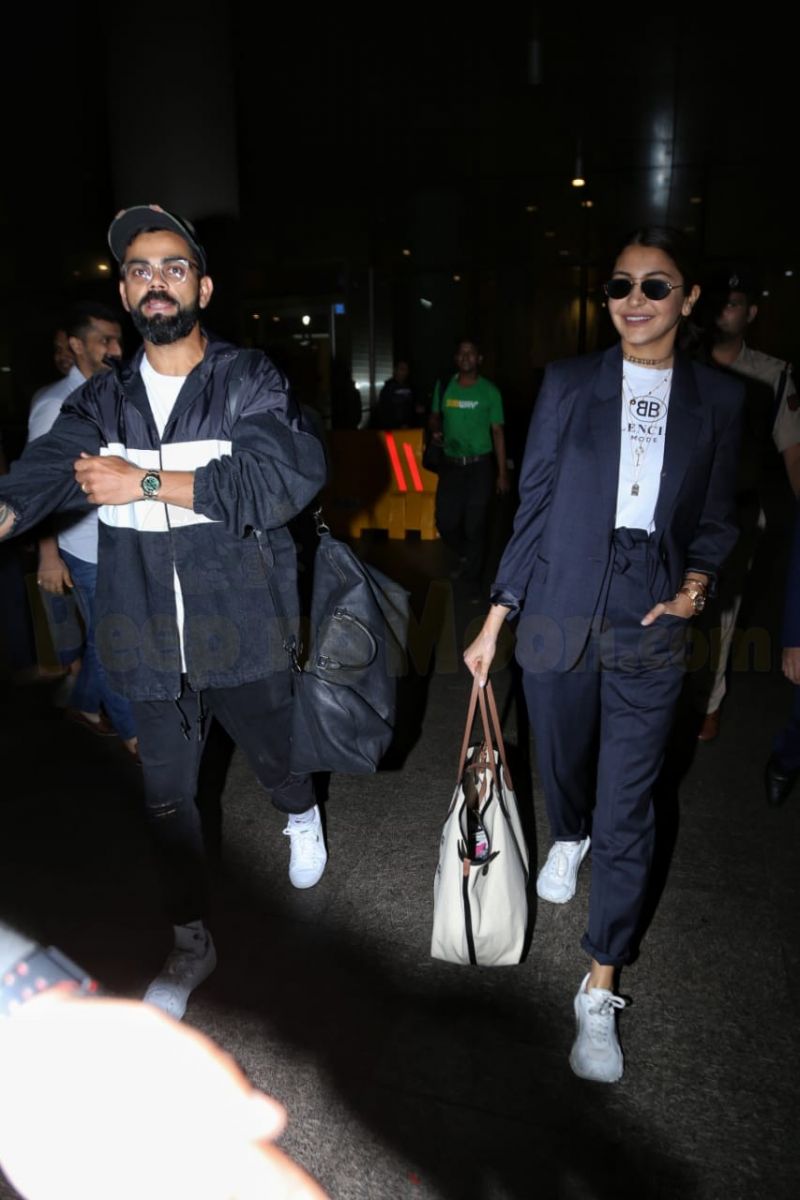 Recommended Read: Akshay Kumar jets off to London with wife Twinkle Khanna and daughter Nitara Bhatia ahead of his birthday

Varun Dhawan returned from Abu Dhabi after watching the MMA championship. The actor attended the event on special invitation from UFC president, Dana White. Dressed in comfortable pants and tee, Varun, who is currently shooting for Coolie No. 1, was all smiles as he returned back to the city. At the airport, as his fans were excited to see him, a lady went on to shower love on him while clicking a picture. 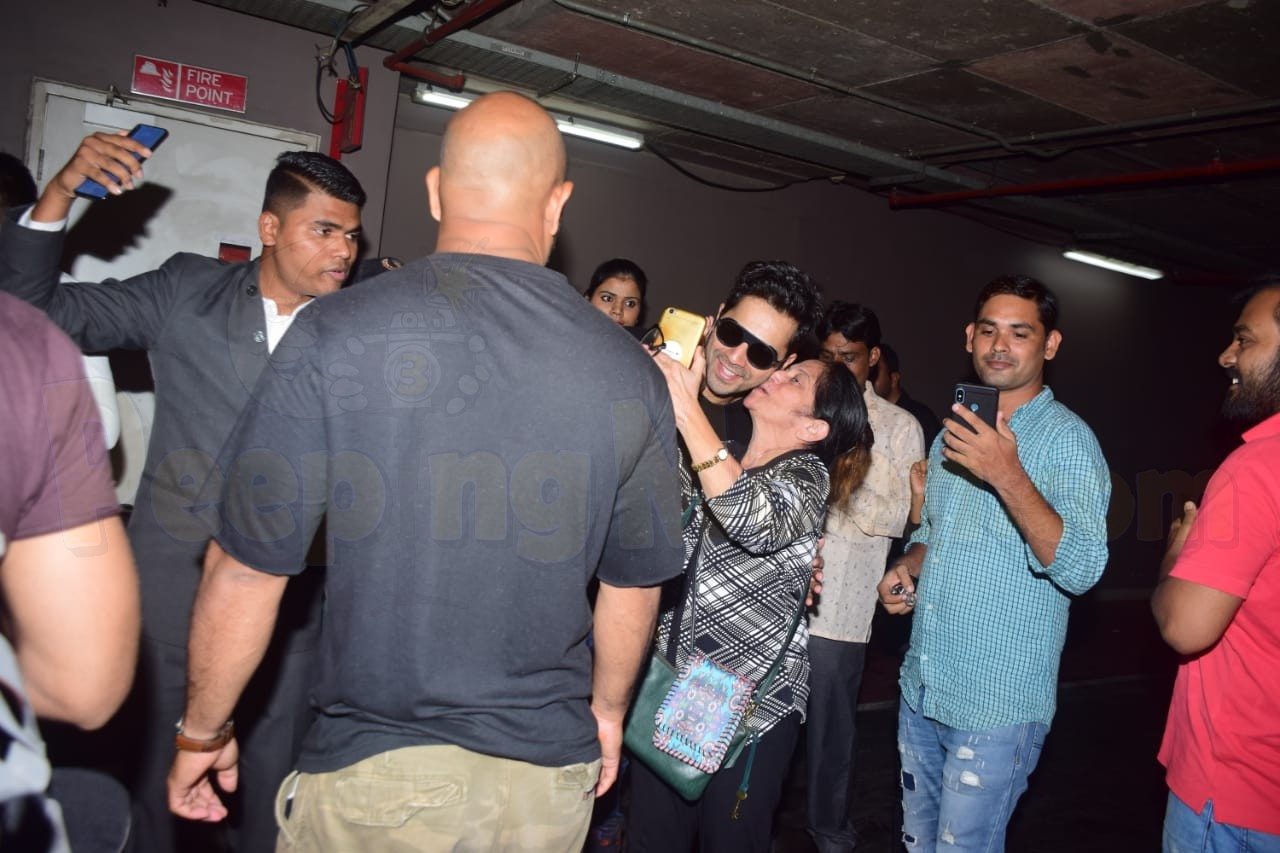 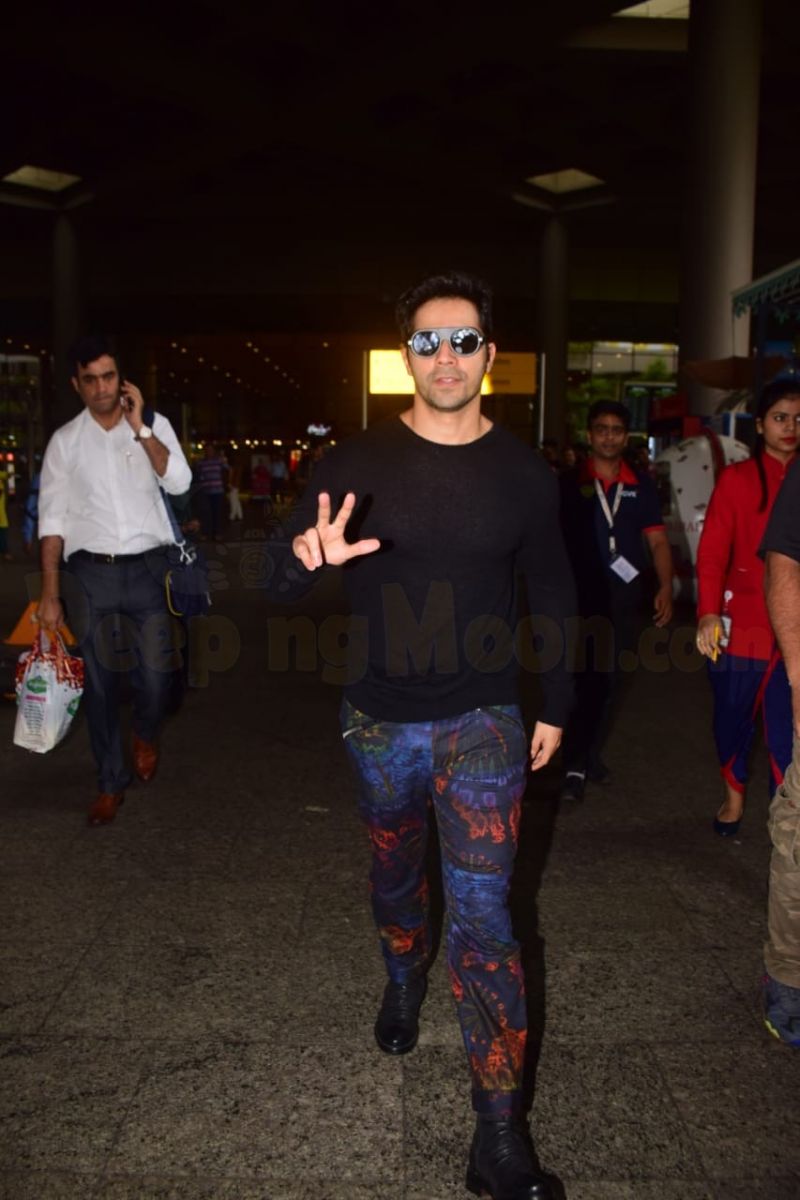 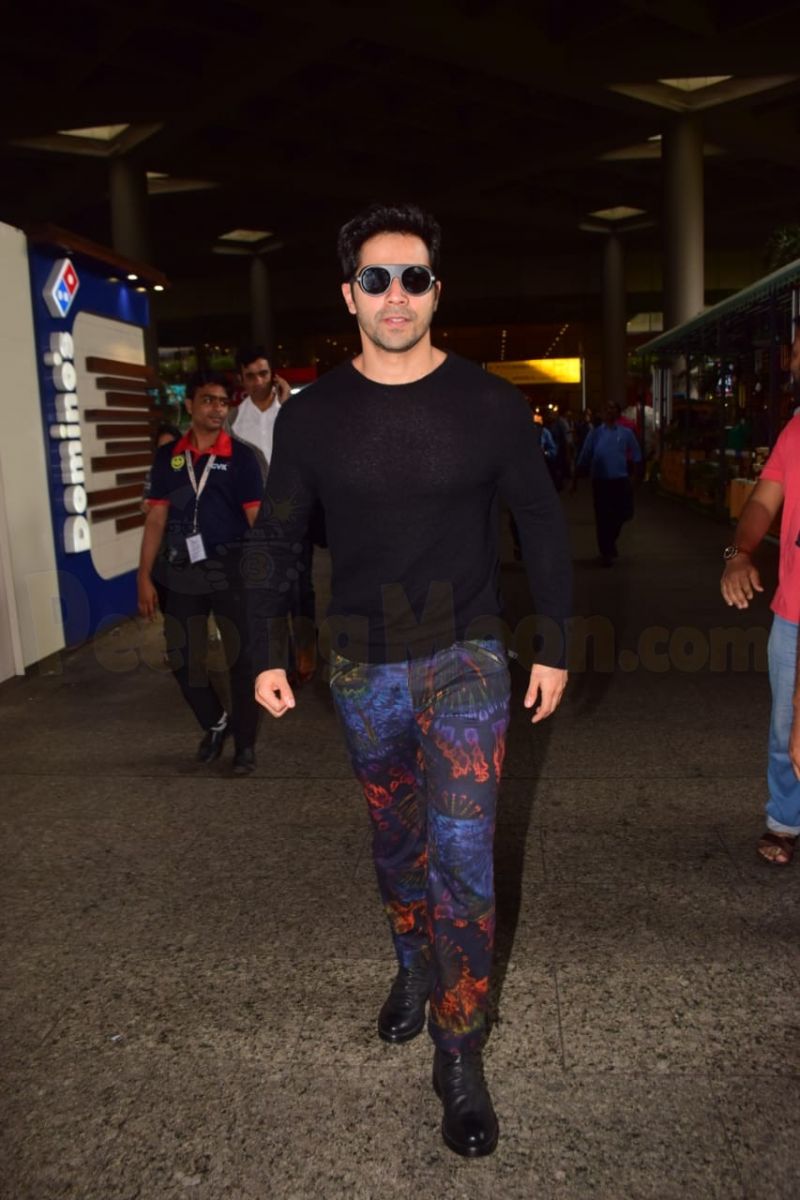 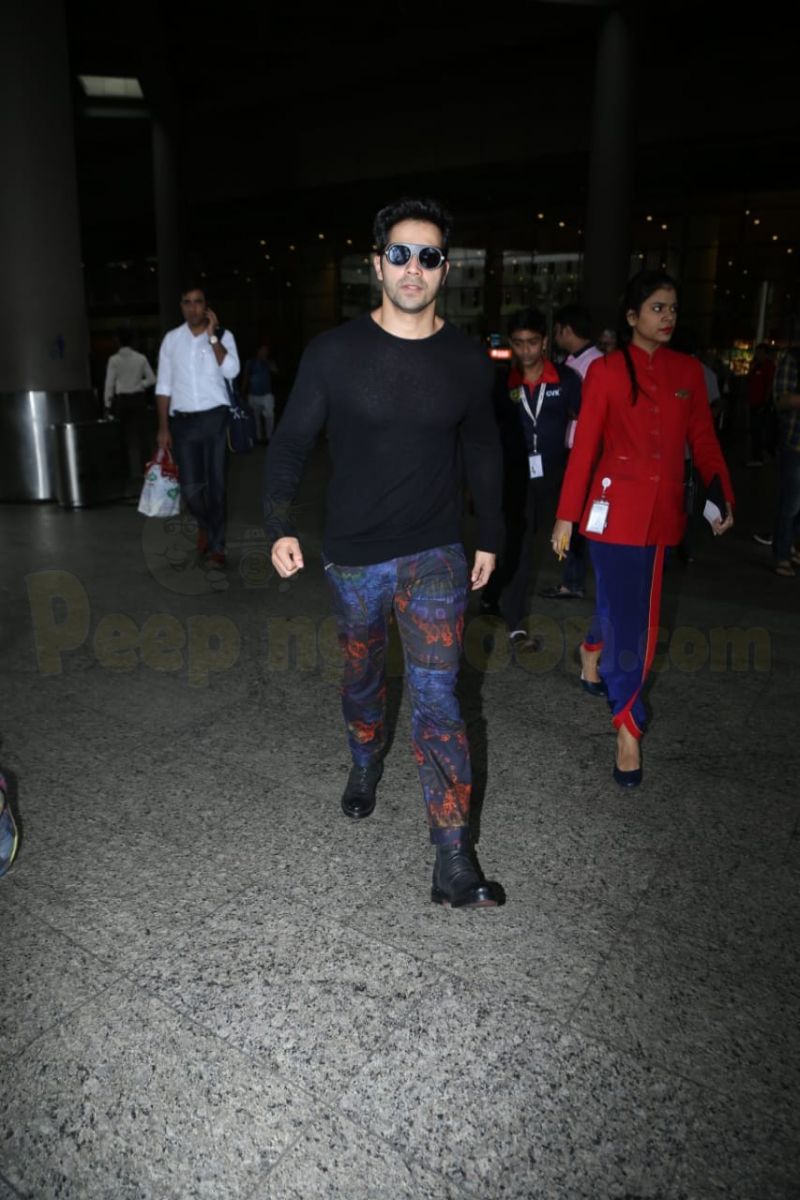 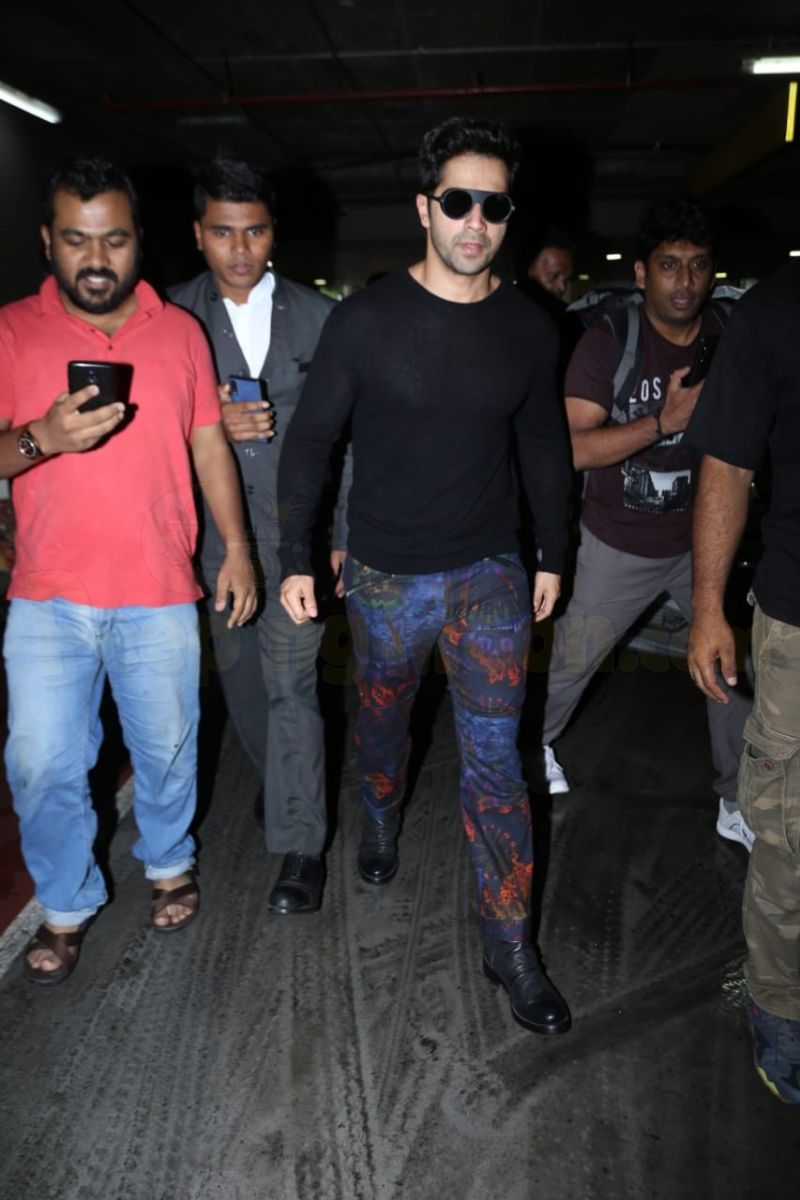 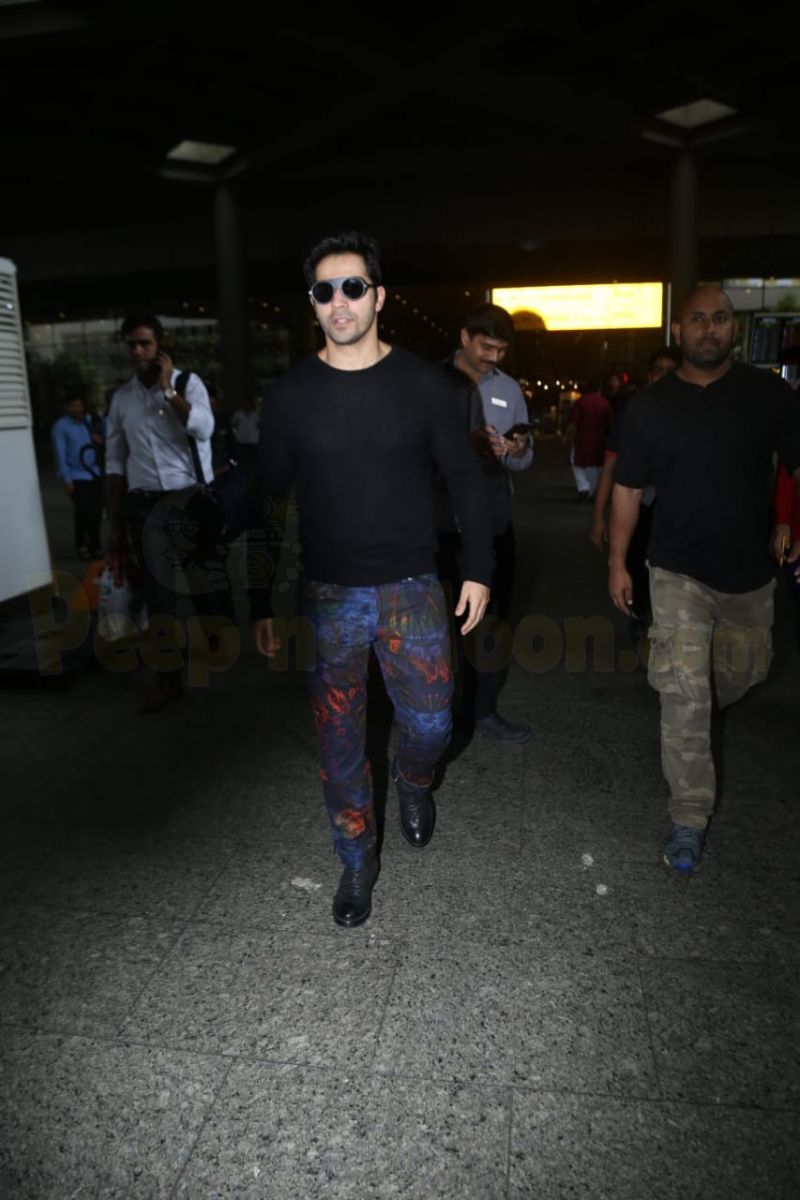 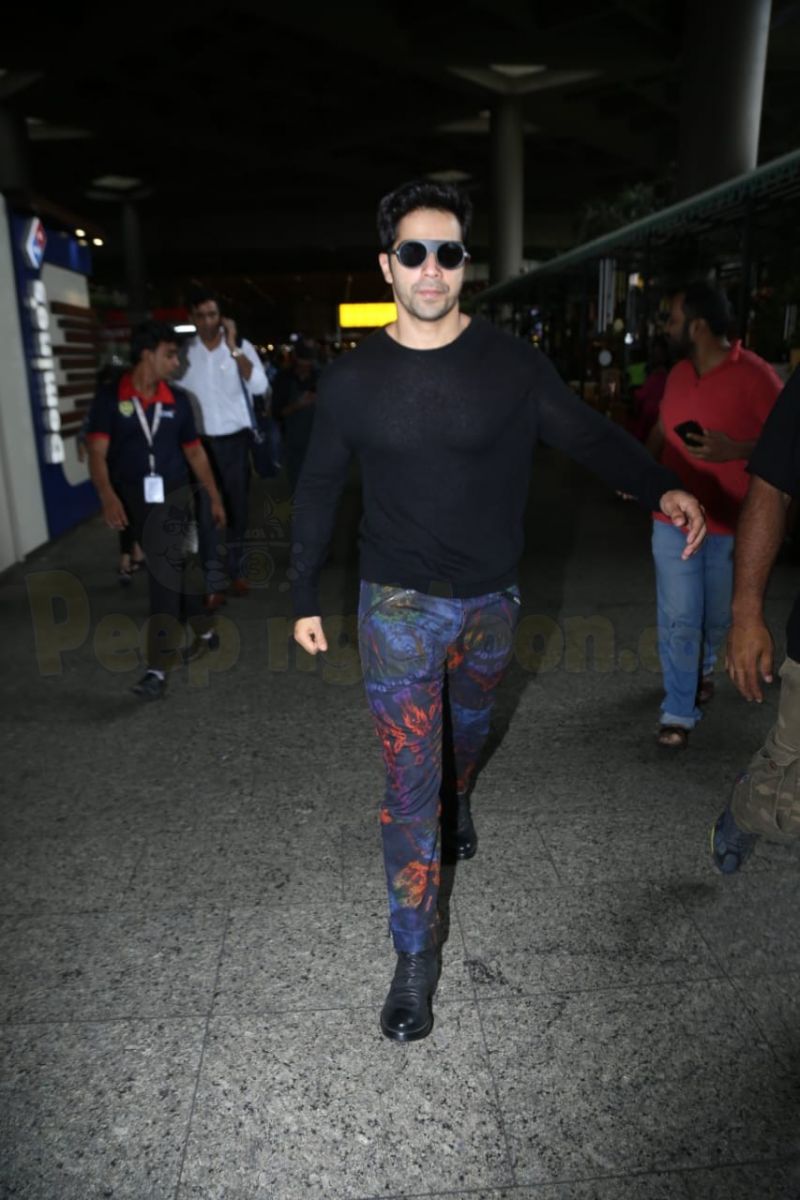 Ananya Panday with Kartik Aaryan and Juno Chopra returned from Lucknow post wrapping the shoot for the upcoming film Pati, Patni Aur Woh. The trio, for the journey, twinned in white and were all happy to return back home. 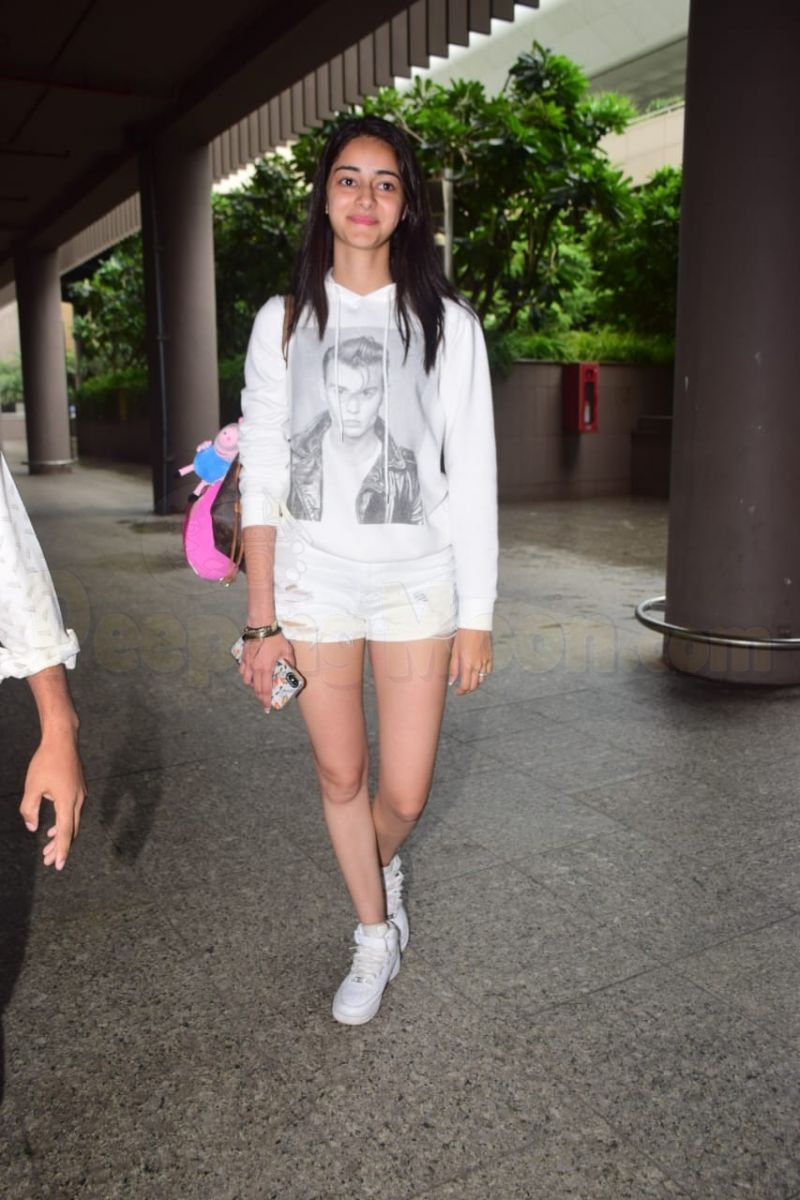 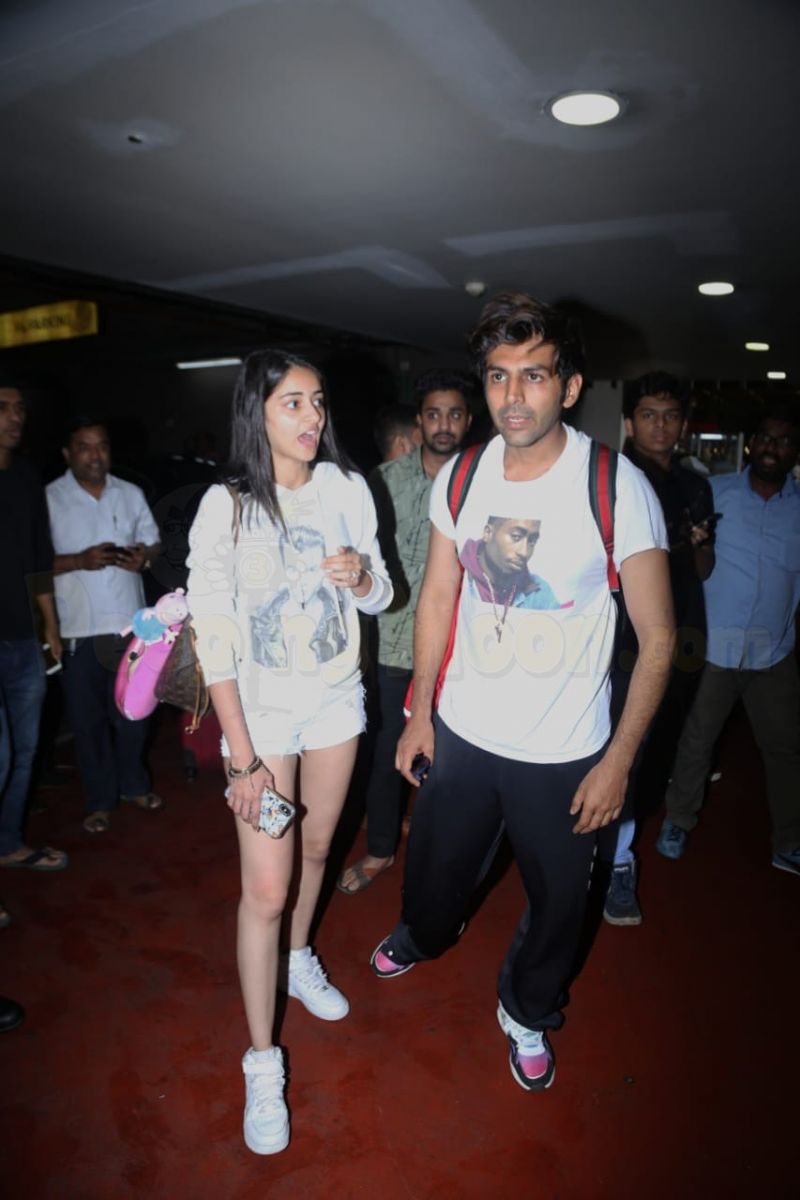 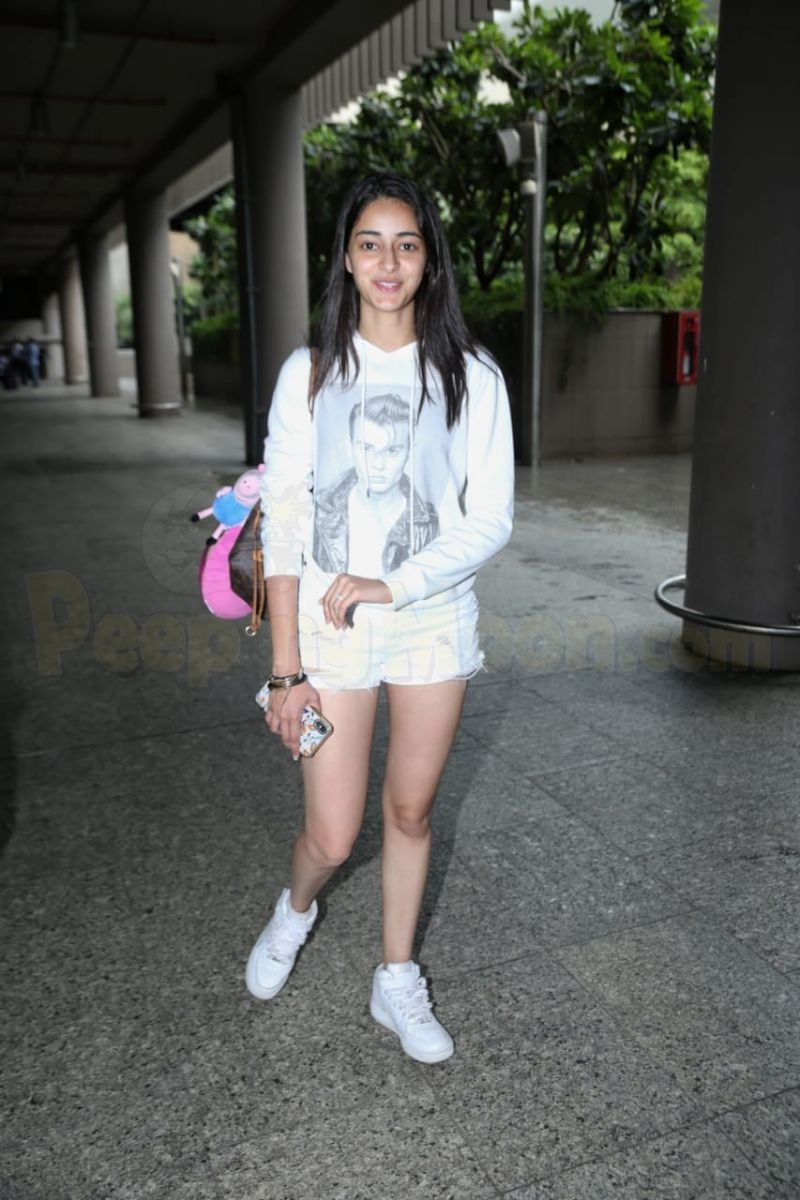 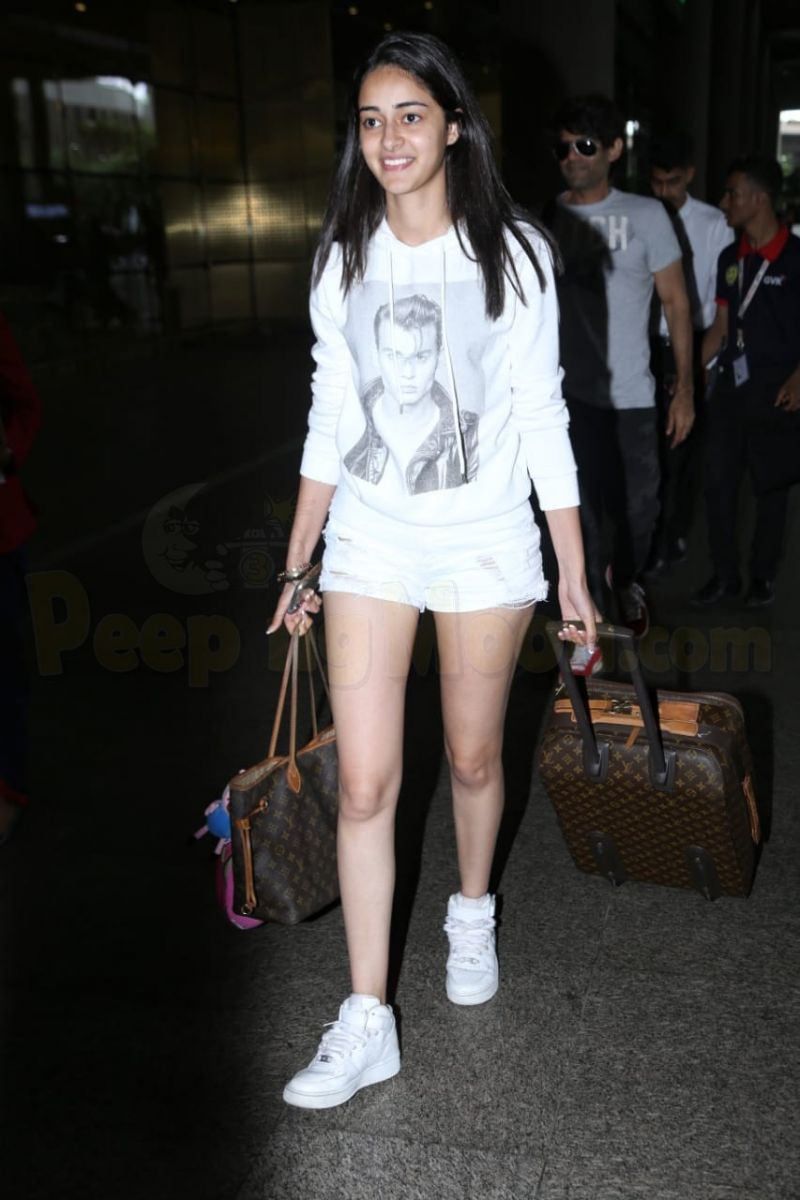 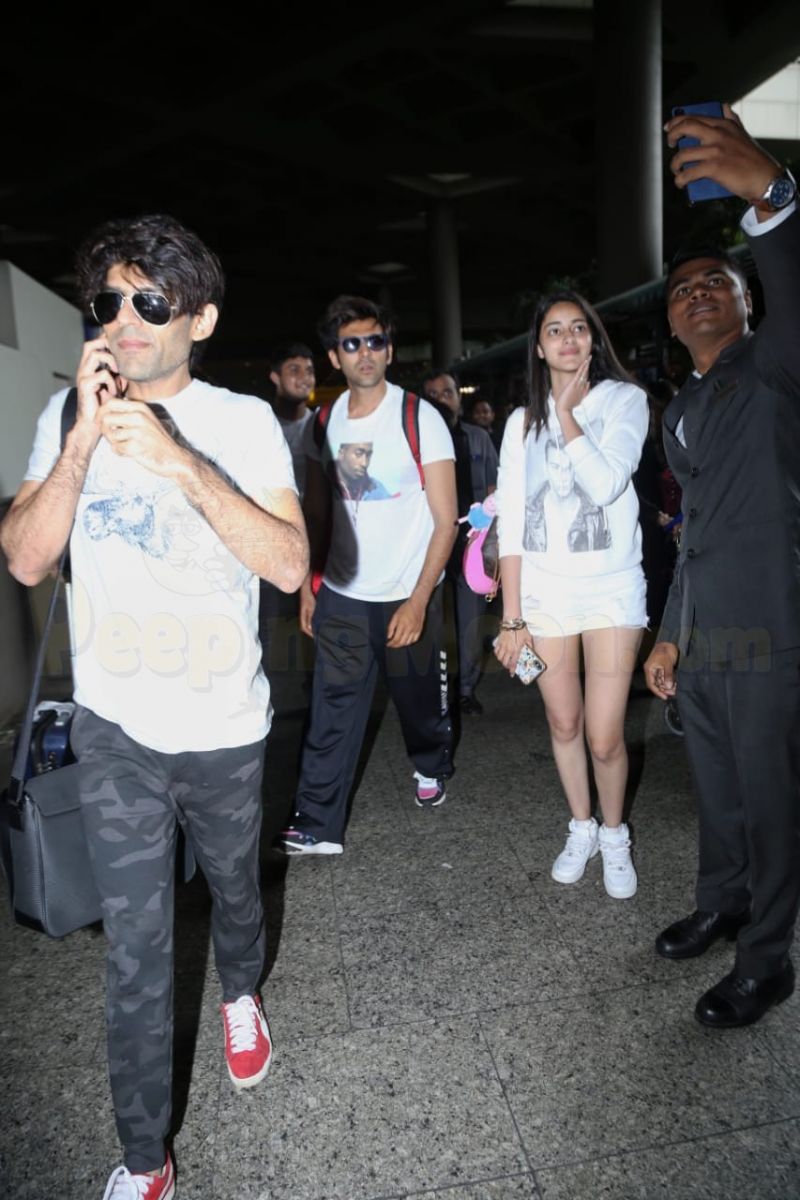 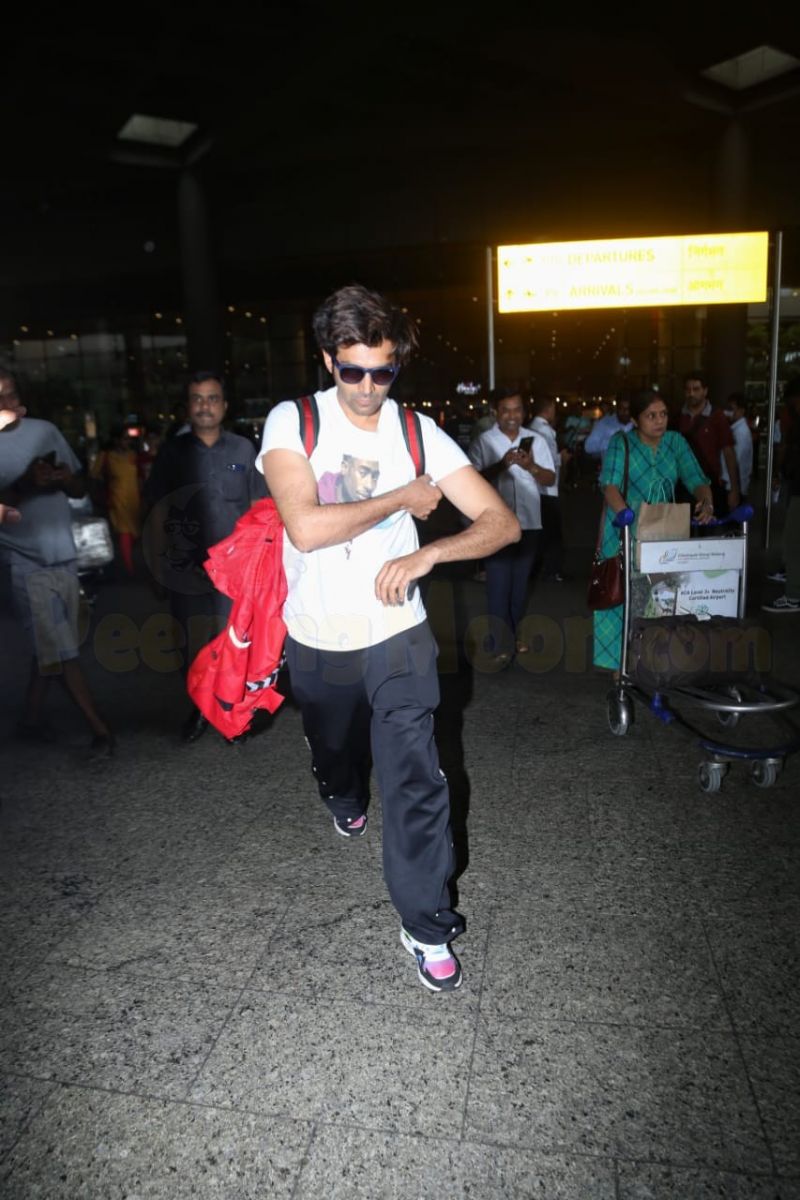 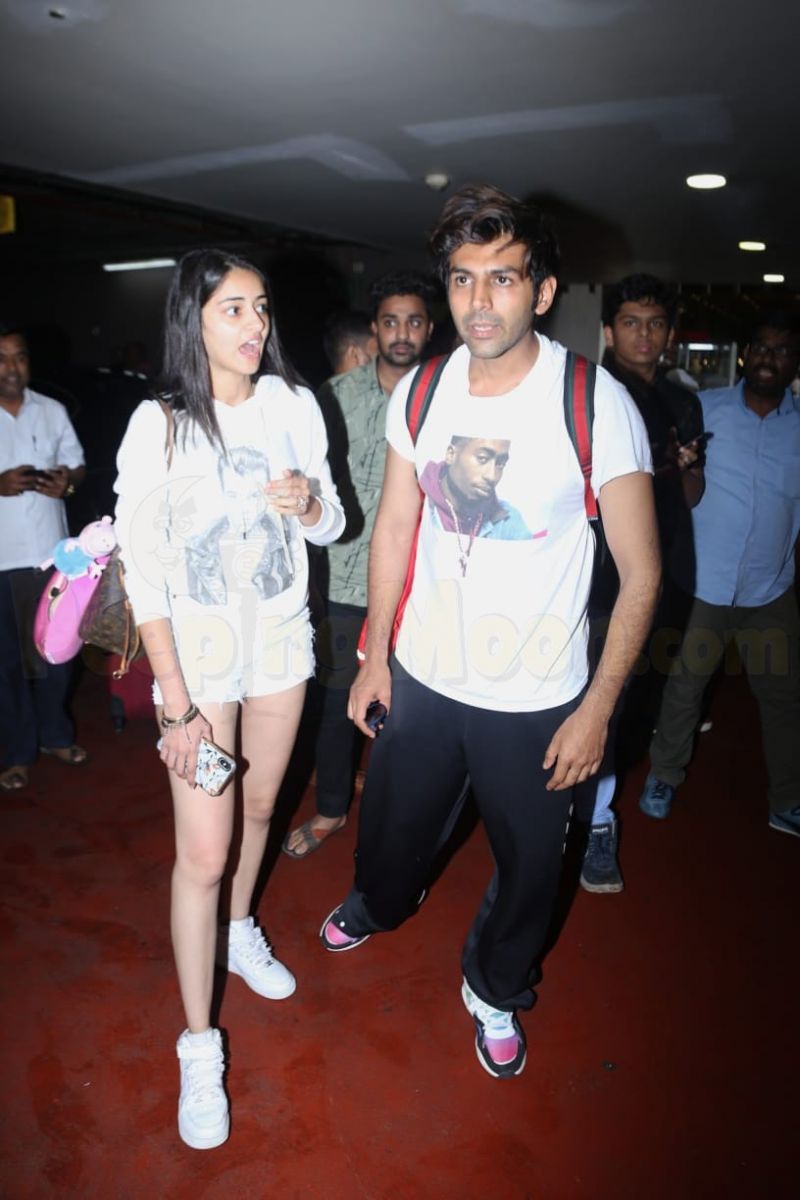 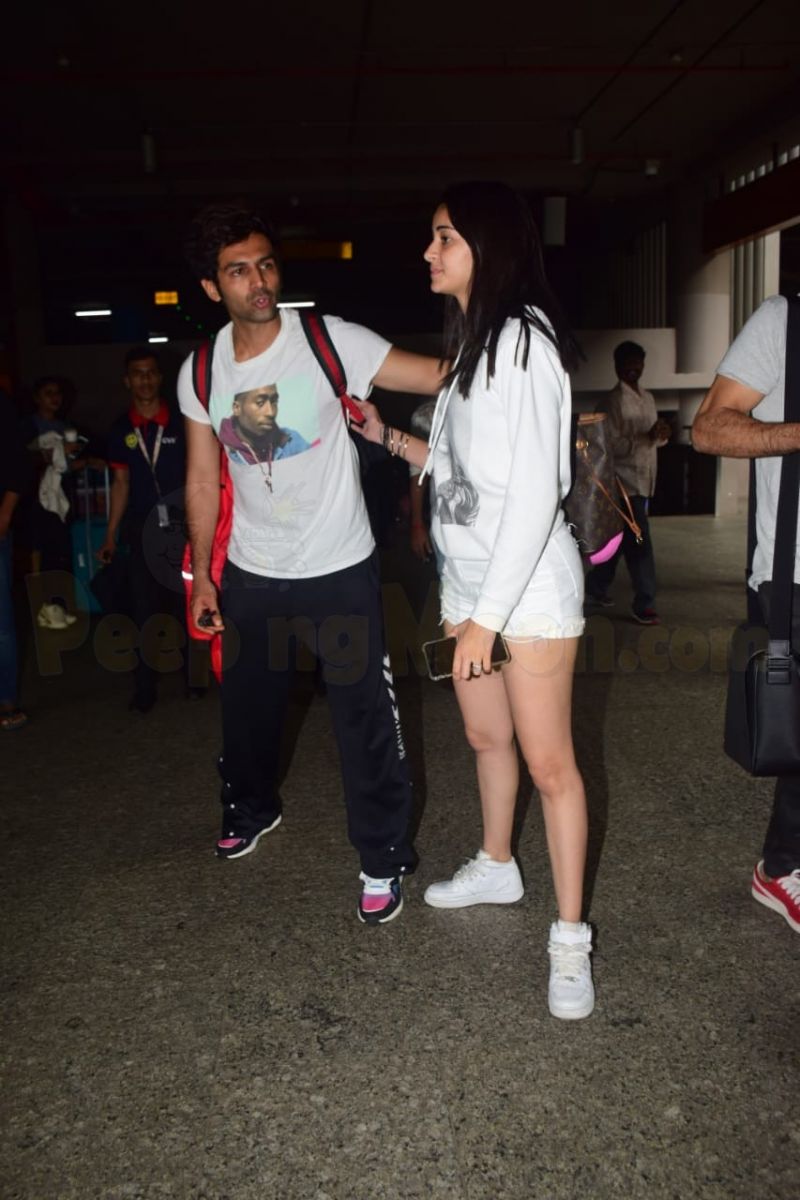 Kriti Sanon along with her sister Nupur Sanon jetted out of the city to attend the ongoing New York Fashion Week 2019. 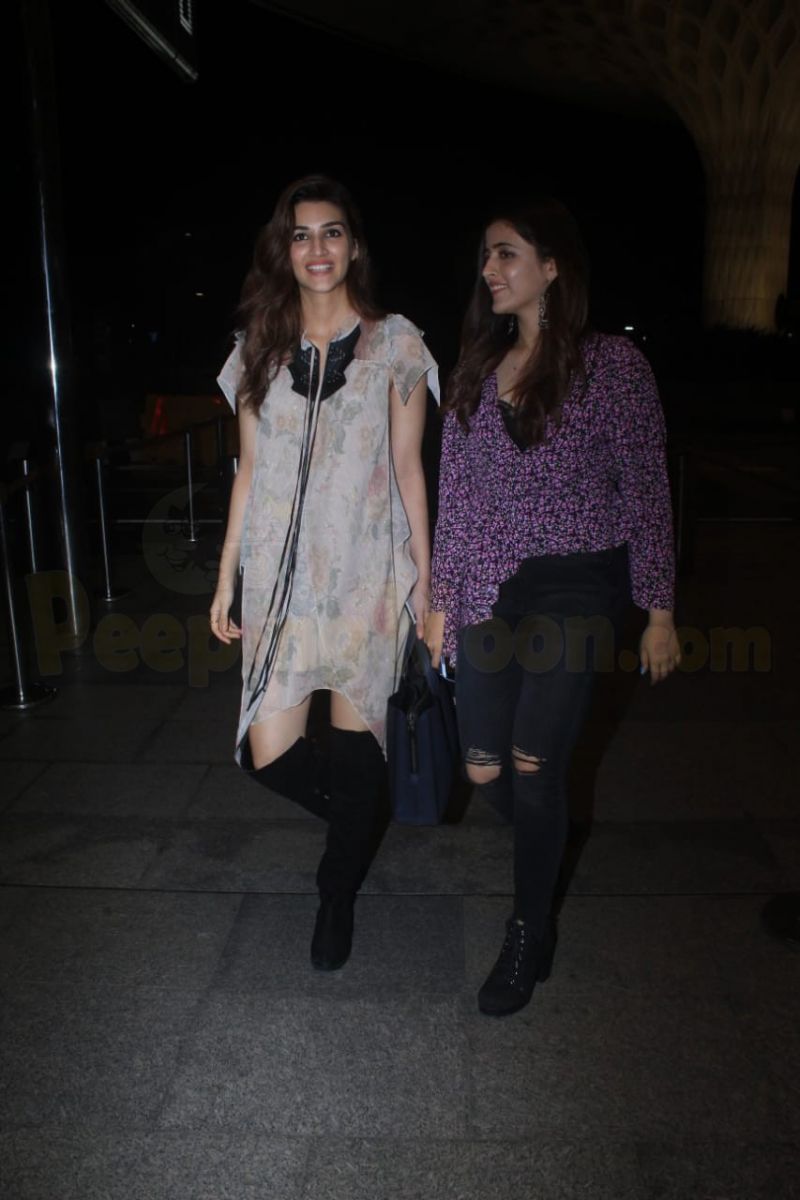 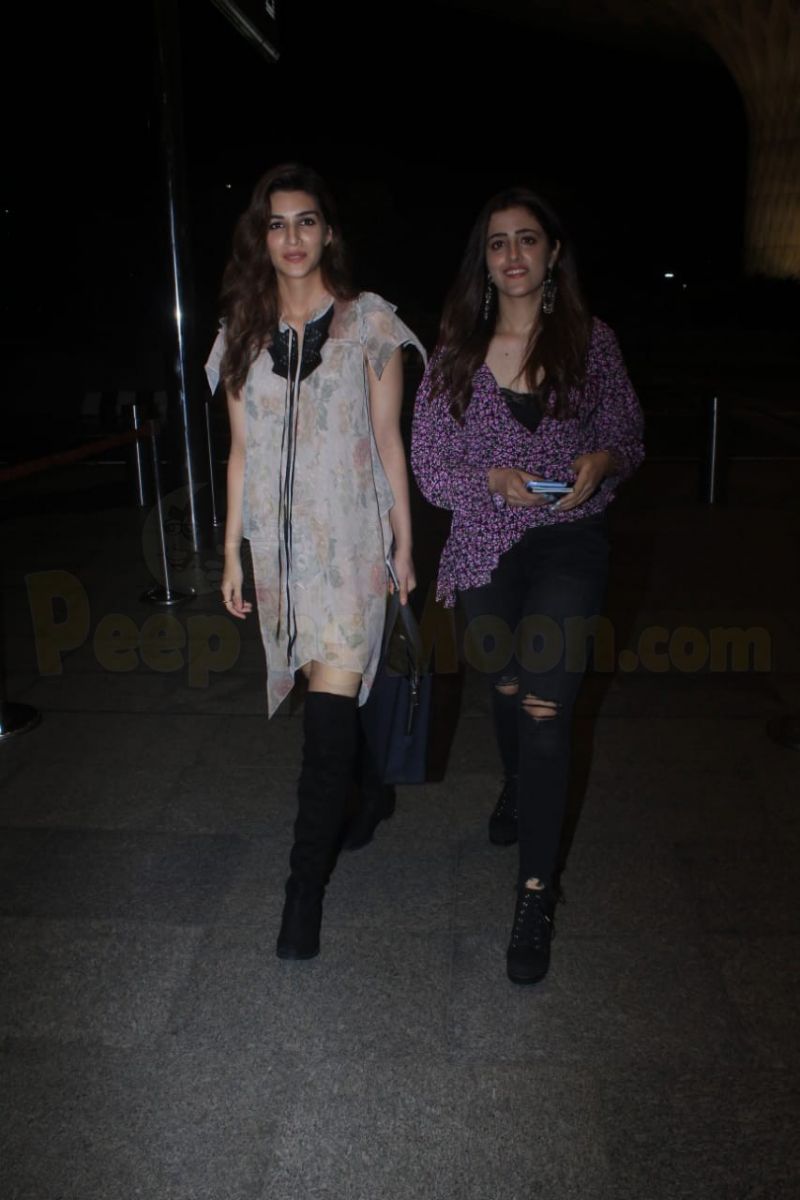 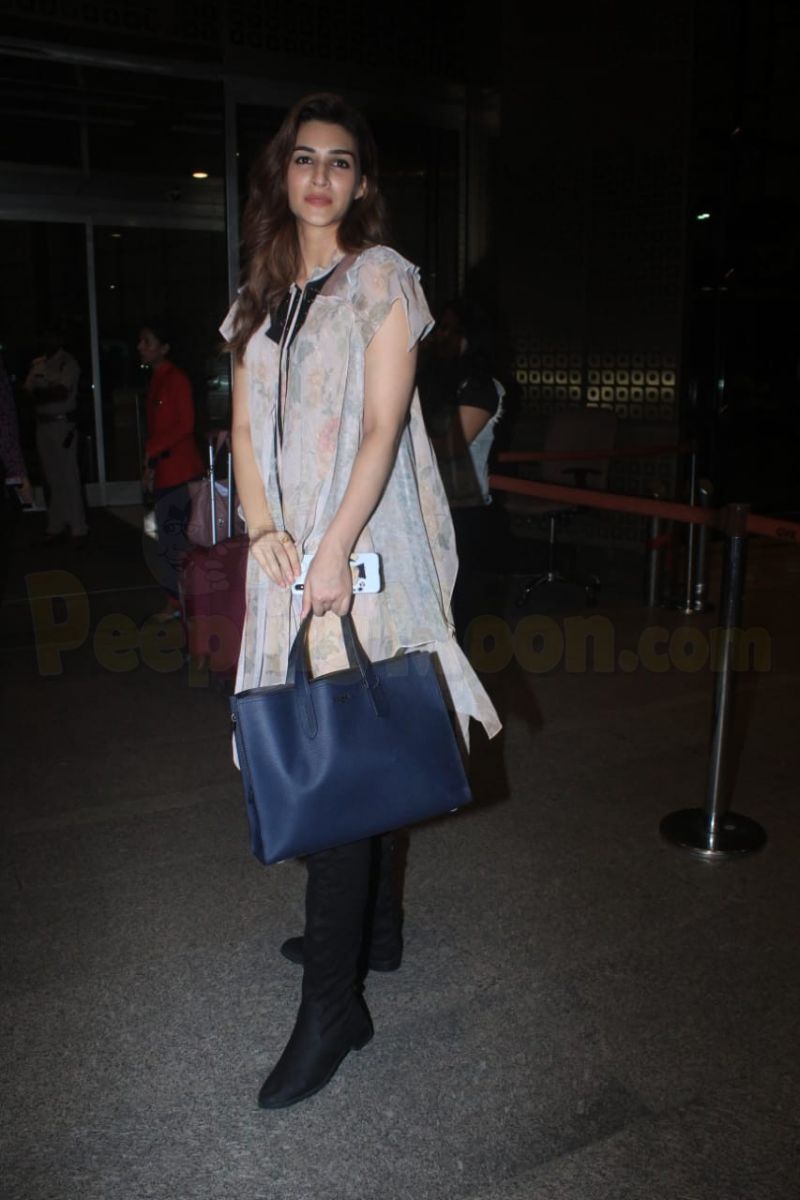 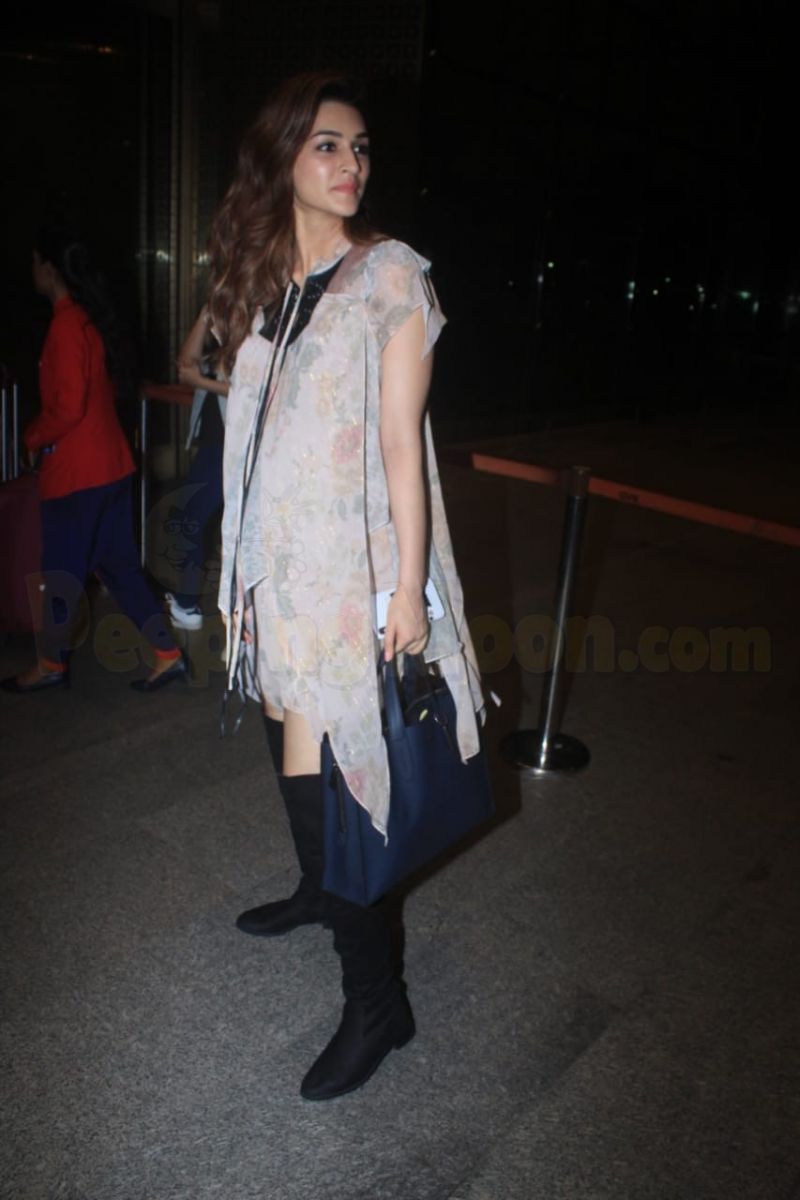 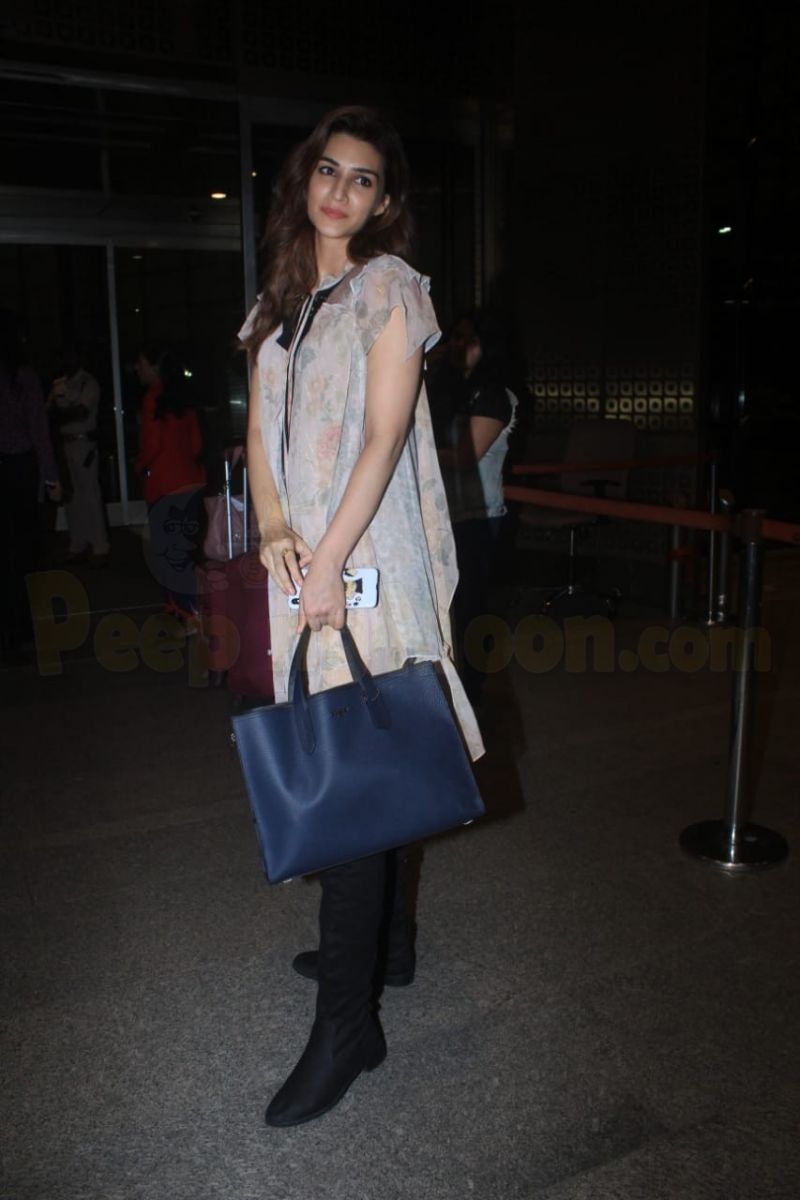