Advertisement
HomeHOLLYWOODNewsJennifer Lopez and Ben Affleck seal the deal with a kiss once again; get married for the second time in presence of family, friends and children

Jennifer Lopez and Ben Affleck seal the deal with a kiss once again; get married for the second time in presence of family, friends and children 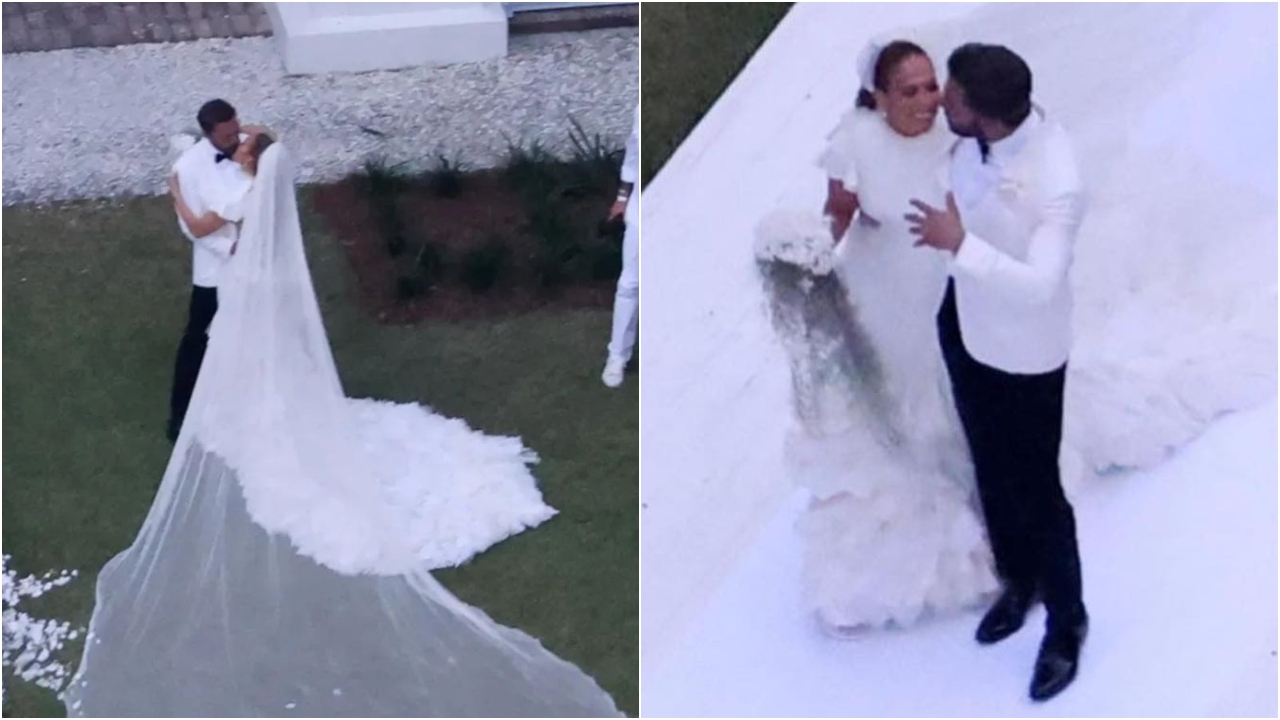 Jennifer Lopez and Ben Affleck celebrated their one-month wedding anniversary in Georgia in front of friends and family on Saturday. Making it even more special, the couple got married once again. As per reports, the ceremony was planned by interior designer and event planner Colin Cowie. Popular UK-Indian podcaster and life coach Jay Shetty officiated the ceremony.

According to reports, Jennifer wore a white Ralph Lauren gown with a long, flowing train and veil whereas Ben was dressed in a tuxedo with a white jacket and black pants. Celebrities like Matt Damon and his wife Luciana, director Kevin Smith and his wife, Jennifer, Clerks actor Jason Mewes and his wife, Jordan Monsanto, and top Hollywood talent agent Patrick Whitesell and his wife, model/actress Pia Miller were in attendance.

As per reports, Ben's mother Chris Anne Boldt was hospitalised after she fell off a dock at their home in Georgia. Right before the ceremony, she was taken to the St. Joseph Candler children’s hospital in Savannah after she got a cut on her leg. Reportedly, her injuries were ‘not serious’ and she headed back home in a wheelchair. Ben's brother, Casey, skipped the celebration "because of family, parental obligations at home".

Jennifer and Ben said I Do on July 16 in a drive-through chapel in Las Vegas.