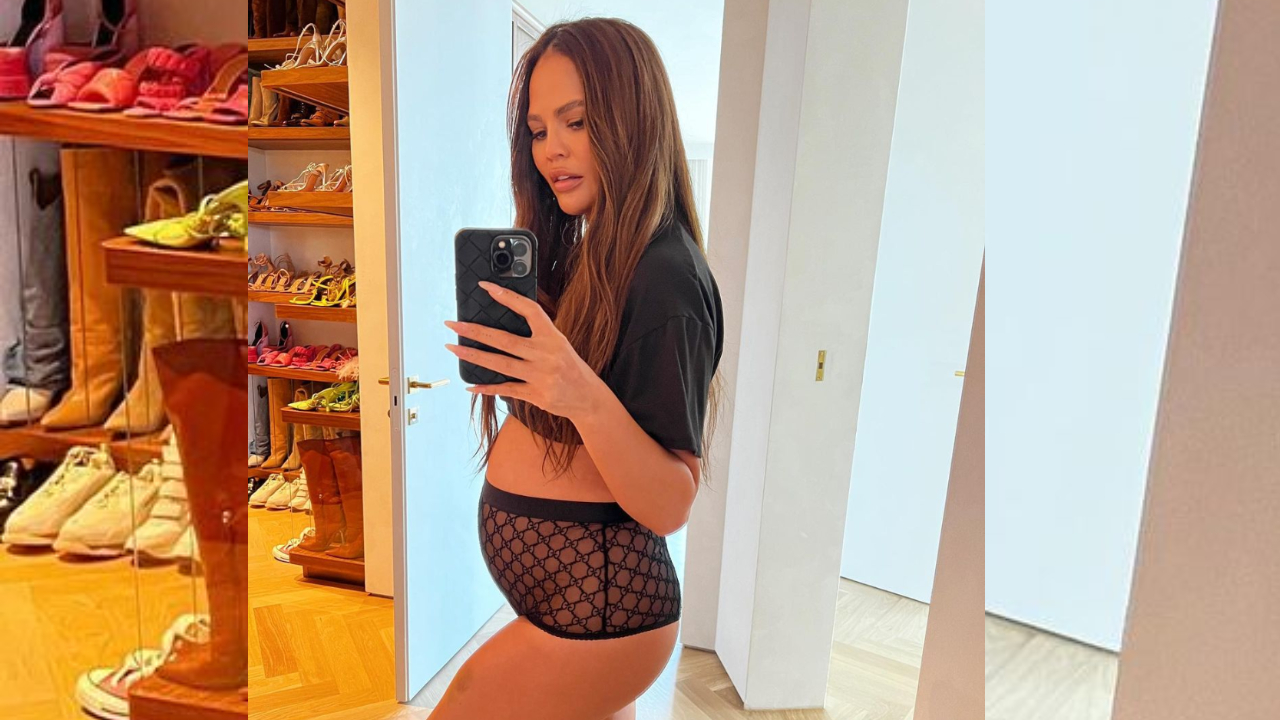 Chrissy Teigen is expecting her third child with husband John Legend almost two years after she lost her unborn baby boy Jack due to pregnancy complications. She took to Instagram earlier today to share the good news with her fan and followers. She posted two photos of herself flaunting her baby bump.

She sported a black T-shirt and sheer black shorts and shared two photos of herself showing off her baby bump. Chrissy wrote, “the last few years have been a blur of emotions to say the least, but joy has filled our home and hearts again. 1 billion shots later (in the leg lately, as u can see!) we have another on the way. Every appointment I’ve said to myself, “ok if it’s healthy today I’ll announce” but then I breathe a sigh of relief to hear a heartbeat and decide I’m just too nervous still. I don’t think I’ll ever walk out of an appointment with more excitement than nerves but so far, everything is perfect and beautiful and I’m feeling hopeful and amazing. Ok phew it’s been very hard keeping this in for so long!”

RECOMMENDED READ: Diwali 2021: Priyanka Chopra Jonas to Sonam Kapoor Ahuja and Chrissy Teigen, Lakshmi Bombs who LIT UP the festivities across the seas!

Her post also revealed the numerous shots she took during her pregnancy. John also reshared the post with red heart emojis. In 2020, Chrissy had suffered a miscarriage and shared a heart-wrenching note for her child.

Chrissy and John got married in 2013 and have two older children, Luna and Miles.