Advertisement
HomeHOLLYWOODNewsDwayne Johnson unleashes his fury in Black Adam trailer; Zachary Levi brings back his goofy superhero in Shazam! Fury of the Gods at Comic-con

Dwayne Johnson unleashes his fury in Black Adam trailer; Zachary Levi brings back his goofy superhero in Shazam! Fury of the Gods at Comic-con 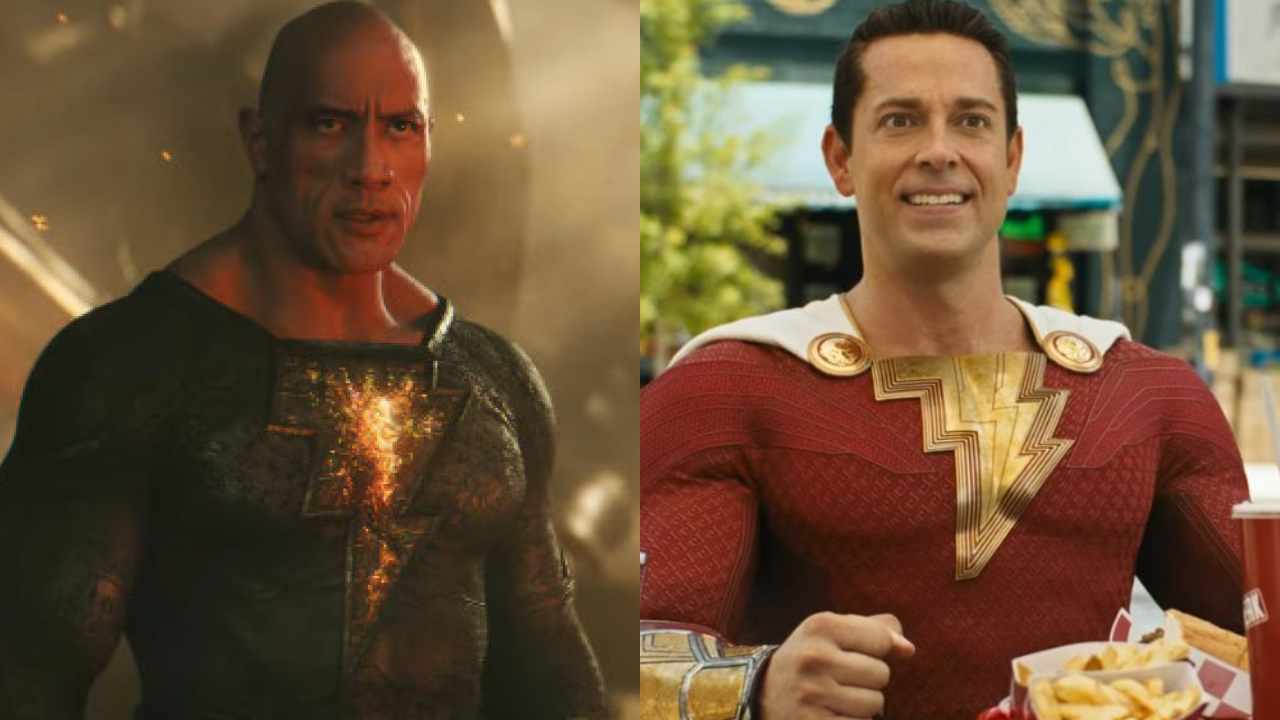 The San Diego Comic-con on Saturday, July 25 had several treats up its sleeve for fans. DC Comics unveiled two brand new trailers of its highly-awaited films ­Black Adam starring Dwayne Johnson and Shazam! Fury of the Gods with Zachary Levi in the lead. Read on for more details

Dwayne Johnson made a grand entrance to the San Diego Comic-Con, rising from the stage floor in his full 'Black Adam' costume reports 'Variety'. As he emerged, lightning bolts appeared on the screen behind him and smoke billowed out on the floor. Audience members had been given lightning bolt lanyards before the panel, and every single one lit up brightly in the darkened hall for a grand display. Johnson also dropped the newest trailer for his upcoming superhero adventure, helmed by the Spanish-American director Jaume Collett-Serra, as part of the Warner Bros. presentation.

Black Adam may not be as recognizable to comic book newbies, according to 'Variety', but his biggest rival should be a familiar face because of the 2019 hit film Shazam! starring Zachary Levi. ‘Black Adam', similar to the character of Shazam, is bestowed with magical powers from the wizard Shazam. Unlike Shazam, though, 'Black Adam' calls upon the Egyptian gods for his powers (Shazam traditionally calls upon the Greek gods).

The new movie is set to follow the anti-hero nearly 5,000 years after he was bestowed with the powers of the Egyptian gods. Now, freed from his tomb, 'Black Adam' is ready to unleash his form of justice on the modern world. With Johnson's title character as well as a host of new additions, 'Black Adam' is bringing the Justice Society of America to the DC Universe, 'Variety' informs us.

The Justice Society, including Aldis Hodge as Hawkman, Noah Centineo as Atom Smasher, Quintessa Swindell as Cyclone and Pierce Brosnan as Doctor Fate, is a superhero team that predates the Justice League in DC comics. The film also stars Sarah Shahi, Marwan Kenzari, Mo Amer, Bodhi Sabongui and Viola Davis. The film is slated to release in theatres on October 21.

Zachary Levi is set to return as the DC superhero in the upcoming film Shazam! Fury of the Gods. The film's trailer debuted at the San Diego Comic Con this past weekend. It shows the return of Levi as the loveable superhero Shazam and he might be suffering from an imposter syndrome. Although the character Levi plays, is a teenager, he is dealing with some relatable adult thoughts, reports 'People' magazine.

The trailer opens with: "I'm an idiot. I don't deserve these powers, if I'm being honest. Like, what am I even contributing?" The goofy kid-inside-a-superhero, Billy Batson, goes on to compare himself to 'The Flash', 'Aquaman' and 'Batman', the famed heroes of DC's extended universe. "And I'm just me," Levi-as-Billy-as-Shazam continues. "I feel like a fraud."

According to 'People', the trailer gives a little recap of the 2019 Shazam film, which earned $365 million worldwide. The movie followed Billy (Asher Angel), a newly fostered teenager who is looking for his mother, only to find unexpected superpowers when he recites the magic word "Shazam!" 'People' adds that the ‘Daughters of Atlas', portrayed by Oscar-winner Helen Mirren, Lucy Liu and Rachel Zegler, are setting out to take back the power of the gods "stolen" by Billy and his other friends. The demigod siblings serve as the primary villains of the film in which screenwriter Henry Gayden and director David F. Sandberg are both set to return. The film will release in theatres internationally beginning December 15, 2022 and in North America on December 21, 2022.