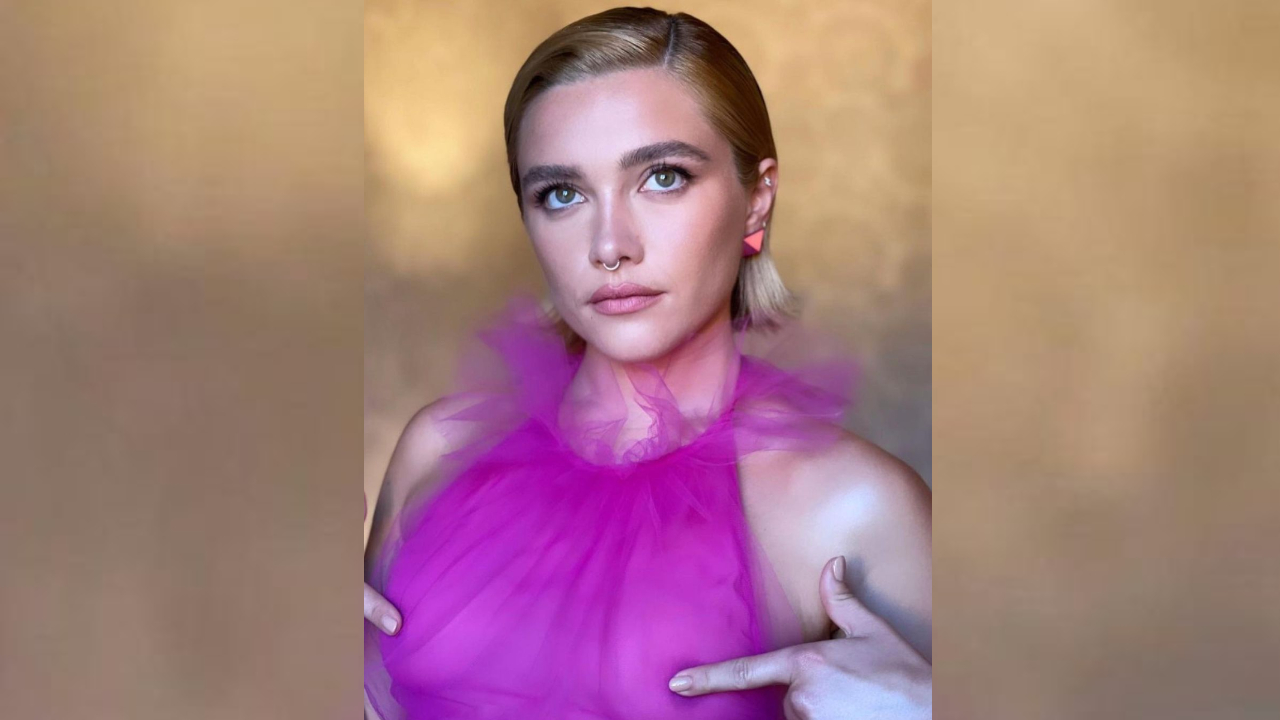 Florence Pugh is taking pride in her body and hitting back at all those people who tried to body shame her recently. She slammed the “vulgar” men commenting on her body and asked them why they are “so scared of breasts,” after she wore a sheer gown to the Valentino Haute Couture show in Rome on Friday.

Taking to Instagram, she shared a scathing note for all those people who tried to body shame her as her nipples could be seen through the sheer gown and called her ‘flat chested’. Sharing pictures of herself in the pink gown, she wrote, “Listen, I knew when I wore that incredible Valentino dress that there was no way there wouldn’t be a commentary on it. Whether it be negative or positive, we all knew what we were doing. I was excited to wear it, not a wink of me was nervous. I wasn’t before, during or even now after. What’s been interesting to watch and witness is just how easy it is for men to totally destroy a woman’s body, publicly, proudly, for everyone to see. You even do it with your job titles and work emails in your bio..? It isn’t the first time and certainly won’t be the last time a woman will hear what’s wrong with her body by a crowd of strangers, what’s worrying is just how vulgar some of you men can be. Thankfully, I’ve come to terms with the intricacies of my body that make me, me. I’m happy with all of the ‘flaws’ that I couldn’t bear to look at when I was 14.”

RECOMMENDED READ: ‘Sam Wilson is Captain America,’ says Chris Evans as he supports Anthony Mackie, refutes rumours of returning back to MCU as the first Avenger

She further wrote, “So many of you wanted to aggressively let me know how disappointed you were by my ‘tiny tits’, or how I should be embarrassed by being so ‘flat chested’. I’ve lived in my body for a long time. I’m fully aware of my breast size and am not scared of it. What’s more concerning is…. Why are you so scared of breasts? Small? Large? Left? Right? Only one? Maybe none? What. Is. So. Terrifying. It makes me wonder what happened to you to be so content on being so loudly upset by the size of my boobs and body..? I’m very grateful that I grew up in a household with very strong, powerful, curvy women. We were raised to find power in the creases of our body. To be loud about being comfortable. It has always been my mission in this industry to say ‘fuck it and fuck that’ whenever anyone expects my body to morph into an opinion of what’s hot or sexually attractive. I wore that dress because I know. If being loudly abusive towards women publicly in 2022 is so easy for you, then the answer is that it is you who doesn’t know. Grow up. Respect people. Respect bodies. Respect all women. Respect humans. Life will get a whole lot easier, I promise. And all because of two cute little nipples….Oh! The last slide is for those who feel more comfortable with that inch of darker skin to be covered…#fuckingfreethefuckingnipple.”