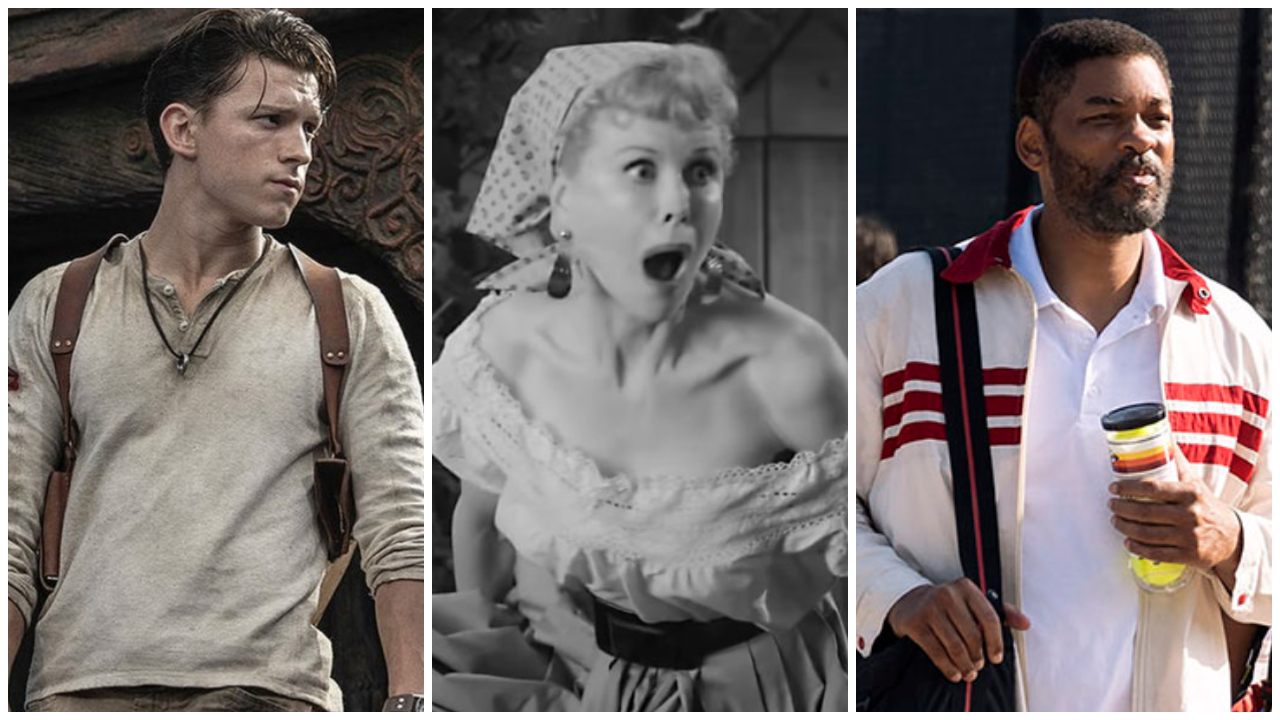 Some very exciting new trailers have been unveiled of upcoming Hollywood films. Will Smith's King Richard, Mark Wahlberg's and Tom Holland's Uncharted and Nicole Kidman's and Javier Bardem's Lucille Ball biopic Being the Ricardos are making all the right noises on the internet. Read on for more details:

After over a decade of development and passing through seven directors, Uncharted is finally going to release as it has its first trailer to prove. Tom Holland stars as the  young version of fortune hunter / adventurer /  Nathan Drake with Mark Wahlberg playing Sully (Nathan’s father figure / partner). The film also stars Sophia Taylor and is set to hit theatres on February 18th, 2022.

A new trailer for King Richard dropped on Thursday, starring Will Smith in the titular role of Richard Williams, the father of tennis champions Venus and Serena Williams. The film follows the athletes' initial days in the sport and their rise to being world champs. The trailer also features Beyonce's latest single Be Alive.  King Richard is directed by Reinaldo Marcus Green and also stars Aunjanue Ellis, Saniyya Sidney, Demi Singleton, Jon Bernthal, Dylan McDermott and Tony Goldwyn. The film premieres in theaters and on HBO Max on November 19.

Nicole Kidman, Javier Bardem step into the shoes of Lucille Ball and Desi Arnaz in 'Being The Ricardos'

Amazon Studios has released a trailer for Aaron Sorkin’s Being the Ricardos, starring Nicole Kidman and Javier Bardem. The film follows Lucille Ball and Desi Arnaz, played by Nicole Kidman and Javier Bardem respectively, during a production week on the sets of ageless American sitcom I Love Lucy. It is directed by Aaron Sorkin. The trailer gives quick glimpses of the couple's whirlwind life and are accompanied by Kidman's voiceover, with the first clear look at her coming via the recreation of Lucille Ball's iconic grape stomping scene. Being the Ricardos also navigates the racial barriers the couple had to face, with Desi being discriminated against for being Cuban, and Lucille fighting for him to remain on the show. The film has been penciled in for a December 10 theatrical release and a Prime Video release date of December 21.