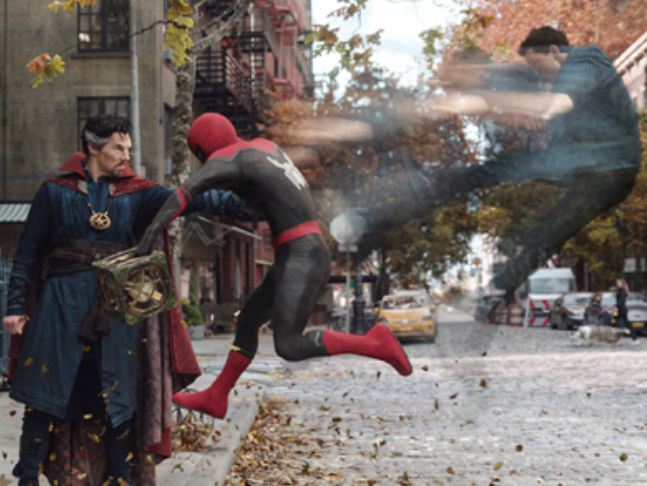 After the trailer of Tom Holland’s and Benedict Cumberbatch’s Spider-Man: No Way Home, got leaked over the weekend, Sony Pictures has now officially dropped the teaser trailer for the upcoming highly-anticipated film which is the third Spider-Man film to be a part of the Marvel Cinematic Universe. Understandably, the first official teaser trailer has broken the internet and got the fans hyperventilating with what’s in store for them.

Holland reprises his role of Peter Parker aka Spider-Man with Cumberbatch once again stepping into the shoes of Doctor Strange. The trailer follows directly from the mid-credits scene in the last film, Spider-Man: Far From Home, which released in 2019. The film had the superhero’s secret identity exposed by Jake Gyllenhaal’s Mysterio and JK Simmons in a surprising appearance as J Jonah Jameson which poses newfound problems for our friendly neighbourhood Spider-Man. So, in order to find a way out, he ropes in the help of Doctor Strange so that he can perform a spell and make everyone forget that Peter Parker is Spider-Man. However, all hell breaks loose as the spell goes awry thanks to Peter’s inability to think his wish through and distracting Strange when he was performing it causing some discrepancies in the multiverse.

Towards the end of the trailer, we also get glimpses of Alfred Molina’s Doctor Octopus and Willem Dafoe’s Green Goblin. The film also stars Marisa Tomei and Zendaya who will reprise the roles of MJ and Aunt May respectively.

Spider-Man: No Way Home releases in theatres on December 17.