Advertisement
HomeHOLLYWOODNews‘I will go down in history, you will never meet an actor who turned down more money,’ quips Matt Damon revealing James Cameron offered him lead role in ‘Avatar’ with 10 percent profit

‘I will go down in history, you will never meet an actor who turned down more money,’ quips Matt Damon revealing James Cameron offered him lead role in ‘Avatar’ with 10 percent profit

Matt Damon’s decision of walking away from a role in James Cameron’s Avatar will probably go down in the biggest blunders in movie history and looks like the actor is still a little sore over his choice. The actor, who is currently in Cannes took part in a masterclass at the event and revealed that Cameron had originally wanted him in the film.

According to an online portal, Cameron had offered Damon the lead role, later played by Sam Worthington and a percentage of the film’s profits. However, this was all before the release of the film and hence benefit of doubt should be given to the actor for not doing the film as he wasn’t sure. Talking about Avatar he said, “I was offered a little movie called Avatar, James Cameron offered me 10% of it. I will go down in history… you will never meet an actor who turned down more money.”

Matt Damon turned down 10 percent of Avatar in order to stick with Bourne and Ocean franchises. Cameron patted him on the back. John Krasinski told Damon nothing would be different except they’d be in space! “The sequels!,” Damon groaned. He’d work for Cameron for free, he said.

The amount that Damon could have pocketed from Avatar would have been close to $284 million, considering the original film brought in $2.847 billion. That’s a lot to turn down, but Damon had a good reason and took the ‘moral’ route for fans of Jason Bourne franchise. He was shooting for the Bourne sequels and did not want to leave the fans hanging and take up Avatar. 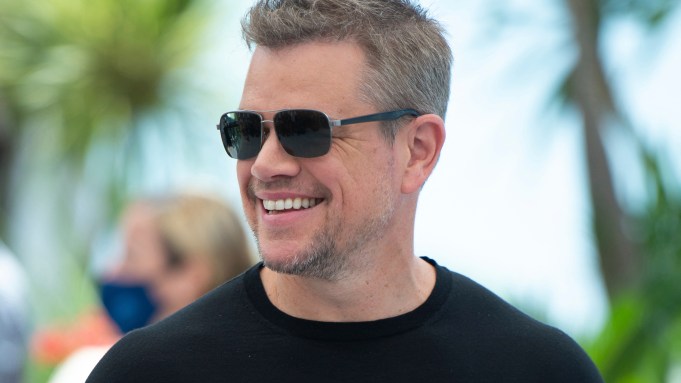 He also recounted the first time he shared the story with regular collaborator John Krasinski. He remembered Krasinski rising from the table in total shock before saying, “Nothing would be different in your life if you had done Avatar, except you and me would be having this conversation in space.” When someone in the audience yelled that Cameron is making sequels, the actor joked and said, “There’s sequels? Oh my god.”

Cameron made Avatar with Worthington who will reprise his roles in the sequels. However, he did not get the same offer by Cameron as Damon. Damon is at Cannes for his film Stillwater that earned  a standing ovation. Damon's sole Oscar win came from Good Will Hunting in 1997, famously sharing screenwriting credit with Ben Affleck. He was nominated for Best Actor three times, for Good Will Hunting, Invictus and The Martian, and earned a producer nomination for Manchester by The Sea in the Best Picture category that starred Casey Affleck in the lead.