Advertisement
HomeHOLLYWOODNewsAfter not getting clearance to travel, pregnant Meghan Markle sends a special handwritten letter along with a customized wreath for Prince Philip's funeral

Duchess of Sussex Meghan Markle could not attend Prince Philip's funeral but she paid her last respects as she sent a handwritten note with a wreath to be laid for Duke of Edinburgh at his funeral service in the UK on Saturday. As per reports, Meghan, the wife of Prince Harry, was not given clearance to travel to the United Kingdom by her physician as she is pregnant with her second child.

A Vanity Fair report said that even though Meghan wasn't able to fly down for the funeral, she arranged 'with Harry to send a wreath to be laid in the Duke of Edinburgh’s name'. The handmade wreath, the report said, is designed by Willow Crosley, who has worked with the couple several times in the past. She designed the flower arrangements for a section of their wedding in 2018, and then for their baby Archie's christening a year later. 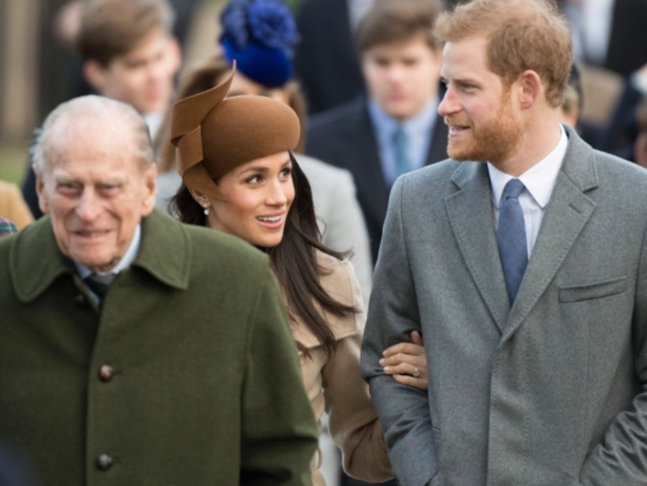 The wreath reportedly had a number of 'symbolic touches', the report said, 'including Acanthus mollis (Bear's breeches) as the National flower of Greece and Eryngium (Sea Holly), to represent the Royal Marines.' The roses were a 'nod to the Duke’s birth month, June.'

While all the members of Britain's royal family had gathered in Windsor, England, for the funeral of Prince Philip, who died at the age of 99, the Duchess of Sussex, who could not attend the ceremony made sure that the Royal Family knew her thoughts were with them. She reportedly watched the funeral on television from her home in the US.