There is some exciting news coming from the Disney stable about the sci-fi franchise Tron. The latest buzz is that Garth Davis has been roped in to direct the next instalment starring Jared Leto in the lead. Davis has been better known for smaller art films such as 2018’s Mary Magdalene and the critically acclaimed 2016 drama Lion that received six Oscar nominations including Best Picture.

Tron would be Davis’ first big budget project and according to media reports he aggressively pursued the job. David coming on the project signals the next instalment but insiders still stress that the greenlight has not been given and an official confirmation is still awaited. However, Leto took to social media to announce that he indeed is involved in the project and gave away the title of the film as well, but deleted the tweet immediately after. Turns out, some devoted fans took a screenshot and posted it on social media confirming about Tron 3. The film’s title as shared by Leto is Tron: Ares. However, it could only be a working title and could be changed later. 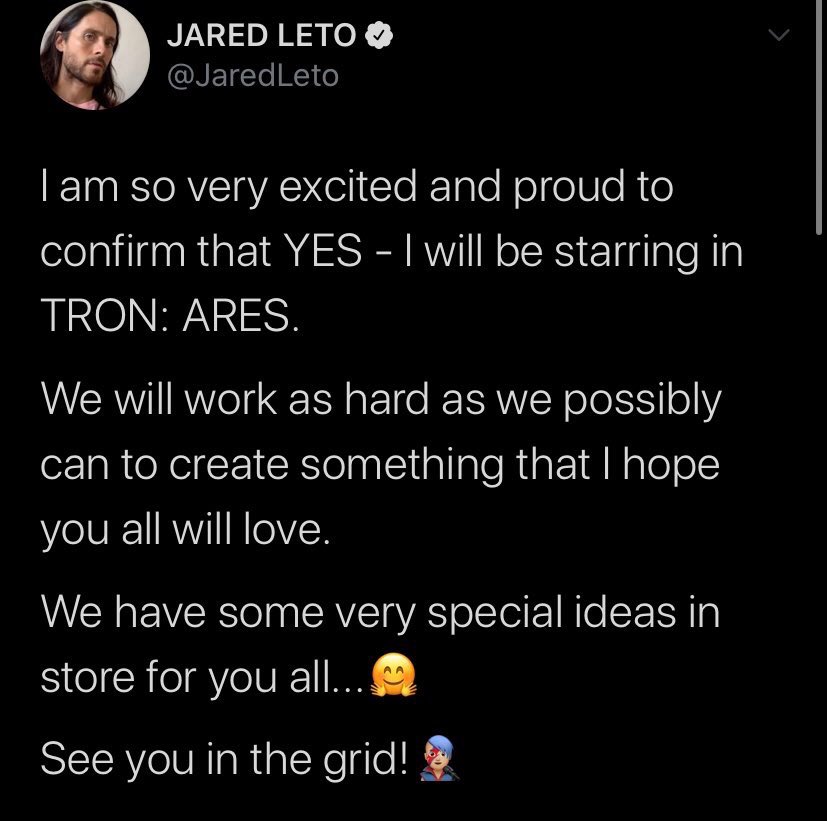 RECOMMENDED READ: What! Jared Leto just found out about the Coronavirus pandemic after returning from his 12-day meditation in the desert

The original 1982 film starred Jeff Bridges and was set inside the computer program called the Grid, where a computer hacker is abducted and forced to take part in gladiator games. The film wasn’t a hit but gained popularity after it started streaming on television. A sequel, Tron: Legacy was released in 2010 with Bridges reprising his role and Garret Hedlund and Olivia Wilde joining the franchise.